Black churches, which have a complex relationship with religion and politics, are divided on the abortion issue. 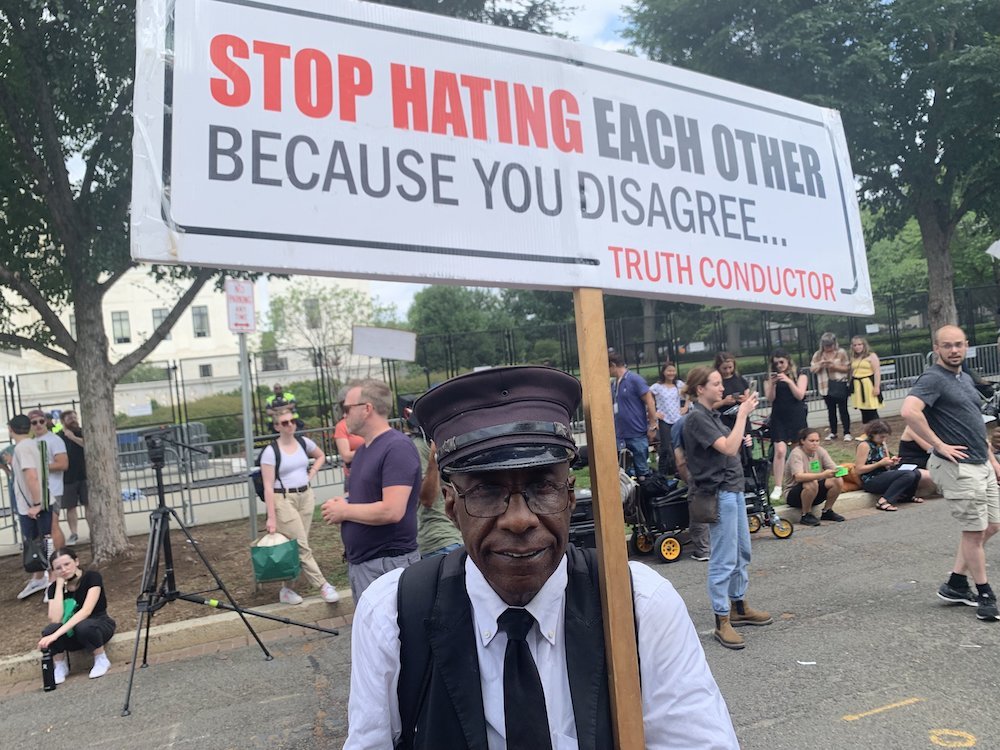 For many Americans, abortion and overturning Roe v. Wade are key issues in the midterm election. The black church, which is divided on the issue, is no exception.

The decision to negate a 50-year law, which secured the constitutional right to abortion, caused celebration in some quarters and fear in others, which railed against the control of women’s bodies and the health dangers the ruling would bring.

The day the Supreme Court voted 6-3 to overturn Roe sparked joy among many evangelicals and people of faith. It was one of the top issues pushed by Republican lawmakers.

Yet many black American pastors aren’t jumping on the spiritual caravan with white evangelical churches that largely vote Republican. Black churches have a complex relationship with religion and politics.

Some see the Roe decision as a win for right-wing Republicans determined to turn back the clock regarding race relations and civil rights. And while some black churches and pastors support the ruling, many others do not.

“I’ve always believed a patient’s room is too small a space for a woman, her doctor and the United States government,” said Sen. Rafael Warnock (D-Georgia).

Warnock is also senior pastor of the Ebenezer Baptist Church in Atlanta, which was the home church for Dr. Martin Luther King. Warnock is locked in a difficult re-election campaign against former Dallas Cowboys running back Herschel Walker, who is a social conservative. (Walker has also been accused by former lovers of financing their abortions.)

“The Supreme Court’s decision to overturn Roe v. Wade ends a core protection for women to make their own health-care decisions and is a departure from our American ideals to recognize and protect basic rights,” Warnock said in a statement.

“This misguided decision is devastating for women and families in Georgia and nationwide.”

The 6-3 decision to reverse Roe V. Wade came June 25, the morning after many of the titans of the African American church took part in a gala honoring iconic leaders in the church. “Blessing of the Elders” was held at the Museum of the Bible.

“Our hope for Blessing of the Elders is to honor — past and present — black pastors who have impacted America with their significant ministry,” said Harry Hargrave, CEO of Museum of the Bible, in a statement.

The ministers selected are champions among blacks and whites and during their acceptance, most checked their politics at the door. But if one listened carefully, some speakers focused on the historical roots of their church traditions.

“What am I thinking about? “Perkins said as he accepted his medallion.

Rev. Tony Evans, pastor of Oak Cliff Bible Fellowship in Dallas and host of the Urban Alternative TV program, had a message for evangelicals as he accepted his award. “God is not asking the church to fix the White House. If God is your problem, it doesn’t matter who you elect.”

Instead of preaching and making a long speech, Bishop Jakes used the occasion to honor his grandfather Thomas Dixon Jakes Sr. who was drowned in Mississippi on June 9th, 1928.

Historians say Jakes Sr. died on his lunch break after he got into an argument with a mob at the plant where he worked. In his acceptance speech, he said:, “I’m safe to be here &mldr; Let us march on.”

Protestors in front of the U.S. Supreme Court in June after the decision to overturn Roe v. Wade. HAMIL HARRIS

Rev. William J. Barber II is president and senior lecturer at Repairers of the Breach and co-chair of the Poor People’s Campaign: A National Call for Moral Revival. “The state can’t make laws to enforce gun laws, but can regulate a woman’s body. Hypocrisy,” Barber said in a tweet. “This is the criminalization of a woman’s health decision.”

Barber, who drew thousands to Washington, D.C., last Saturday, also tweeted: “We must now hear what Fredrick Douglas said after the Dred Scott decision. “We must intensify and embolden our agitation.”

Sen. Warnock said the Roe V. Wade reversal is the beginning of a new civil-rights battle. “Our work to restore the right of women to determine and access their own care must continue. I’ll never back down from this fight because women should be able to make their own health-care decisions.”

However, some black pastors applaud the decision.

“Bishop Mathews can speak on his experience as a black humanitarian and Christian leader who prayed and worked diligently for this day to arrive.”

The Washington Post and other outlets reported on protests around the country in response to the Supreme Court decision, including pledges from pro-life/anti-abortion activists to protect churches with rifles and threats from pro-choice/pro-abortion access activists to burn churches except for black churches.

Senior contributor Hamil Harris is an adjunct professor at the University of Maryland, College Park, a lecturer at Morgan State University and longtime reporter for various outlets, including The Washington Post and USA Today.