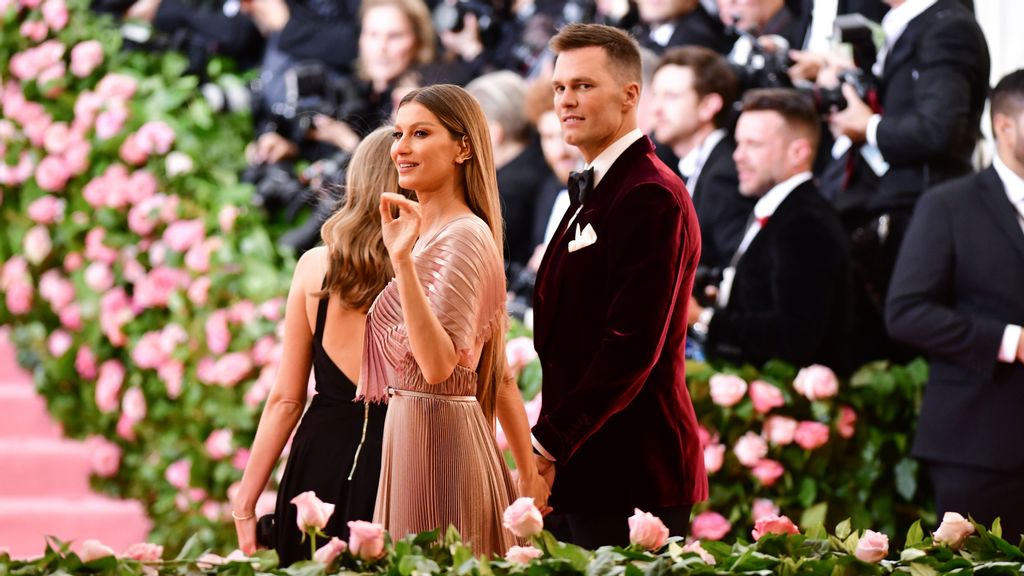 Gisele Bündchen and Tom Brady arrive to The 2019 Met Gala Notes on Fashion at Metropolitan Museum of Art on in May 6, 2019 in New York City in this file photo. The couple annouced their divoce this week. JAMES DEVANEY/GETTY IMAGES.

WASHINGTON — Tom Brady sat at his locker in Raymond James Stadium in his uniform with pads as the rest of his teammates showered and left. The Tampa Bay Buccaneers had just suffered their third loss in a row this time 27-23 to the Baltimore Ravens on national television streamed on Amazon Thursday Night Football. Brady would not speak with the media until after mightnight but, a morning post on social media made it clear more than losing football games was on his mind.

“In recent days, my wife and I finalized our divorce from one another after 13 years of marriage,” Brady said in his post on instagram . “We arrived at this decision amicably and with gratitude for the time we spent together. We are blessed with beautiful and wonderful children who will continue to be the center of our world in every way. We will continue to work together as parents to always ensure they receive the love and attention they deserve””

Gisele Bündchen broke the news to her 40 million Instagram followers in a similar fashion.

“With much gratitude for our time together, Tom and I have amicably finalized our divorce. My priority has always been and will continue to be our children whom I love with all my heart,” she said in her post. “We will continue co-parenting to give them the love, care and attention they greatly deserve.” She continued: “The decision to end a marriage is never easy but we have grown apart and while it is, of course, difficult to go through something like this, I feel blessed for the time we had together and only wish the best for Tom always.”

For the past five years Bündchen had made it clear that she was very concerned about Brady getting a head injury that could alter his health as the couple grew old together. She appeared on CBS This Morning in 2017 where she was vocal about her fear of what might happen to her husband.

“I mean, we don’t talk about it,” Bündchen said during the interview. “But he does have concussions. I don’t really think it’s a healthy thing for anybody to go through.”

Brady announced his retirement last February after the Buccaneers lost to the Rams in the second round of the NFC Playoffs earlier this year.

In 2020 according to Architectural Digest, he and Bündchen bought a 5,772-square-foot plot of land for $17 million on Biscayne Bay that looked out at the Miami skyline, with the goal of building an eco-friendly mansion as their forever home.

But then just 40 days after retiring Brady abruptly came out of retirement to rejoin the Buccaneers for one last Super Bowl run and that set into motion what multiple media sources from People Magazine to TMZ reported was the last straw for Bündchen. She headed to her native Brazil to clear her head while Brady remained stateside to take care of the family.

Brady missed two weeks during the Buccaneers’ training camp this summer and only played for one-half of the final preseason game before starting the season. Brady has skipped some trainings with the team to spend time with his family this season. At present Tampa Bay is 3-5 and Brady is having one of his worst seasons as a professional with nine more games to go.

While he has not yet said it for certain this is likely his final year of what has been a Hall of Fame career for the only man to play in ten Super Bowl games and win seven of them. Fans and supporters of the Buccaneer’s signal caller are about to see if his focus is back after the announcement and with ten days off till they host the Rams he will have plenty of practice time.