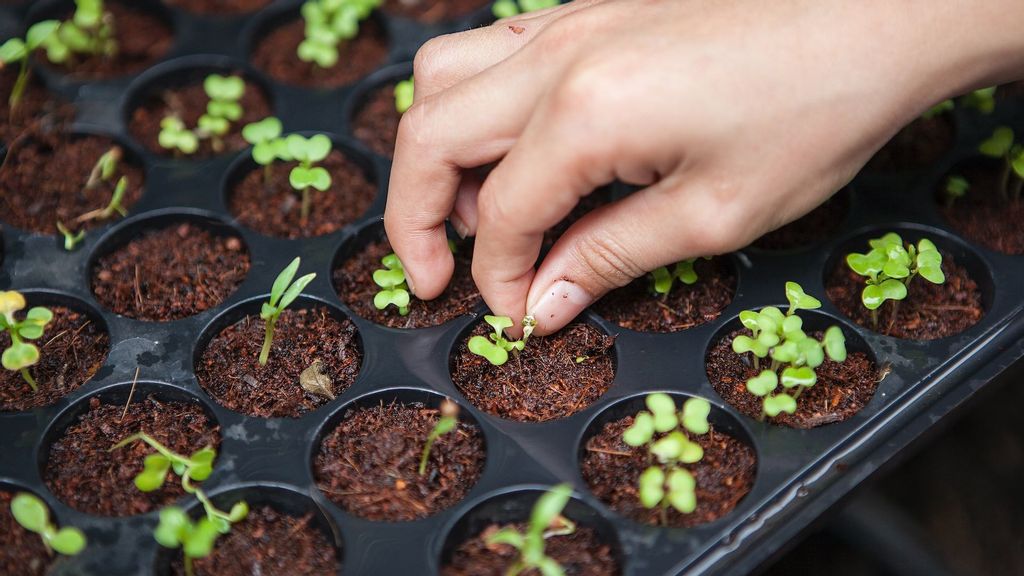 Photo by Joshua Lanzarini on Unsplash

New carbon dioxide ventilators could turn fumes into fertilizer to bring vegetable patches to high-rise rooftops, suggests a new study. Spinach grown near the new air vents grew four times larger than the other plants, according to the findings. The breakthrough is a promising development for healthier city life.

Scientists at Boston University created new technology that turned carbon dioxide (CO2) pumped from building air vents into fertilizer to improve the challenging plant-growing conditions for rooftop plant life. Rooftop farms and gardens are an increasingly popular way of tackling poor air quality and lacking food resources in cities, but they are hard places for plants to grow.

Plants are often smaller and less healthy because the sites get more solar radiation, wind exposure, and the soil is less moist. The researchers decided to intercede by repurposing the CO2 emitted from building exhaust into a fertilizer. Dr. Sarabeth Buckley, now at the University of Cambridge, began growing corn and spinach on a Boston University campus roof in an experiment named BIG GRO.

She said: “We wanted to test whether there is an untapped resource inside buildings that could be used to make plants grow larger in rooftop farms. Creating more favorable conditions that increase growth could help make rooftop farms more successful and therefore more viable options for installation on buildings.”

The group chose corn and spinach because they are common edible plants that are more sensitive to high CO2 levels when they photosynthesize, versus other plants. They expected the vegetables would reap greater benefits from the new fertilizer CO2 vents.

Corn was placed close to the vents to see how vents emitting unusually high temperatures for the time of year might affect growth. Large fans blew at other control plants without any exhaust air, in case air movement from the vents contributed to their growth. Meanwhile, the CO2 levels in the classrooms below were regularly measured to figure out how much extra CO2 the plants were receiving.

Dr. Buckley said: “With the CO2 measurements, high concentrations were found both inside classrooms and at rooftop exhaust vents when people were in the building. CO2 levels averaged above 1000 parts per million — the recommended limit — in classrooms and above 800 ppm — high enough to increase growth in plants — at the rooftop exhaust vents.” While they grew, plants were monitored for size, number of leaves, and wet and dry biomass after harvesting.

The results were striking: spinach grown beside the exhaust vents had four times the biomass of spinach grown next to a control fan. High winds decreased the size advantage of some plants, but they were still twice as large as the controls. But Dr. Buckley cautioned that there was still more work to be done before the system could be used.

She said: “There are still many aspects of this system that must be determined before it can be implemented, such as the optimal air application design and the possible extent of the enhanced growth effect. Also, there is a decrease in growth with increased wind speed, so the optimal wind speed would need to be found and incorporated into the system design.

“We are hoping this could lead to the further development of this system and eventual implementation in rooftop gardens and farms. If that happens, then hopefully more rooftop farms will be installed.

“They could provide a multitude of environmental and social benefits, such as energy savings for the building, carbon draw down, climate mitigation, urban heat reduction, local food production, community building opportunities, and aesthetic and mental health benefits.”

The research team said the advantages of the plants were not solely from the CO2 fertilizing vents. However, they said the study still presents important possibilities for ways CO2 can be reused to improve and protect urban crop yields instead of becoming waste.

The findings were published by the journal Frontiers in Sustainable Food Systems.

«Previous Post
Energy Drinks Are Heavily Promoted — But Do They Work? »Next Post
Strict Parents More Likely To Have Overweight Children