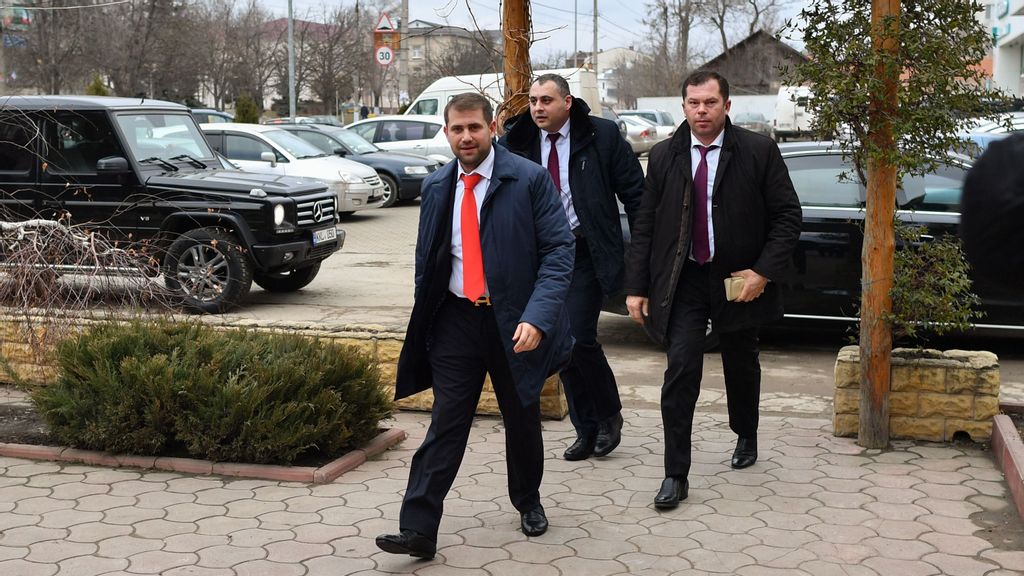 Moldovan businessman arrives to meet with supporters during a campaign event in the city of Comrat on February 15, 2019. PHOTO BY DANIEL MIHAILESCU/AFP VIA GETTY IMAGES)

An Israeli millionaire and his wife were sanctioned by the U.S. Treasury Department on Wednesday, accused of efforts to exert the Russian government’s influence in Moldova.  Among the 21 persons and companies added to those sanctioned by the United States were Ilan Shor and his wife, Sara Lvovna Shor, who is a famous Russian pop singer, actress, model and presenter known by the stage name “Jasmin.” Sara Shor is of Mountain Jew descent from Dagestan. Ilan Shor, the leader of the Shor Party in Moldova, is being sanctioned for directly or indirectly engaging in interference in Moldova’s 2021 elections on behalf of, or for the direct benefit of, Russia’s government.

According to a Treasury Department statement, Russia planned to undermine Moldovan President Maia Sandu and return Moldova to the Russian sphere of influence.  Shor allegedly worked with Russian individuals to create a political alliance to control Moldova’s parliament, which would then support several pieces of legislation that favor Russia’s interests. Shor also allegedly worked with Moscow-based entities in June 2022 to undermine Moldova’s bid to join the European Union as the vote for candidate status was underway and worked with Russia-based oligarchs who supported his party in an attempt to create political unrest, according to the accusations.

Shor was born in Tel Aviv to Moldovan parents who immigrated back to Moldova in the 1990s. His father opened a chain of duty-free stores in Moldova and Shor inherited and expanded the business after his father’s death. Shor was convicted of money laundering and embezzlement of around a billion dollars—an amount equal to an eighth of Moldova’s GDP—from three banks in Moldova in 2014, and funneling the funds to banks in Russia. In 2017, he was sentenced to seven years in prison. Shor fled to Israel in 2019. He is believed to be worth tens of millions of dollars and was considered one of the richest businessmen in Moldova.

Shor’s wife had been named a “honored artist of Russia” by President Vladimir Putin.  “The sanctions imposed today expose not only Russia’s covert strategy in Moldova, but also demonstrate how corruption undermines the rule of law,” said Under Secretary of the Treasury for Terrorism and Financial Intelligence Brian Nelson. “Russian influence operations attempt to exploit weaknesses in target countries in order to destabilize them from within. The United States continues to support Moldovan efforts to combat corruption and counter Russian influence.”