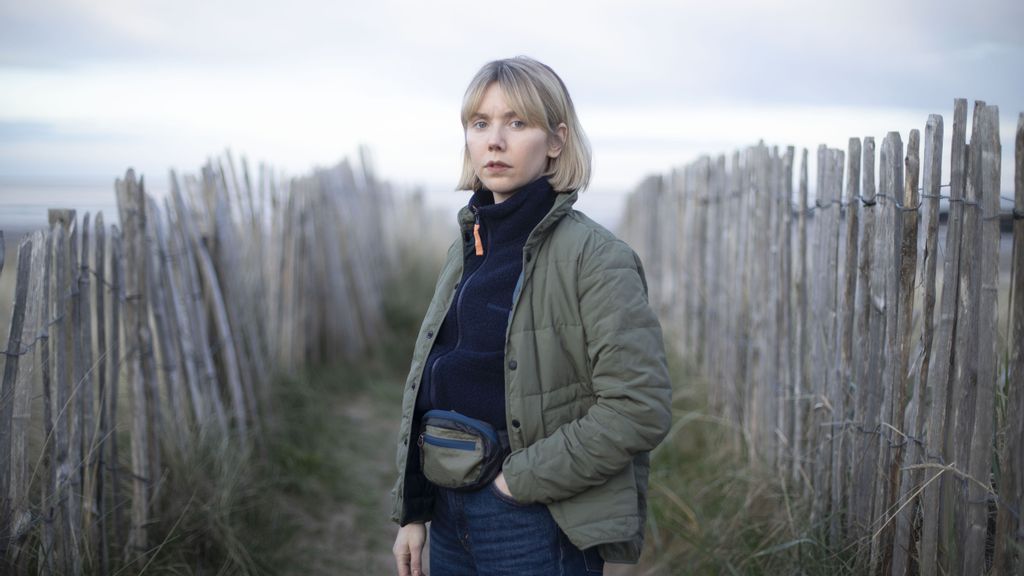 The ITV hit Karen Pirie  played by Lauren Lyle (pictured above) in debuts this week on Britbox in the US  on Oct 21, 2022. (PHOTO PROVIDED BY BRITBOX/PR) © Z News Inc.

This week, Britbox (October 25th) will introduce U.S. viewers to the ITV hit crime drama series Karen Pirie, and the title role is played by (Outlander) star Lauren Lyle, who drew both critical praise from the media while also landing big ratings for the network. Many U.S. fans are already excited about the show because it comes from the same producers of mega hits Line of Duty and Bodyguard.

So, what is the show about?

DS Pirie is put in charge of reopening a murder investigation that has been the subject of a controversial true-crime podcast. The case focuses on a teenage barmaid by the name of Rosie Duff, who was found brutally murdered in a St. Andrew’s graveyard in 1996. Suspicion fell on the three male students who discovered her body.

We don’t see many women get the chance to land the lead role in a gritty crime, drama, or mystery show, no matter if it is in the U.K. or the U.S., something not lost on Lyle.

“I was filing Outlander when I got the news from my agent that they wanted me to play Karen Pirie, and we both flipped out because this is a proper leading role and one where this is your own show. I can’t believe that I was given this wonderful part that was written so brilliantly. I know these parts don’t come along very often for a young woman to star in a big-time crime/mystery drama, and I was the lucky one to get it,” Lyle was excited to proclaim.“

Lyle is also aware that when you are the star of the show, with the glory comes the hard work.

“I know there is a huge responsibility that comes with getting this role. You are the face of the show, and you must set the tone on the set. That said, things are much easier when the writing is brilliant and the cast and crew are so amazing. Add to that, everyone really loved being part of the team, plus we had the support of the network. We all kind of ran around saying, ”I can’t believe we are doing this show the way we all wanted to see it unfold.”

DS Pirie faces the challenge from her male colleagues, many of whom are more than a bit skeptical that such a high-profile case should go to a young woman lacking the experience they feel it takes to solve the case. Lyle felt that her character needed to embrace those doubts and meet them head-on.

“I thought it was important for Karen not to fall into one of those stereotypes of a sexy detective or a woman who is divorced or has a drinking problem or any of those old roles we often see,” mused Lyle. “I wanted her to be a fresh-faced woman in her 20s who is sexual but can’t be bothered with makeup. She is driven at the start of what she hopes will be a long career and wants to prove she deserves to be taken seriously and wants to show the world will solve this case.”

Despite the serious nature of the story, the show does have its moments of humor. Those lighter moments help to move the story along.

“One of the many things I like about playing Karen is that she doesn’t have time for the daily pleasantries in these stuffy police situations. When, for instance, she enters a room and all the men stand, she thinks this is ridiculous,” says Lyle. “I love her deadpan responses in these scenes that make her funny and delightfully sarcastic, giving her the ability to make big men feel very small.”

Karen Pirie dropped on October 25th, Tuesday, on Britbox, and it is adapted by Emer Kenny (Father Brown) from Val McDermid’s best-selling series of novels. The show deals with mature themes and harsh language.