Energy Drinks Are Heavily Promoted — But Do They Work?

Sports drinks have changed the lucrative beverage industry — but many of its claims are unproven. 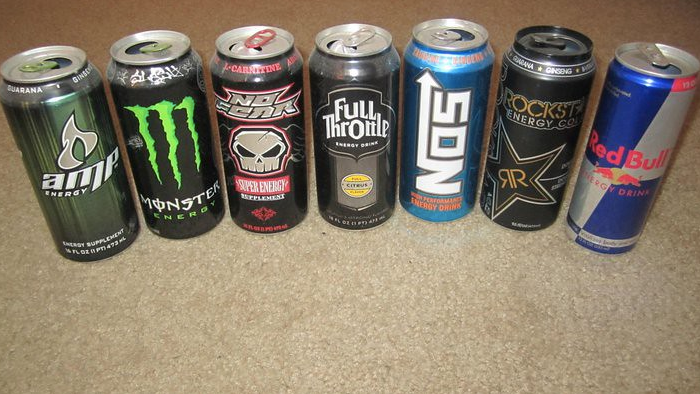 The global energy drinks market size was valued at $86 billion in 2021.  (Flickr)

There is a wide chasm between marketing and science. But in the lucrative beverage industry, the lines have become blurred.

People have more nonalcoholic drink choices than ever, ranging from traditional carbonated beverages to new lines that associate their products with energy, alertness, physical fitness and hydration.

But most consumers do not know if the claims about the products are true.

What is true is that sales are skyrocketing.

Sport-energy drinks are also big business. The global energy drinks market size was valued at $86.3 billion in 2021 and is expected to expand at a compound annual growth rate of 8.3% from 2022 to 2030, according to Grand View Research. The United States is the world’s largest consumer of sport-drinks, with sales expected to reach $29.9 billion by 2025.

In 2020, Coca-Cola was ranked as the leading carbonated soft-drink company in the U. S. with a volume market share of 44.9 percent. Ranked second, PepsiCo garnered a volume share of 25.9 percent that year, according to Statistica.

But in the 1960s, Americans became more health-conscious about consuming fatty foods, meats, starches and sugars. This prompted the traditional carbonated drink producers to find alternatives to cane sugar. The result was a variety of drinks with little or no sugar content.

In 2018, nearly 52 percent of American consumers aged between 30 and 49 years had had Coca-Cola Zero within the previous month. Some of the biggest companies in the world produced carbonated soft drinks: among them are Keurig Dr Pepper and PepsiCo, which had global net revenue of $11.6 billion, and $70.4 billion U.S. dollars, respectively.

Today, about 60% of beverages sold have zero sugar, according to the American Beverage Association. This includes soft drinks, teas, sports drinks, as well as sparkling and flavored waters. This category of health-conscious drinks has also exploded into post-workout and rehydration drinks, such as Gatorade (a division of PepsiCo) and Powerade (owned by Coca-Cola).

This industry category is dominated by the three largest manufacturers, which also are the biggest sponsors of the American Beverage Association (ABA). The Coca-Cola Company, Keurig Dr. Pepper and PepsiCo offer more than 400 different beverages with low or no sugar, including sparkling, flavored, and bottled waters to zero sugar sports drinks, teas, and sodas, the ABA said.

To this end, in September 2014, the American Beverage Association, The Coca-Cola Company, Dr. Pepper Snapple Group (now Keurig Dr Pepper), PepsiCo, and the Alliance for a Healthier Generation committed in September 2014 “to help reduce liquid refreshment beverage calories in the American diet nationally by 20% by 2025,” according to the 2025 Beverage Calories Initiative Report.

This effort seems to be working. The same report found that from 2014 to 2020, “per person water volumes – including sparkling waters – grew by 36.6 percent” with water’s share of LRB grew by 9 percentage points over that period.”

Even Sports Drinks Are Calorie Conscious

While energy drink and sports drink consumption have both increased since 2016, the gains are from no-calorie versions of these drinks. The 2025 Initiative Report found that while people are drinking more volumes of no-calorie drinks, they are consuming fewer calories per person.

While ABA data found that the rehydration-sports drink category only accounts for 4.8 percent of all beverage sales in 2020, (compared to water at 44.8 percent), sports-rehydration drinks are the most controversial.

Their main appeal is to people who are physically active. These drinks have also been heavily promoted by athletes who drink and endorse sports drinks, such as Kobe Bryant who invested in Body Armor, and NFL player Terrell Davis, an investor in the cannabis-infused drink Defy.

Sports drinks were created to address the issue of rehydration to replace the loss of water, due to exercise or physical exertion.

Before the invention of sports drinks in the mid-1960s, athletes suffered from heat-related sickness. In the 1960s, up to 25 football players annually died when their bodies became overheated. Players in Florida, for instance, lost up to 15 pounds each game due to water loss. The conventional remedy at the time was to drink water, which often produced stomach aches.  Athletes who ate salt tablets complained of leg cramps, author Darren Rovell wrote in “First in Thirst: How Gatorade Turned the Science of Sweat Into A Cultural Phenomenon.”

Before the invention of sports drinks, “marathon runners were discouraged from drinking fluids for fear that it would slow them down,” says Professor Tim Noakes of Cape Town University.  … At the first New York marathon in 1970, there was little discussion about the role of hydration; it was thought to have little scientific value,” Deborah Cohen wrote in a 2012 article in the “British Medical Journal.”

That changed, due to a combination of medical and product marketing. Beverage companies began sponsoring scientists who created “a whole area of science dedicated to hydration.

“These same scientists advise influential sports medicine organizations, which have developed guidelines that have filtered down to everyday health advice,” Cohen wrote.

The first sports rehydration drink was Gatorade, developed by Robert Cade in 1965, working at the University of Florida. The original Gatorade formula was a mix of sodium, potassium, glucose and lemon juice.

Gatorade was also a marketing powerhouse.

In its early years, the company spent 40 cents of every dollar earned on marketing. It became the official drink of the NFL. It was the first sports drink sold in convenience stores. Michael Jordan reportedly drank  four bottles of Gatorade during every game. The New York Times ranks Gatorade alongside Coca-Cola, Pepsi and Budweiser as being the top brands of this century. But the scientific evidence for some claims made by sports drinks has been questioned by doctors in the U.S. and Britain.

Dr. Grant Lipman, an ultra-marathoner and clinical professor of emergency medicine at Stanford College of Medicine, found in a study he co-authored: “Electrolyte supplements are promoted as preventing nausea and cramping caused by low salt levels, but this is a false paradigm.” He also wrote: “They’ve never been shown to prevent illness or even improve performance — and if diluted with too much water can be dangerous.”

“In the past, athletes were told to make sure they are taking electrolyte supplements and drinking as much water as they can,” Lipman said. “It was generally thought that would prevent things like muscle cramping, electrolyte imbalances and dizziness. But there is currently no evidence to show this is true,” he noted a post on the Stanford University Medical School website.

Instead, Lipman and his co-author, Brian Krabak, MD, at the University of Washington, Seattle, found the bigger danger came from extreme sodium levels. This condition called hypernatremia, happens when sodium levels are elevated. This condition is associated with dehydration and exercise-associated hyponatremia (EAH).

“This condition is caused by a drop in sodium levels. EAH can lead to altered mental status, seizures, pulmonary edema and even death. There have been 14 such documented fatalities since 1985, according to previous studies,” according to the Stanford Medical School site.

“Electrolyte supplements are promoted as preventing nausea and cramping caused by low salt levels, but this is a false paradigm,” Lipman said. “They’ve never been shown to prevent illness or even improve performance — and if diluted with too much water, they can be dangerous.”

“The reality is dehydration is not as dangerous as over hydrating,” Lipman said. “Dehydration and hypernatremia can cause similar symptoms to EAH, which can be easily confused, especially in the heat, but it’s rarely fatal.”

Caffeine is a Key Ingredient

While hydration is a marketing hook for many drinks, so is “energy.” However, the key ingredient in energy drinks, such as Red Bull, Monster and Rockstar, is caffeine, promoted to fuel mental and physical stimulation. Caffeine works by raising the body’s circulation of chemicals, such as cortisol and adrenaline.

The average amount of caffeine in most 250 ml sized cans of energy drinks is 80 mg, which is about the same as a cup of coffee. Most energy drinks contain about 120 mg per 12 ounces, according to the Harvard School of Public Health.

Excessive caffeine intake has been associated with increased stress, aggressive behavior, alcohol/cigarette abuse, raised blood pressure, a higher risk of obesity, Type 2 diabetes, irregular sleep and stomach problems. While the FDA has caffeine guidelines on energy drinks, they are rarely enforced, according to the Harvard School of Public Health.

New Drink Ingredients on the Horizon

In the search for new products and markets, sports-drink producers have been launching drinks infused with either THC (delta-9-tetrahydrocannabinol), hemp, CBF (cannabigerol), or CBD (cannabidiol, a phytocannabinoid extracted from the hemp plant). Even though the scientific evidence on how and whether these ingredients boost athletic performance is not yet proven, early sales show it’s a product that has marketing potential.

Cannabis beverages worldwide are projected to increase from $915.06 million in 2021 to $1.9 billion in 2028 at a CAGR of 54.31% in the forecast period, according to Fortune Business Insights.

One of the first in this market was Defy, launched in 2019, which advertises that it helps exercisers “boost, hydrate and recover.” Promoted by NFL player Terrell Davis, the CBD in the drink is reported to reduce inflammation.  In August 2020, Truss Beverage launched five new cannabis-infused products in Canada, Fortune Business Insights reported.

In May 2022, Theory Wellness, a cannabis company operating in Massachusetts and Maine, launched Hi5 Energy, a cannabis-infused energy drink. The drink contains 80mg of caffeine, the same as a cup of coffee, and 5mg of THC. But because cannabis is a Class 1 substance, it cannot be shipped across state lines. Yet, despite the regulations, demand is high.

“Sales have been strong and continued to grow in the cannabis beverage category with our Hi5 products. We remain bullish on this category and have continued to grow our portfolio beyond seltzer and into energy drinks,” Thomas Winstanley, chief marketing officer of Theory Wellness told Zenger via email.  “It’s clear that cannabis and non-cannabis consumers like this method of consumption that provides a more controllable experience and is an alternative to alcohol.”