Deadly Tropical Cyclone Unleashes Months’ Worth Of Rain In Bangladesh 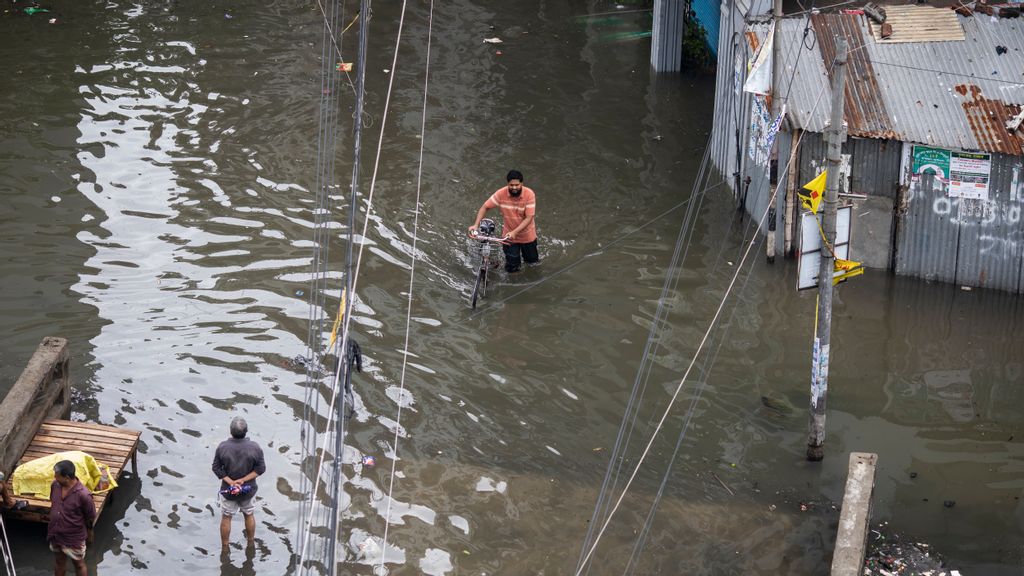 A powerful tropical cyclone turned deadly after it slammed Bangladesh with torrential rainfall and damaging winds early this week. The storm left thousands stranded and millions without power after dumping more than a foot (300 mm (0.98 feet s) (0.98 feet)) of rainfall across a large swath of the country.

At least 24 people were killed this week and about 8 million were without power after Cyclonic Storm Sitrang brought devastating impacts to Bangladesh, according to The Associated Press.

Eight of these deaths occurred Monday night when a dredger, a barge with a large crane, capsized in the turbulent waters of the Bay of Bengal. At least 16 others died in separate incidents across the country that were related to drowning, falling trees or collapsing structures.

Nearly 20,000 people in the coastal district of Bhola were stranded early this week after flooding triggered by coastal surges cut off the district, the AP reported.

AccuWeather forecasters had been monitoring the opportunity for a tropical cyclone to form in the Bay of Bengal since the middle of October. As AccuWeather predicted, Cyclonic Storm Sitrang developed in the central Bay of Bengal Sunday afternoon.

Sitrang maintained its strength early in the week as it headed north toward the coast of Bangladesh. A cyclonic storm in the Indian Ocean basin is equivalent to a tropical storm in the Atlantic and East Pacific basins.

Ahead of Sitrang’s landfall, local authorities worked to evacuate hundreds of thousands of people in harm’s way, according to the AP.

Sitrang made landfall south of Barisal, Bangladesh, a few hours before midnight Monday evening as a cyclonic storm, according to the India Meteorological Department, which is the authority for tropical weather forecasts for the basin.

Even ahead of landfall, Sitrang had begun to unleash torrential rainfall across Bangladesh. Heavy rainfall deluged the country Monday and continued to fall for a time Tuesday.

Dhaka, the capital city of Bangladesh, typically records about 3.5 inches (85 mm (0.28 feet s) (0.28 feet)) of rainfall throughout the month of October. One reporting station in the city recorded an astonishing 17 inches (434 mm (1.42 feet s) (1.42 feet)) in just 48 hours as a result of Sitrang. This means parts of the city received up to five times the average monthly rainfall over the course of just two days.

By noon Tuesday, local time, Sitrang had lost enough wind intensity to be considered a well-marked area of low pressure over northeastern Bangladesh.

As impacts from Sitrang come to a close, forecasters say Mother Nature will cooperate and provide more tranquil weather for those left picking up the pieces.

“The region should have dry weather the rest of this week into at least early next week now that the southwest monsoon has withdrawn from all of India,” Nicholls said.

While cyclones heading into Bangladesh are not rare, the last named cyclone to strike Bangladesh was Severe Cyclonic Storm Mora back in May of 2017, according to Nicholls.

In fact, the northern Indian Ocean has two peaks in tropical activity each year.

“The first peak is pre-monsoon, or April to June, and the other is post-monsoon, or late September to October or even December,” Nicholls explained.