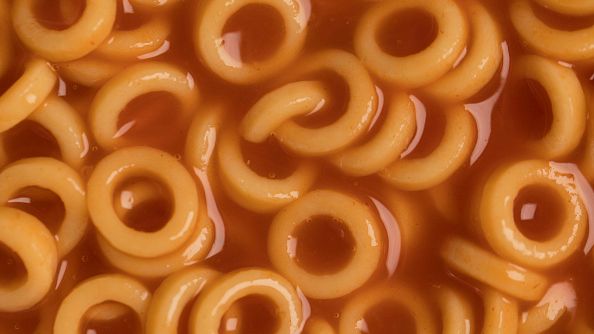 Eating ultra-processed junk food like sausages and candy makes us overweight by decreasing the amount of energy gained from your diet, scientists have revealed.

Consuming these unhealthy foods can lead to dietary protein dilution, meaning the protein in people’s diets provides less energy than other healthier foods. The research was presented at this year’s International Congress on Obesity in Melbourne.

This dilution has contributed to the obesity epidemic because to get the necessary amount of protein that the body needs, people must eat more food, such as carbs. Scientists warn that 57 percent of adult Americans’ energy intake now comes from ultra-processed food.

The researchers also looked at discretionary foods. These are highly processed foods that are high in added sugar, saturated fats, added salt or alcohol.

Dr. Amanda Grech, a nutrition epidemiologist and accredited practicing dietitian, working as a research fellow at the University of Sydney, and co-author of the study, said: “Foods that we would describe as unhealthy, whether termed discretionary foods or ultra-processed foods, comprise a substantial proportion of energy intake and increased intake results in protein dilution in the diet and higher energy intakes.”

This method allows multiple components to be observed at the same time, letting researchers observe how nutrients interact – whether a change in one nutrient causes a change in another.

The researchers also studied how these foods affected body mass index. They found that the more ultra-processed or discretionary foods people ate, the higher their BMI was.

They revealed that the average BMI of people who ate the least discretionary foods was 28.4, while those who ate the most reached 29.9.

This was also true with people who consumed more ultra-processed foods. Those who ate the most had an average BMI of 30.5, while those who ate the least had a score of 27.8.

Despite people having varying diets, the study found that people consume a fixed target of protein each day.

Dr. Grech says: “In this study, we found that regardless of how much discretionary food or ultra-processed food was consumed, participants consumed 1400 kJ (334 calories) of protein.

“The consequence of trying to achieve our protein target each day is that we over-consume carbohydrates and fats when the foods we consume are ‘protein diluted’ in order to achieve this, elevating total energy intake.”

Yet while the best thing for our health is to avoid eating too many ultra-processed foods and discretionary food, it is easier said than done.

Dr. Grech said: “We should avoid foods with cheap fats, sugars and refined starches with lots of colorings, flavorings and artificial preservatives – these are ultra-processed foods and include foods such as ready meals, commercial breads, processed meats, fast foods, confectionary and snack foods.

“Instead we need to replace them with minimally processed foods including fruits, vegetables, whole grains and lean sources of protein such as fish, legumes, eggs, whole nuts or poultry and small amounts of dairy products.”