Powerful storms tore through portions of Europe to end the weekend and left plenty of damage. 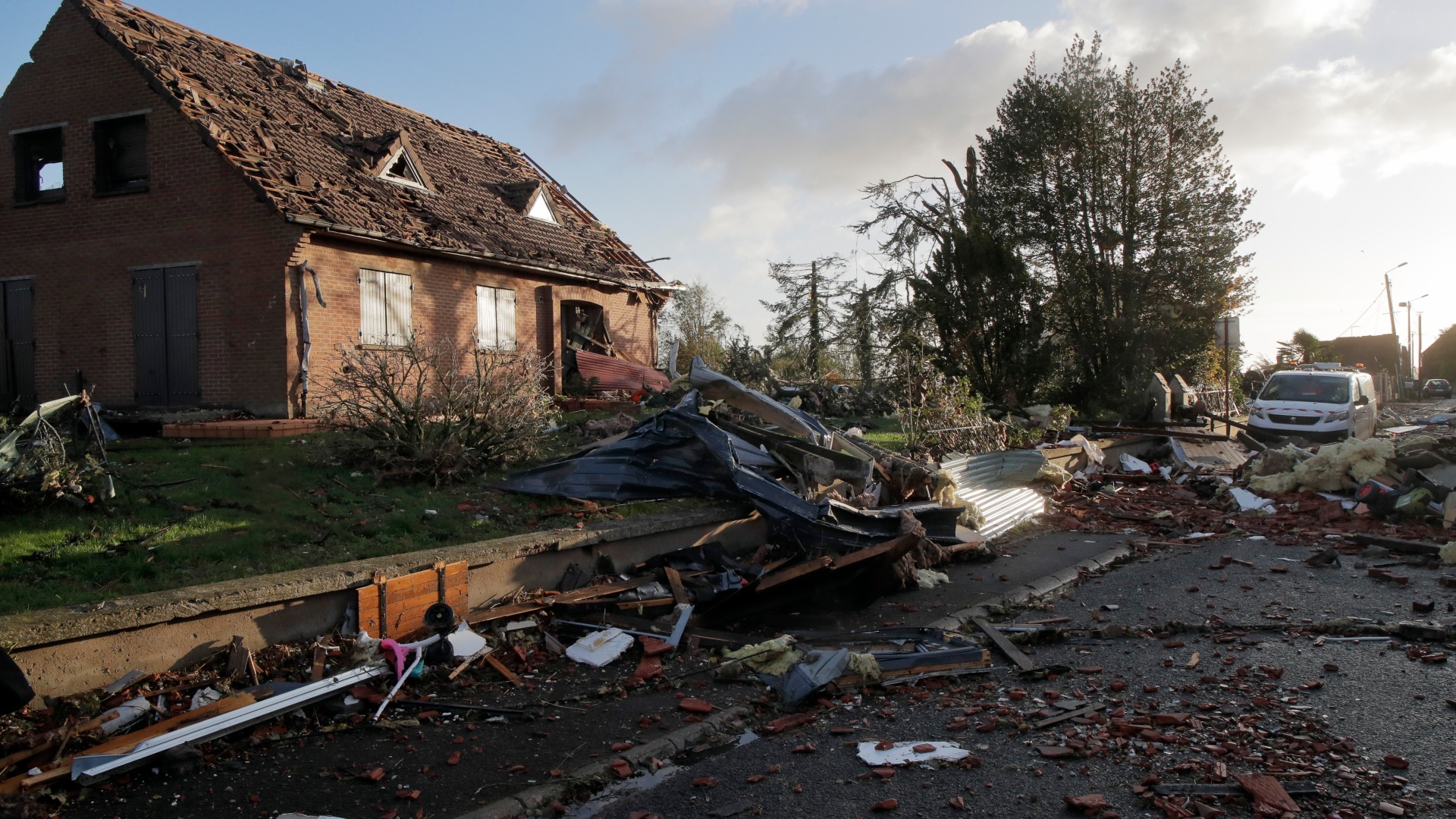 Powerful storms tore through portions of Europe to end the weekend and left plenty of damage in their wake. Residents across parts of northern France and southeastern England were left to pick up the pieces after powerful winds, drenching rain and even a few tornadoes ravaged the regions.

Severe thunderstorms roared to life on Sunday afternoon as a potent storm system swept across Western and Northern Europe.

At least one person suffered minor injuries in northern France on Sunday as a result of severe weather, according to The Associated Press.

Northern France was hit hardest by Sunday’s severe thunderstorms. Much of the damage from the event was reported in the Hauts-de-France and Normandy regions that border the English Channel.

These storms unleashed every possible severe weather hazard as they paraded across northern France and southeastern England. Reports from the area included instances of wind gusts in excess of 50-65 mph (80-105 km (344505.00 feets)/h), hail larger than baseballs and heavy rain.

In addition, at least three reports of tornadoes were recorded on Sunday. Two of these reports were in France’s Hauts-de-France region. The other was reported about 40 miles (65 km (213265.00 feets)) southeast of London in the Village of Addington.

Bihucourt mayor Benoit-Vincent Caille described the scope of the damage to a local news outlet, saying that storms, “ravaged the near-totality of the village. … Some homes were razed, collapsed, there were roofs ripped off. The church is partially destroyed.”

Video from London on Sunday showed winds howling through streets, turning fallen leaves into projectiles as people ran for cover.

South of London, a video taken inside a restaurant in East Croydon showed powerful winds sending chairs flying down the street as a patron trapped in the elements clung to a secure table. In the dramatic video, restaurant staff could be seen working together to pull the patron to safety.

As of Monday, dozens of power cuts had been reported across southeastern England, according to UK Power Networks.

AccuWeather forecasters say the same storm system that brought severe storms to life on Sunday across portions of England and France had impacted other parts of the European continent earlier in the weekend.

“On Saturday, this storm brought strong winds to Spain and Portugal and was given the name Beatrice by AEMET, Spain’s weather service,” AccuWeather Meteorologist Alyssa Smithmyer explained.

As the storm system pushed eastward on Sunday, it was able to tap into a surplus of energy in the atmosphere. This energy allowed the thunderstorms that developed to strengthen to dangerous levels, forecasters said.

“The intensity of storms that developed on Sunday was quite impressive for this time of year,” Smithmyer added.