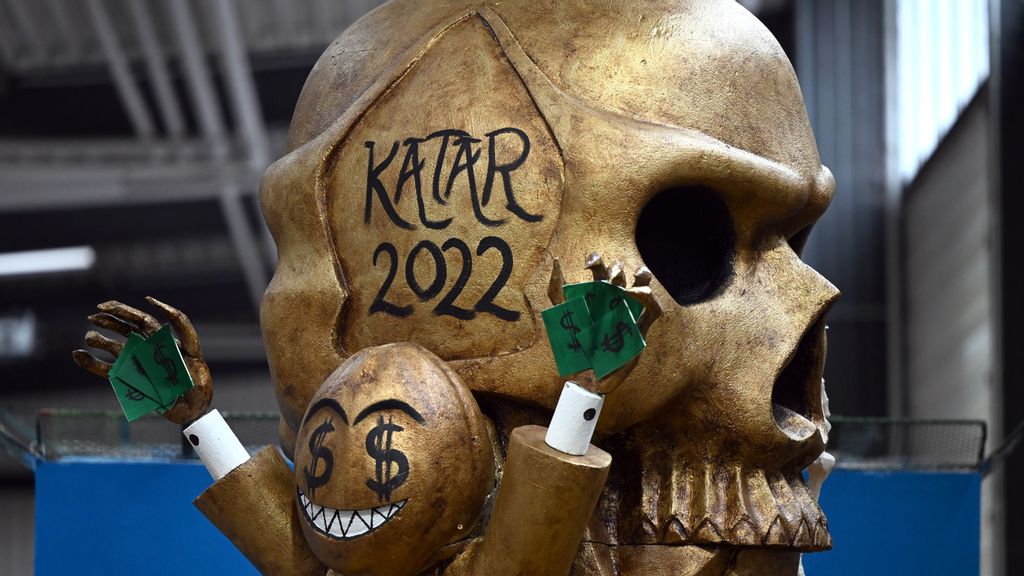 A British football fan has told how he was “set upon” by security guards after trying to do keepie-uppies at all eight World Cup stadiums.

Alan Macdonald, 39, had wanted to make some “entertaining” footage at the arenas on Qatar’s east coast to distract people from the “doom and gloom” around the world. But the YouTuber said the greatest challenge of his “light-hearted” project was in fact getting close to the stadiums due to how well they were guarded.

At the Al Bayt Stadium, he said he was approached by four officials who first converged on his position from different angles and then ordered him to delete his video. And on another occasion, at Stadium 974, staff tracked him down using a golf buggy and then forcibly drove him to a train station twice.

Alan said the constant attention he attracted from the security teams had left him “worried,” but he decided to carry on his task and did visit all eight stadiums regardless. He said: “I’m overweight and not good at football, so I thought it would be a good laugh to do a challenge at each stadium. Basically, the aim was to make an entertaining, light-hearted video at each stadium, along with me acting the clown and trying to do a keep-up.

“But it turned out the main challenge was just staying near the stadium due to the security being so tight. Al Bayt stadium, which looks like a circus’ big top, I got my camera out and off I went, and instantly, four security guards came at me from all angles. I was a bit worried, as it’s daunting being in a foreign country and then being set upon by four security guards, pinning you in.

“And then I went to the next stadium and encountered the exact same thing. At Stadium 974, a golf buggy turned up, and they said they’d seen me on the cameras taking pictures. They asked me where I wanted to go, and then literally drove me all the way to the metro stop.”

He said: “It was prohibited, but having encountered such difficulties in the first three or four, I was going to do all of them or none of them.” Alan, from Huddersfield, West Yorks., who visited the stadiums in March, said he expected football fans would have an “incredible” time at the World Cup next month. He said: “I think they’re going to put on an incredible show. When the tournament starts, they will be ready to show off the stadiums as much as possible.”