The location of the castle in Wales is shrouded in mystery for security reasons. 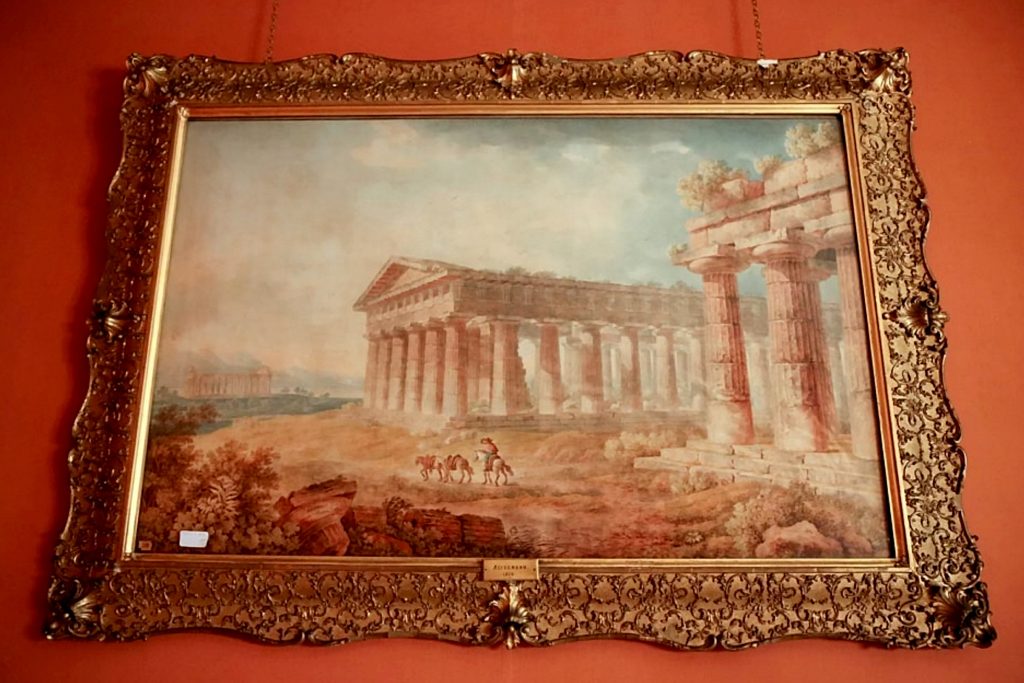 One of a pair of paintings by Frantz Keiserman (Swiss/Italian 1765-1833), The Ruins of Paestum (depicted) and The Forum, Rome, signed and dated 1818. (Hansons via SWNS)

An incredible Aladdin’s Cave of 17th century treasures has been discovered in a castle, which once belonged to the publisher of the James Bond books. The 460 items, many from the Cromwellian period, were found stashed in attics and in rooms of the former home of George Wren Howard. The location of the castle in Wales is shrouded in mystery for security reasons.

Howard co-founded Jonathan Cape Publishers, which famously published Ian Fleming’s 007 novels. The entire contents of the castle in Wales, where Howard lived before his death in July 1968, is going under the hammer for a total of £100,000 ($112,408) when they go to auction on October 28.

Charles Hanson, owner of Hansons Auctioneers, said: “We discovered Cromwellian period lobster-tail helmets in the attic. Whose heads might they have protected 250 years ago? The diversity of works of art, objects, and furniture is exceptional. There’s an early 18th century shotgun, fine paintings, a massive 16-gallon copper Victorian wash tub, Georgian mahogany inlaid cutlery boxes, and a centuries-old table valued at £50,000.”

“It is a star lot within a jewel of a castle brimming with surprising and lovely things,” Charles said. “Some items have remained in the house during the occupancy of several previous and, indeed, illustrious owners, such as G. Wren Howard, co-founder of Jonathan Cape Publishers, which published the James Bond books, and his son, Michael S Howard.

“The Italian Grand Tour, mainly enjoyed by aristocrats for educational and other life experiences, is the source of two visually exciting lots. In the library, up high and away from bright sunlight, is a fresh-looking pair of superb watercolors by Frantz Keiserman. They depict The Ruins of Paestum and The Forum, Rome, and are signed and dated 1818. The estimate of £4,000-£6,000 may be outstripped on auction day.