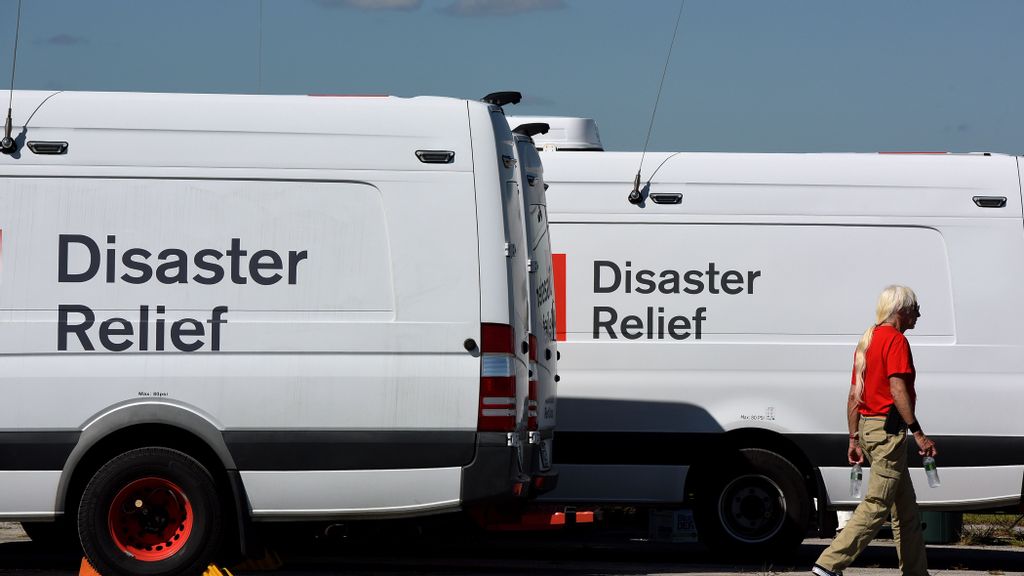 First responders in Florida have undergone a massive physical and psychological toll over the past two weeks. Ever since Hurricane Ian hit the state’s southwestern coast, emergency workers on the front line have been drained by the thousands of rescue missions and scenes of despair, tirelessly working in places such as Fort Myers, which was ravaged by the Category 4 storm.

However, volunteers and government employees alike have remained steadfast in their commitment to Florida residents, keeping determined as recovery continues.

According to the office of Florida Gov. Ron DeSantis, there have been 2,500 rescues of stranded civilians as of Oct. 17, made possible by the help of more than 1,000 government agency responders and volunteers. One volunteer, Gorrostieta, made one particularly harrowing save.

“A 92-year-old woman had been stranded at her home. We brought her down from upstairs,” Gorrostieta explained. “We were walking through the water, and [I] had water just up to my chest.”

Trained for the moment when duty calls, the volunteer traveled to Florida’s most damaged areas, seeing firsthand the destruction left in Ian’s wake.

“I told my wife and family, ‘Hey, I’m going to go out, do what I have to do.’ I grabbed all of our chainsaws, came down to Fort Myers, went to Sanibel [Island] … and that’s when I started seeing all the bodies,” he said.

To better accommodate those that have seen these horrific images post-Ian, Florida’s State Disaster Recovery Mental Health Coordinator has created a survey to assess the need for mental health services for Ian’s first responders.

Gorrostieta and many others have remained on the scene during the immediate aftermath of Ian. AccuWeather reporters on the ground in some of Florida’s hardest-hit communities have been chronicling the selfless efforts of the first responders. In addition to Wadell, AccuWeather Reporter Kim Leoffler and Extreme Meteorologist Reed Timmer have covered the hurricane’s landfall and aftermath in places like Fort Myers and Punta Gorda.

“I appreciate AccuWeather for actually being here,” Gorrostieta said. “You guys are on scene in Fort Myers Beach; you guys are watching the devastation firsthand. This is just the beginning.”

For what is expected to be a drawn-out recovery process, Gorrostieta noted that civilians returning to their homes should be kind to police and other volunteers at roadblocks, as well as those answering calls. These pieces of the rebuilding puzzle, he says, will help to keep “safety a priority” in the upcoming weeks.

Just as important to the recovery of Florida is the determination that Gorrostieta and many others have shown since Ian’s deadly landfall.

“The memories that were lost with the storm – we’ll rebuild. We’re Florida strong. There’s nothing going to hold that back,” Gorrostieta said.