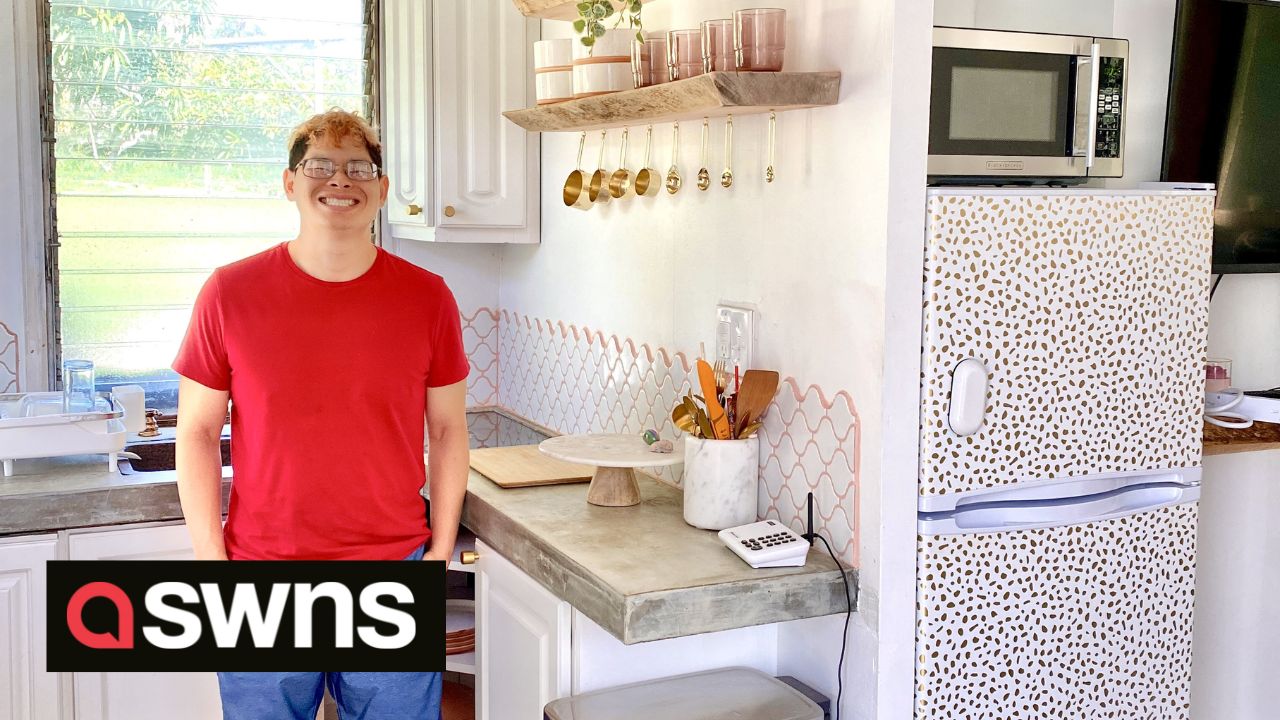 A woman built her autistic brother a house in her back garden for £13k and says it’s been a “game-changer” to give him the independence he needs. Tiffany Chou, 36, an accessory designer, moved back to Maui, Hawaii, US, in 2019, from New York City, US, to look after her brother, Chris, 33, after hearing that he was unhappy in his residential home.

The siblings – who are both adopted – hadn’t lived together for 15 years, so Tiffany was apprehensive about what it would be like as she says Chris’ behavior could be “challenging”. Tiffany and her boyfriend, Erin Reid, 38, an artist, decided to build Chris a cottage in their back garden. “There was a little structure in our garden that Erin tore down and built up again from scratch. The home was built out of reclaimed materials, and fitted with second-hand furniture to keep the costs low,” said Tiffany.

Chris got to choose the colors of his house and helped out initially with the build. After three months of constructing, Chris was able to move in to the home in August 2022. Erin managed to put the structure together for just £13k and built it in three months.

The space is equipped to suit his needs – such as a bathroom and a water tank right next to his bedroom – as Chris is often thirsty in the night. His kitchen has induction hob to make sure it’s not left on, and he has his food portioned up in his fridge. The home has given Chris a newfound independence and means Tiffany and Chris still have their own space – which is essential after welcoming their daughter, Luna, in September 2022. Chris loves being an uncle and is great with Luna.

Tiffany said: “I didn’t really know what I was getting myself into when I moved back and took in Chris. It took us a while to work out the best solution for him living with us. He can be a bit noisy and overwhelming, so we decided if he had his own independent space, just seconds from us, that would be ideal. He absolutely loves it and the change has been incredible. He’ll do his dishes without prompting. It’s really helped him be more independent.

Tiffany has also set up depot market – a business providing creative and social job opportunities for adults with disabilities – like Chris. “The name is inspired by Chris’ story as he was found left in a market,” she said. “We want to hire more adults like Chris to give them opportunities.”