How The Grateful Dead Is Fighting Dementia

In trials, the game not only taught 60 to 79-year-olds how to drum but also improved their ability to remember faces 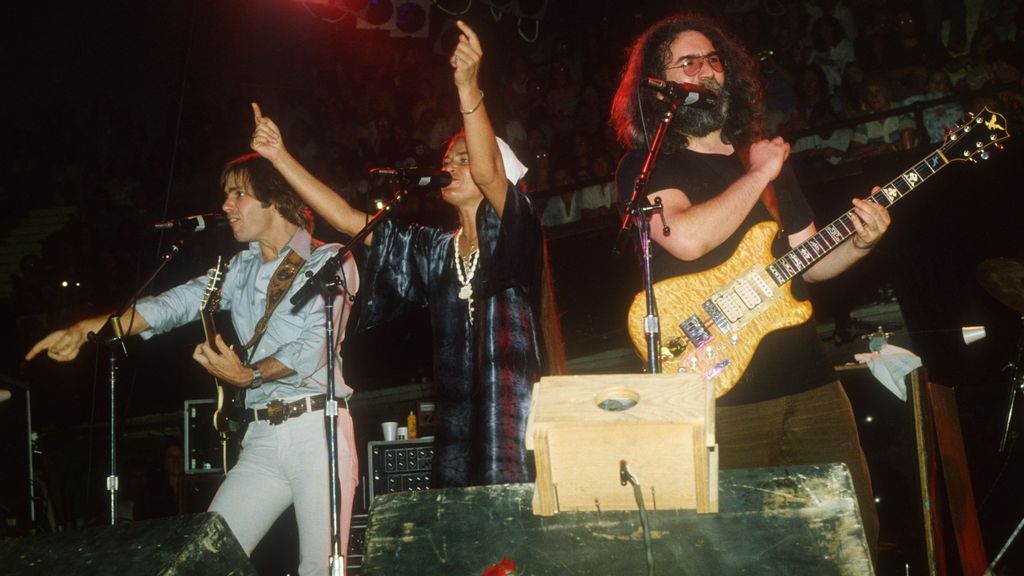 FILE - The band performed at the Winterland in San Francisco, CA.
LARRY HULST VIA GETTY IMAGES

Specialized video games could protect older people from dementia, according to new research with help from the Grateful Dead. One game was developed with the help of the drummer of the legendary sixties band, the Grateful Dead, Mickey Hart. The Grateful Dead were formed in 1965 in Palo Alto, California. They remained active until 1995. Their loyal fans are known as Dead Heads.

Prof. Gazzaley is the founder and director of Neuroscape, which has been developing advanced brain technologies for a decade. The games recreate specific activities such as driving, exercising or learning a musical instrument. Each game retrains mental processes that deteriorate with age – including attention and memory. As we age, our attention slows down, along with our ability to react. This becomes more evident when we reach our late 60s. We forget the names of people, especially those we meet only occasionally. We go to a grocery store but can’t remember some of the things we want to buy.

The lab’s most recent invention is a musical rhythm game, developed in consultation with Grateful Dead drummer Mickey Hart, 79. In trials, it not only taught 60 to 79-year-olds how to drum but also improved their ability to remember faces. The eight-week program described in Proceedings of the National Academy of Sciences uses visual cues to train people how to play a rhythm on an electronic tablet.

An algorithm matched the degree of difficulty, including tempo, complexity, and the level of precision required for a tap to be considered on-beat to each player’s ability. Over time, the cues disappeared, forcing the players to memorize the rhythmic pattern. Afterward, they were tested on how well they could recognize unfamiliar faces,

Skull caps fitted with electrodes showed increased activity in an area on the right side of the brain called the superior parietal lobule. It is involved both in sight-reading music and in short-term visual memory for other tasks. The data indicated the technique improved how people bring something into memory and then take it back out again when they need it.

A second game, the Body Brain Trainer, improved blood pressure, balance, and brainpower in a group of healthy older adults after only eight weeks. It also increased a key signature of attention that declines as people age and is related to the ability to multitask. The algorithm targeted cognitive abilities and included a feedback mechanism to ensure participants were exercising at the right level.

Neuroscape director Prof Joaquin Anguera said: “We had people wearing a heart rate monitor, and we were getting that heart rate data and feeding it into the game. If they weren’t working hard enough, the game got harder.” Another virtual reality spatial navigation game called Labyrinth improved long-term memory in older adults within a month.

All these studies demonstrate their results in randomized clinical trials, extending the finding from 2013 that digital training can enhance waning cognitive faculties. The number of cases of Alzheimer’s and other forms of dementia is predicted to triple to more than 150 million worldwide by 2050. With no cure in sight, there is an increasing focus on lifestyle changes and behaviors that can help ward off the devastating condition.

Co-creator Professor Adam Gazzaley, of the University of California, San Francisco (UCSF), explained: “They are all targeting cognitive control. The ability is deficient in older adults. It is critical for their quality of life. These games all have the same underlying adaptive algorithms and approach. But they are using very different types of activity. And in all of them, we show that you can improve cognitive abilities in this population.”

Prof. Gazzaley said: “All of these are taking experiences and delivering them in a very personalized, fun manner, and our brains respond through a process called plasticity. Experiences are a powerful way of changing our brains and this form of experience allows us to deliver it in a manner that is very accessible.”