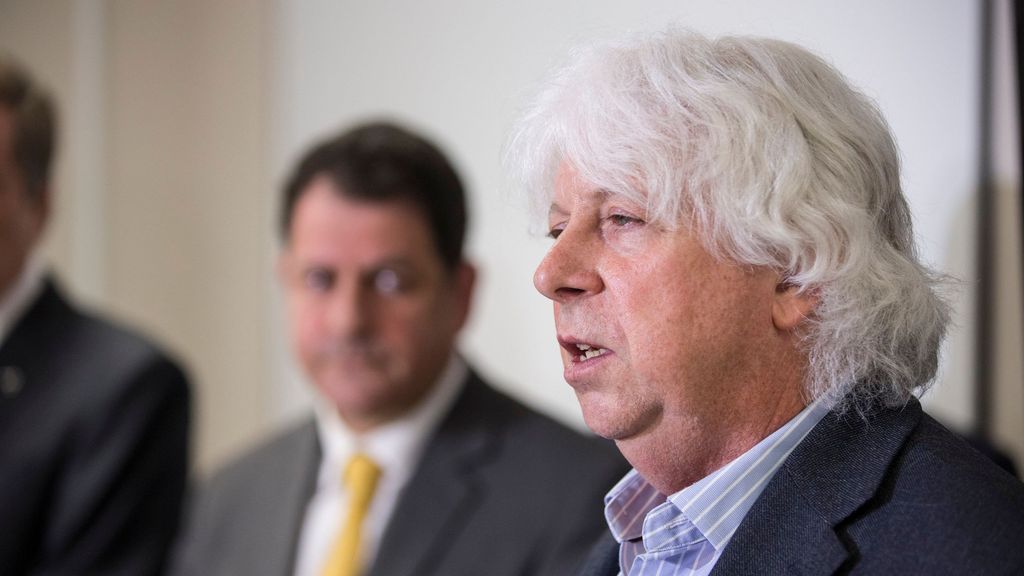 Toronto Councilor, John Filion, speaks to the media at a press conference with regard to the recent spate of antisemitic incidents in Canada. PHOTO BY BERNARD WEIL/TORONTO STAR VIA GETTY IMAGES

Police in Ontario, Canada are investigating several instances of anti-Semitic vandalism that occurred during the recent Jewish holiday season. Hate messages were found scrawled on Beth Jacob Congregation of Kitchener-Waterloo on October 12th, including one that said “ZOG is the real racial supremacists 1488 Hitler did nothing wrong!” White supremacists use ZOG as shorthand for “Zionist occupied government,” while 1488 is a reference to a 14-word slogan on white supremacy and 88 is code for “Heil Hitler” as “H” is the eighth letter of the alphabet.

On its website, officials with Beth Jacob said the messages were found during Sukkot and are “particularly threatening and serious, given the dramatic increase in violent anti-Semitic incidents in Canada and worldwide, this incident is being treated with the utmost seriousness.”

Anti-Semitic hate was also discovered on a synagogue in the town of Guelph less than 20 miles away. Video surveillance showed a man walking up to the Beth Isaiah Synagogue on October 5th and placing stickers on the building, including ones with an image of Hitler. The man was also seen using his cellphone to take photos of himself with the stickers in a case that local police are calling a hate crime. According to the Guelph Police Service, the man was wearing a dark jacket with a hood pulled up over his head, black pants, black boots, black gloves, a dark-colored backpack and a ski mask over his face.

Michael Levitt, president and CEO of Friends of Simon Wiesenthal Center spoke out against these attacks and expressed a growing concern for the safety of Jewish people. “This series of anti-Semitic incidents targeting synagogues in the Kitchener-Waterloo-Guelph area is extremely disturbing and a reminder of the growing hatred against the Jewish community that we are witnessing across the country. As online anti-Semitism is surging, the real-world consequences in our communities are growing more dire,” he said in a statement. “Nobody should have to fear going to a place of worship or feel threatened. We are hopeful police will find the perpetrator(s) and send a strong message that such acts of hate are not welcome and will be met with consequences.” he further said.

“The timing of the incidents was particularly disturbing, given that they happened during the holiday season”, said Noah Shack, the vice president of the Centre for Israel and Jewish Affairs, on Twitter. “There should be no place for hate in Canada, and the Jewish community across Canada stands with the Jewish communities of Kitchener and Guelph,” he said further.

In addition, swastikas and other anti-Semitic graffiti were found spray-painted on a building under construction in Guelph’s Riverside Park on October 15th, and on Monday, anti-black graffiti was discovered spray-painted on a church on Speedvale, Avenue East in the city. In both instances, red spray paint was used, and the hate messages were quickly removed by officials. The Guelph Police Service, which is investigating the cases in its region, said in a statement that it “will not tolerate acts of hate-motivated crime and will fully investigate any such occurrences.”