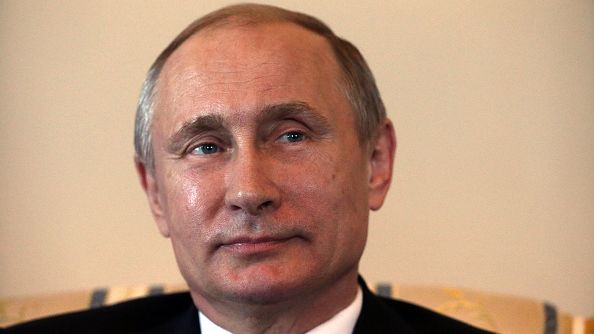 The former head of Britain’s MI6 secret intelligence service recently said Russian President Vladimir Putin could be replaced as Russian leader by somebody even further to the nationalist right.

What Happened: In an interview with BBC, Sir Alex Younger, MI6 chief from 2014 to 2020, said Putin could be overthrown in due course.

“He’s in danger of being outflanked by the very political constituency he created,” Sir Younger said.

“The chauvinistic, nationalistic, arguably fascistic, right-wing that was his support base is now castigating him for not going far and hard enough,” BBC quoted Younger saying.

When asked if Putin’s successor would be more extreme and further to the right, Younger said, “Yes. We need to be very careful about what we wish for here. I personally think in due course, that is what will happen. He will be replaced, but will be replaced by critics from the right.”

Why It Matters: Regarding the war in Ukraine, there has always been a disagreement in Putin’s inner circle. According to a report, an estimated 70% of the people around Putin opposed the war.

Earlier in June, former CIA Moscow station chief Daniel Hoffman said that Putin’s close aides could attempt a coup very secretively so that the president doesn’t catch on to them.

In September, Putin announced partial mobilization in Russia to support the Ukraine invasion. However, he has said that Russia should be finished calling up reservists in two weeks.

Meanwhile, the UK’s Defense Minister Ben Wallace has said that Russia is cut off from the global supply chain and will soon run out of weapons before Ukraine.

During an interview with Sky News, Wallace said, “Russia’s ability to make and repair weapons and ammunition is tied up in a global supply chain that it has little current access to.”

Since the Bolsheviks took control of Russia in 1917, there have been two successful coups d’état: the removal of Nikita Khrushchev, the first secretary of the Communist Party, in October 1964, and the infamous Lavrenti Beria, head of Stalin’s secret police, in June 1953.

These coups were mostly bloodless, with the exception of the death of Beria and six of his allies. Both times, success depended heavily on the cooperation of the secret agencies and the Soviet military.

Despite the fact that Putin appears to have everything covered, Sir Younger’s observations suggest that there is a limit to his control. The deaths of Beria and Khrushchev have demonstrated that allegiances may change when the Kremlin is facing a crisis.