The United States has expressed disappointment in OPEC+’s plans to cut output. 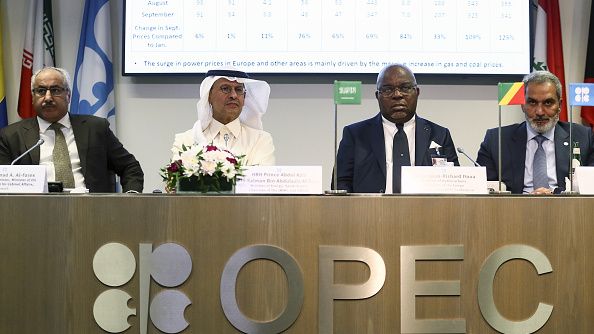 U.S. Treasury secretary Janet Yellen has criticized the supply cut decision made by the Organization of the Petroleum Exporting Countries and its allies, known as OPEC+, calling it “unhelpful and unwise” for the global economy.

Yellen, in an interview with the Financial Times, said OPEC+’s move to reduce its output by 2 million barrels per day was especially harmful to emerging markets already struggling with high energy prices.

“It’s uncertain what impact it will end up having, but certainly, it’s something that, to me, did not seem appropriate, under the circumstances we face,” Yellen told the Financial Times. “We’re very worried about developing countries and the problems they face.”

Yellen’s comments come just ahead of annual meetings at the International Monetary Fund and the World Bank, where talks will largely center around high inflation and commodity prices, the Ukraine war and the impact of central bank action.

Last week, the United States claimed that the decrease would increase Russia’s foreign profits and that Saudi Arabia had planned it for political ends. However, on Sunday, Saudi Arabia denied assisting Moscow in its invasion of Ukraine.

Biden was “Disappointed by the shortsighted decision by OPEC+ to cut production quotas while the global economy is dealing with the continued negative impact of Putin’s invasion of Ukraine,” The White House said in a statement.

It further stated that Biden had ordered the Department of Energy to release a further 10 million barrels of Strategic Petroleum Reserve the following month. “In light of today’s action, the Biden Administration will also consult with Congress on additional tools and authorities to reduce OPEC’s control over energy prices,” the White House added.

“I think we’re going to exchange views on whether our countries are addressing these problems, and try to consider whether our collective reaction adds up to something that is sensible,” she added.

Yellen said the dollar’s strength was mainly driven by differences in macro fundamentals across nations.

“In the case of the U.S., it’s safe haven flows responding to geopolitical tensions and different paces of monetary tightening.

“We continue to think that markets are functioning pretty well and are generally appropriate given the underlying differences across countries and policies and economic situations,” Yellen added.

Oil prices have been rising since the OPEC+ announcement. The United States Brent Oil Fund (NYSE: BNO) and the Vanguard Energy Index Fund ETF (NYSE: VDE) have gained over 9% each in five days.