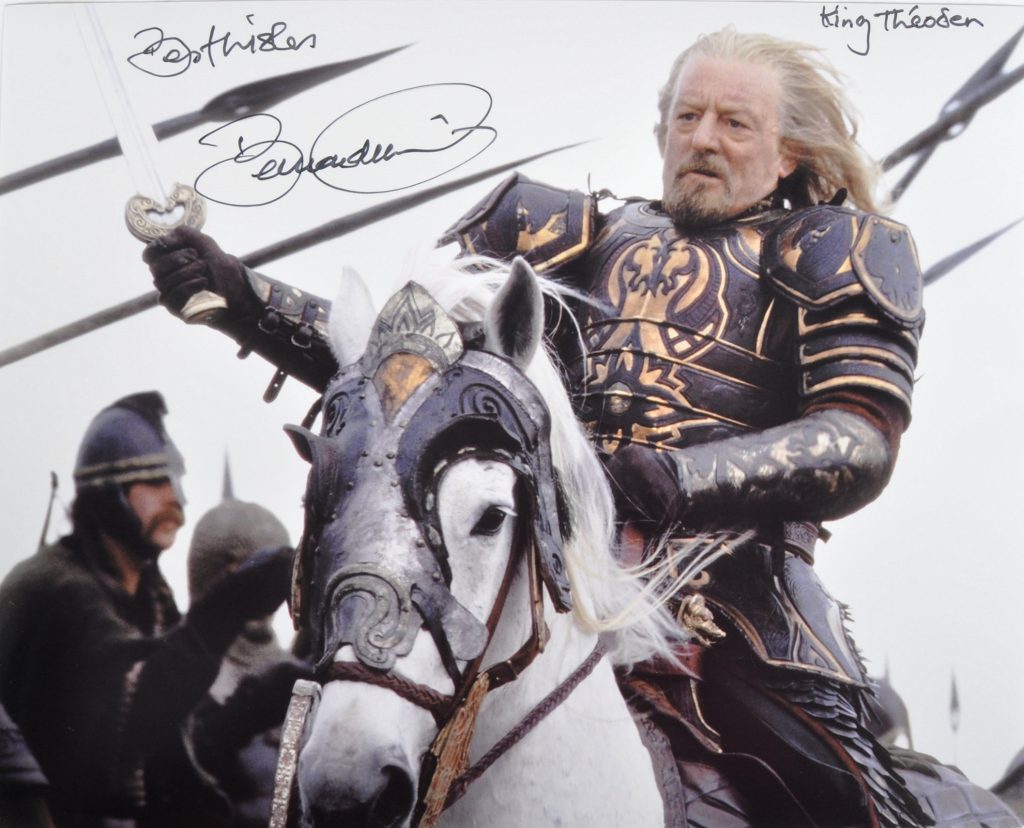 Actor Bernard Hill signed photo from the Lord of the Rings. (East Bristol Auctions via SWNS)

A collection of iconic items from “Lord of the Rings” and “Titanic” actor Bernard Hill are set to be sold at auction.

Items up for sale include several original scripts from the “Lord of the Rings” trilogy, special action figures, and even fan artwork.

One script, which features autographs and personal messages from the entire main cast and chief production crew, is estimated to be worth over $9,000.

To others, he is best known for portraying King Theoden in the “Lord of the Rings” trilogy from 2001 to 2003.

He has decided to make some of his treasured memorabilia available to fans to coincide with the release of the Amazon series, “The Rings of Power.”

“There are some really spectacular items up for grabs – perhaps the most special being Mr. Hill’s original scripts from the ‘Lord of the Rings’ movies,” said auctioneer Andrew Stowe.

“Many of the scripts were used by him on set and some of them he was able to get signed by the entire cast, which makes them completely unique.

“The cast list for the film is breathtaking. The autographs read like a Who’s Who of A-list actors – Christopher Lee, Ian Holm, Ian Mckellen, Cate Blanchett, Sean Bean to name just a few.

“To have all of these autographs on one item is incredibly rare.”

A book about the Titanic, owned and read by Hill, is also part of the coveted lot. “It’s very well-read and in what we would say ‘used’ condition, but that’s part of its charm,” Stowe said. “Mr. Hill played Captain Smith in the movie and used this book to brush up on his historical knowledge for the role. It’s like the ultimate peek behind-the-scenes.”

Stowe added that he’s expecting interest from around the world for this collection. The collection goes under the hammer on November 11 at East Bristol Auctions, based in Hanham, Bristol.