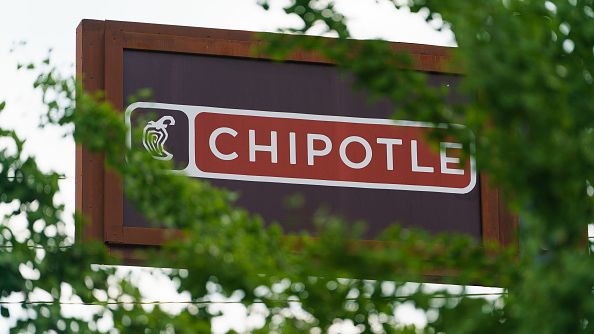 A Chipotle Restaurant Ahead Of Earnings FiguresSignage outside a Chipotle restaurant in Atlanta, Georgia, US, on July 23, 2022. ELIJAH NOUVELAGE/BLOOMBERG VIA GETTY IMAGES

Food inflation is now up 11.2% for the 12 months ending in September, and the figure has a striking detail.

Chipotle is a very unprecedented American restaurant chain known for its market miracles and unorthodoxy. With meager advertisement, no franchises, less automation, it showcases unexpected incentives for investors. It is also known to be very cognizant of the ways of its young consumers.

The chain’s Chief Marketing Officer, Chris Brandt, said in an interview: “The key thing is wherever you are, make sure your advertising is endemic to that platform. The things we put on TikTok are unique to TikTok.

We have a group of people internally and with an agency that have a really good sense of what’s cool on TikTok, what will be popular on TikTok, and so we really turn them loose.

We use influencers, we do all those things. Each one has its own role,” added Brandt.

An analyst is bullish on a restaurant stock against today’s inflationary backdrop.

The improvement in margins is being overlooked, as Chipotle’s commodities such as chicken prices are down 30%, and avocados have declined by 40% since the second quarter of 2022 earnings release, he said.

Bittner forecast for third-quarter 2022 earnings to show restaurant margins of 25.3% versus the consensus of 25.2% and earnings per share of $9.36 versus consensus estimates of $9.18.

Due to nervousness surrounding the buy side for the fourth quarter of 2022, the stock presents a solid buying opportunity, as Chipotle’s business model is more defensive than perceived, Bittner said.

Oppenheimer sees minimal risk of cost of goods sold (COGS) margins exceeding by more than 30% in 2023. Therefore, a lower food cost environment could drive less aggressive price increases, leading to better traffic and an improving the investment narrative toward the stock.

The Inflationary Backdrop: Although consumer staples tend to do better during times of economic downturns, high inflationary pressures are creating demand destruction, inventory issues and pricing pressures, as producer costs are also elevated.

This caused general merchandise retailer Target to miss its first and second quarter earnings estimates by roughly 29% and 47%, respectively. Food and staples retailers firms such as Walmart and Costco Wholesale are seeing slower growth in earnings over the first half of 2022.

Meanwhile, consumers feel more purchasing power when eating out at certain restaurants, as the inflationary pressures are not as high.

Chipotle Competitors: As consumers are faced with higher pressures when grocery shopping, they are finding themselves spending more for less.

Although this is still the case when going out to eat, as food inflation is red-hot, the data suggests the consumer has more purchasing power when eating away from home.

If food pressures can further decrease, firms such as Yum Brands, McDonald’s, Restaurant Brands International, and Darden Restaurants could benefit from higher traffic.

Chipotle is a very successful food chain business model, with contrasting market reach and strategy, as compared to other leading food businesses, which are seemingly losing touch with newer generations.

Although the business claims to support sustainability, it does not shy away from not weighing in on every consumer value or political pressures. Brandt was reported saying: “Chipotle has been a long-time supporter of [sustainability]; we just can’t lay into every single issue, and I think that we really allow our employees a lot of latitude.

“You should pursue your passions, you should do that, but the company [will] not necessarily weigh in on every single one.,” said Brandt.