The North Atlantic right whale is critically endangered with only about 336 known to be in existence. 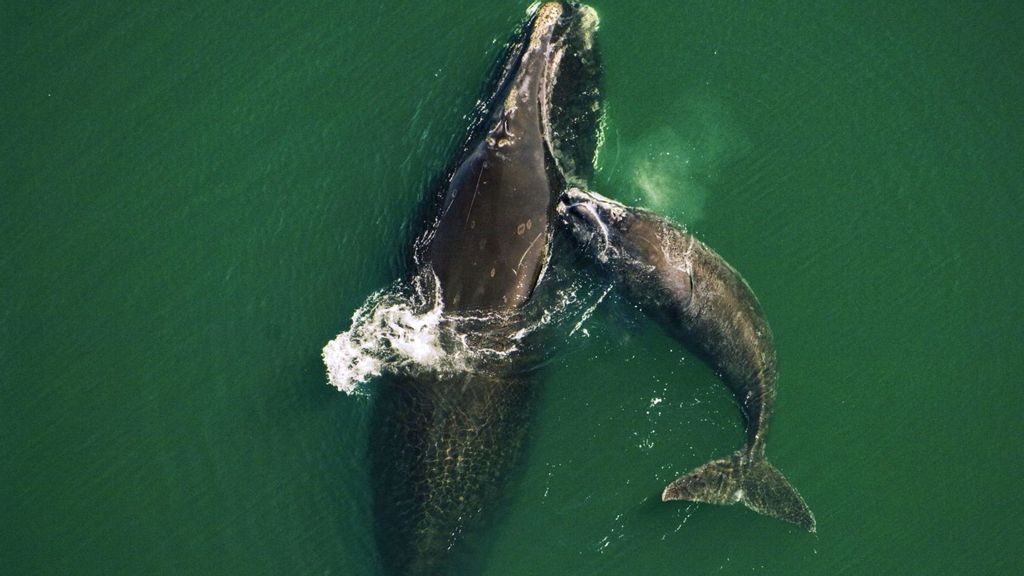 Powerful space satellites that can identify individual whales from their markings have been used for the first time to track a critically endangered species. Scientists are using the tech to follow the North Atlantic right whale to keep them away from ships and find out where they go in the summer and fall. Interestingly, it is not known where approximately 50% of North Atlantic right whales go in the summer and autumn months.

The latest satellites are able to capture finer images than Google Earth, meaning conservationists can identify species and even individuals. Knowing where the whales are at any given time enables fisheries to open or close to avoid the whales and enables ships to bypass them to prevent collisions and deaths of the beasts.

The team successfully spotted “Ruffian,” a Gulf of St. Lawrence North Atlantic right whale who has a large white scar across his back after being severely injured in an entanglement with fishing gear in 2008.

Matus Hodel, a Ph.D. student at the University of Ottawa who ran the study, explained how this can be used to improve conservation efforts. “The North Atlantic right whale is critically endangered, with about 336 individual whales accounted for. Mortality comes from whales being hit by ships and becoming entangled in fishing gear, so being able to detect and monitor their location is important to conservation efforts,” Hodel said.

“This is a new type of satellite imagery which has a spatial resolution of 15 cm (0.49 feets), which means each pixel in the image represents 15 cm on the ground. For context, this is much finer than Google Earth satellite images. This imagery allows us to find the endangered North Atlantic right whales and confidently differentiate this species from other kinds of whales, such as fin whales and humpbacks. In some cases, it also allows us to identify individual whales, in circumstances where a whale has sufficiently distinct markings.”

The Canadian Space Agency, Department of Fisheries and Oceans, and Transport Canada helped finance the project. It’s a part of the Canadian Space Agency’s wider smartWhales initiative to explore ways to detect the North Atlantic right whales using space tech. Writing in the journal Marine Mammal Science said the technology will help them save the majestic creatures from injury and death.