They have all given up their jobs to go on the adventure which is set to cost them between $200k and $300k. 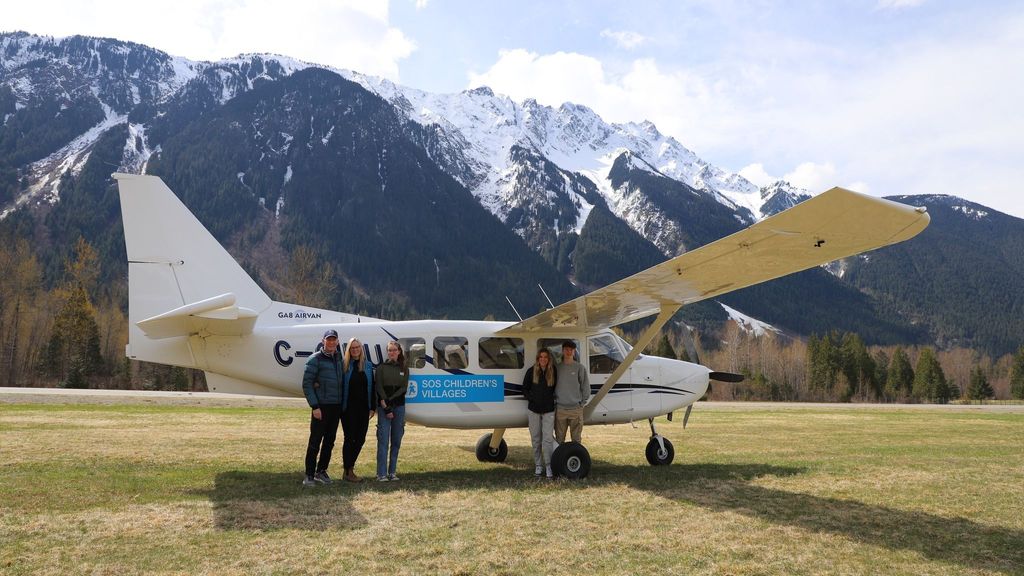 Photo via 5 in the Sky

A family-of-five is on a 14-month round-the-world holiday flying their own single-engine plane. The Porter family took off in June and has already traveled to the Bahamas, Dominican Republic, US Virgin Islands, and Argentina.

Dad Ian, 59, a real estate developer, mum Michelle, 58, and kids, Samantha, 21, Sydney, 18, and Christopher, 15, traveled 15,000 nautical miles, stopping off in 12 countries. The brood, from Vancouver, Canada, believe they are the first family to attempt the adventure. Currently in Argentina, next they will be heading to Ushuaia, South America, and then they will head north through Chile, Peru, Ecuador, Colombia, and into Central America. Next, they’ll go through Europe before heading through Northern Africa, the Middle East, Pakistan, India, and Eastern Asia before heading back towards Canada.

They have all given up their jobs to go on the adventure, which is set to cost them between $200k and $300k. They bought their plane – called Moose – for $500k in 2021 and saved up for decades to make the trip. They spend around two to four days in each location and stay in hotels, airports, or camps and go sightseeing and exploring. Samantha and Sydney are both co-pilots, assisting their dad, Ian, on the journey. Samantha also looks after radio communications, and Sydney is in charge of air navigation. Michelle looks after flight planning and navigation, and Christopher controls drone operations.

While traveling the world, the Porter family is fundraising for SOS Children’s Villages – a charity that provides humanitarian and developmental assistance to children in need. “We decided that if we were going to do this grand adventure and take 14 months, we needed to do something that would account for more than our own personal adventure. We wanted to raise funds for a charity that works with families and children and has a global reach. SOS Children’s Villages is not that well known in the US. We are trying to raise $1 million and get the name recognition and profile raised higher,” said Ian.

“We are all enjoying ourselves. One thing we find people will say ‘oh my gosh you’re flying, it must be tough’ but the actual flying part is a relief. It’s the paperwork before you set off that is the challenge, and our biggest challenge is logistics for accommodation. As our schedule is fluid, and we don’t know where we are going to be tomorrow or in a few days from now, we can’t book far ahead. We have had everything, we have slept on floors, camped, slept in airports, through to nice hotels.”

They set off on June 15, 2022, after planning for years. Ian, chief pilot and team leader, has flown paragliders, paramotors, sailplanes, and fixed-wing aircrafts for 40 years. He said: “I have been a pilot for quite a while and have done some fairly long trips, and when I had been doing those trips, I thought it would be good if I could do this for as long as possible, and it would be great for the family to come along too.

“I sat there with my wife Michelle, and she was on board, I posed the idea to the kids, who then were asking how the plan would work with schooling. We told them the time would work well because my oldest daughter could take a gap year, my middle daughter had just finished high school and could take a break between university and my son could do online learning – we had a 14-month window and went for it.”

The plane, which is a GA8 AirVan, has a strict weight limit of 4200 lbs. Each family member only gets a 10 kg personal weight limit for their clothes and belongings. Fuel weighs 700 lbs and the rest is used for food supplies, tools, and emergency gear.

Ian said the family’s mantra is to go “low and slow,” allowing the family to enjoy the sites and appreciate the world around them. He also thinks that he believes that no family has ever done what his family has set out to do. Ian said: “More people climb Mount Everest in a single year now than people who have ever flown a single-engine plane around the world – we don’t think a single family has ever done it before.”

«Previous Post
Coldest Air Of Season So Far To Bring Some Snow To Northeast»Next Post
Can Going On A Trip Save A Relationship?