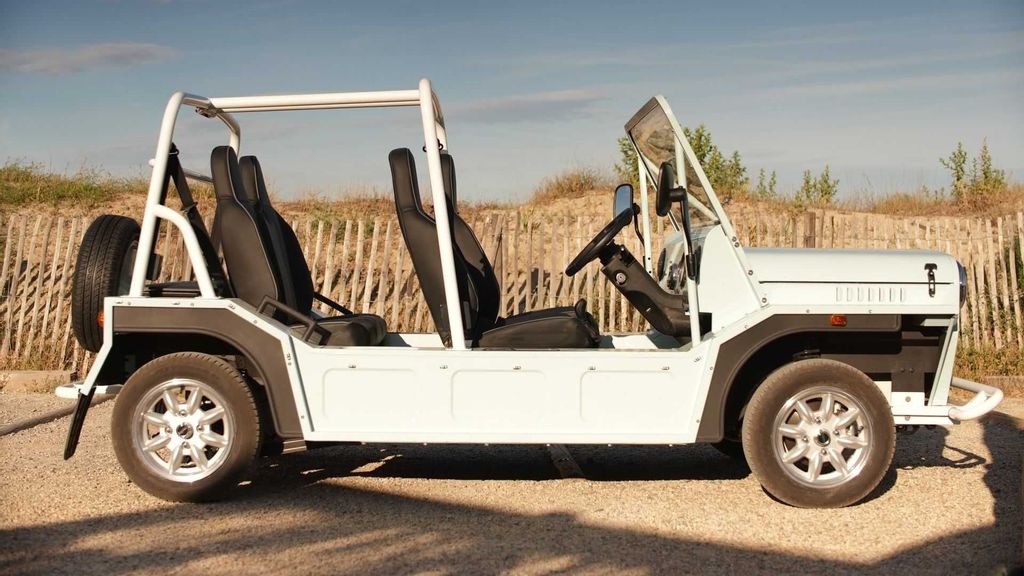 An iconic 1960s beach buggy driven by The Beatles and The Beach Boys is being reissued. The MOKE Californian model will hit U.S. highways 40 years after the original version was last sold in America. The new electric version is described as a zero-emissions reimagination of the original 1964 Mini MOKE.

From Paul McCartney to Bridget Bardot, being in a MOKE was a counterculture to the fast and furious celebrity lifestyle. It even made it to the big screen in four James Bond movies: You Only Live Twice; Live and Let Die; The Spy Who Loved Me; and Moonraker.

The company says the electric MOKE Californian name is a U.S. market-specific tribute to the 1977 MOKE Californian – an uprated version of the Mini MOKE that was sold in America and ceased production in 1982.

At the end of the 1950s, the British Army needed a suitable lightweight, parachute-droppable air utility vehicle. A brief was sent, and a prototype was developed by the British Motor Corporation (BMC) with the codename “Buckboard”. Ultimately unsuccessful in its military guise, BMC decided to commercialize a civilian version of the MOKE to recoup the car’s development costs.

All MOKEs are hand-built in the UK at a state-of-the-art facility in Northamptonshire owned by Fablink Group, including the models that will be on sale in the USA. They will also be available in the UK and Europe.

Able to zip along at 50mph, the MOKE Californian offers a range of 80 miles – enough to cruise Route 101 down to Malibu Beach from Santa Barbara. A full charge takes four hours. The last BMC MOKE rolled off the production line in 1993, and after this date, imitations were manufactured in China and the USA. .

«Previous Post
Graveyard Of 15,000 Mannequins Opening For Halloween»Next Post
More Than Half Of People Regularly Root For The Villain