Graveyard Of 15,000 Mannequins Opening For Halloween

“I decided to put on a Halloween experience after people who began visiting in the daytime, asked me if it was scary at night” 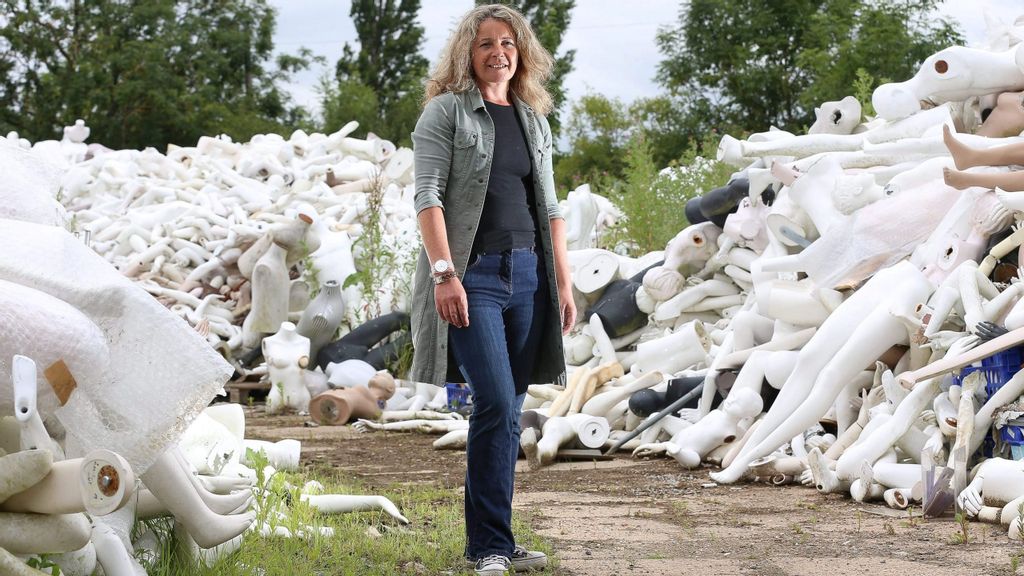 Roz Edwards, 50, set up her business buying and restoring dummies before selling them on to shops and hiring them out for TV shows and music videos. But after people began remarking how creepy her bizarre collection of shop mannequins was, she decided to open up her salvage yard for Halloween.

Last year, she transformed the site in Fulbeck, Lincs., England into a ghoulish cemetery scene, and she has now turned it into an immersive Cluedo-style game experience. Visitors will pay £15 for the hour-long horror walk, during which they will have to solve a number of clues to figure out which suspect is behind a grisly murder.

Roz, who once lent a stack of dummies to Lady Gaga for a music video, is running “We’ve Found A Body” on October 28 and 29 between 6 pm and 9 pm “I decided to put on a Halloween experience after people who began visiting in the daytime asked me if it was scary at night,” she said.

“Well, this is your chance to find out. I must admit, it is quite eerie when you go through the yard and there are models, some without arms, or heads piled up all around you. So we thought it was quite a fitting location for a spooky experience, which we believe is quite unique.

“Last year was a big success. We had people dressed as dummies jumping out and scaring people. Before that, we put on a drive through experience, due to COVID restrictions, which we called The Mannakin Safari. Over 700 people visited from the safety of their vehicles for an unforgettable experience.”

“This year, the walkthrough is an interactive game experience where people have to figure out who murdered a character called Lady Kat Walker. You have to go around the different rooms as a detective to figure out who did it from six suspects, with what weapon and in what room. It’s like a giant imaginary Cluedo board, where you move around the rooms and discover the hidden horror within a mannequin graveyard at night.

“We’ve also got a bar and a gourmet burger van coming, so people can sit and have a drink and a bite to eat afterwards. It should be a lot of fun, and it’s our biggest Halloween experience yet – we expect people to laugh and scream in equal measure.”

Former retail consultant Roz, of Newark, Notts., owns over 15,000 dummies and sells them, sometimes for over £600 each. “We are predominantly a mannequin hire company and a unique film location,” she said. “But since a video went viral on Tom Scott’s YouTube channel earlier this year, Mannakin has seen a steady flow of new people wishing to visit. I’m known as “The Mad Mannequin Woman”, and it’s just kind of grown over the years.”