It’s a Hogwarts-style train, but it’s a bit of a mystery as to why it’s there and sitting on real train tracks. 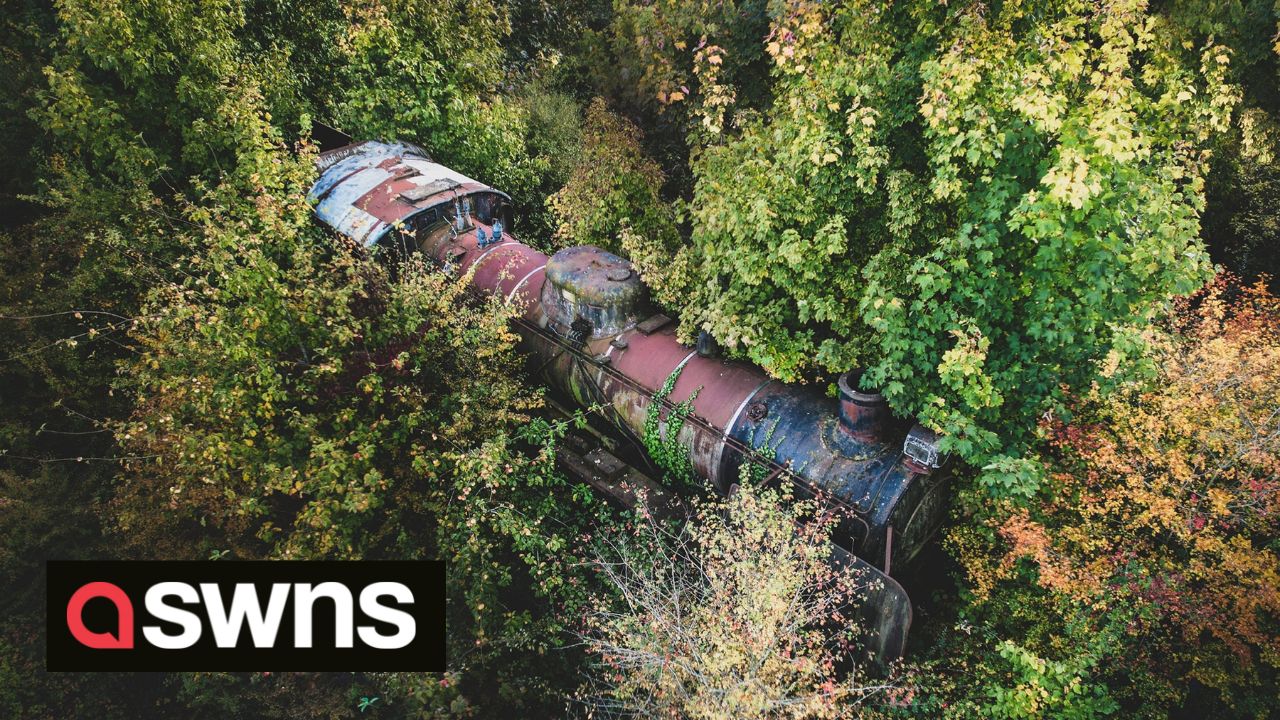 A ghostly abandoned train has been found deep in the Suffolk countryside, by an urban explorer, Steve Liddiard. He tracked it down after hearing rumors of a mysterious ‘Harry Potter-style’ engine hidden in the woods.

The 36-year-old from Swansea was able to locate the amazing vehicle completely hidden behind overgrowth.

Hogwarts Express 🚂
One of my favourite ever finds.
It took alot of research and map scanning to locate this stunning German Steam train hidden in the trees. Designed to endure the brutal Finnish winters but now sits alone in the woodland. Built at some point between 1940-57, pic.twitter.com/YeHcFcQK7b

“The steam train was one of my best finds, hidden in plain sight,” said Steve. “It’s now very well protected with thorn bushes and brambles, but enough is still visible to see the scale of it. A lot of research and map scanning was done in order to track it down.” But he is keeping the exact location of the train a secret, so it does not get vandalized.

“The train was built by a Scandinavian company around 1950. It was built to withstand the brutal Finnish winters, but now sits alone on this abandoned piece of track and the elements have corroded it. The train still smells of oil and smoke even though it hasn’t been active for well over half a century. It looks like it has been there for decades.”

By day, Steve is a Senior Pathology Informatics officer in the NHS, but tracks down abandoned places as a hobby. “I have a passion for urbex and abandoned buildings, structures, and objects,” he said. “My goal is to document these places before they crumble away and are lost completely.”