Roughly the size of a small car and weighing in at three tons, the camera features a five-foot wide front lens. 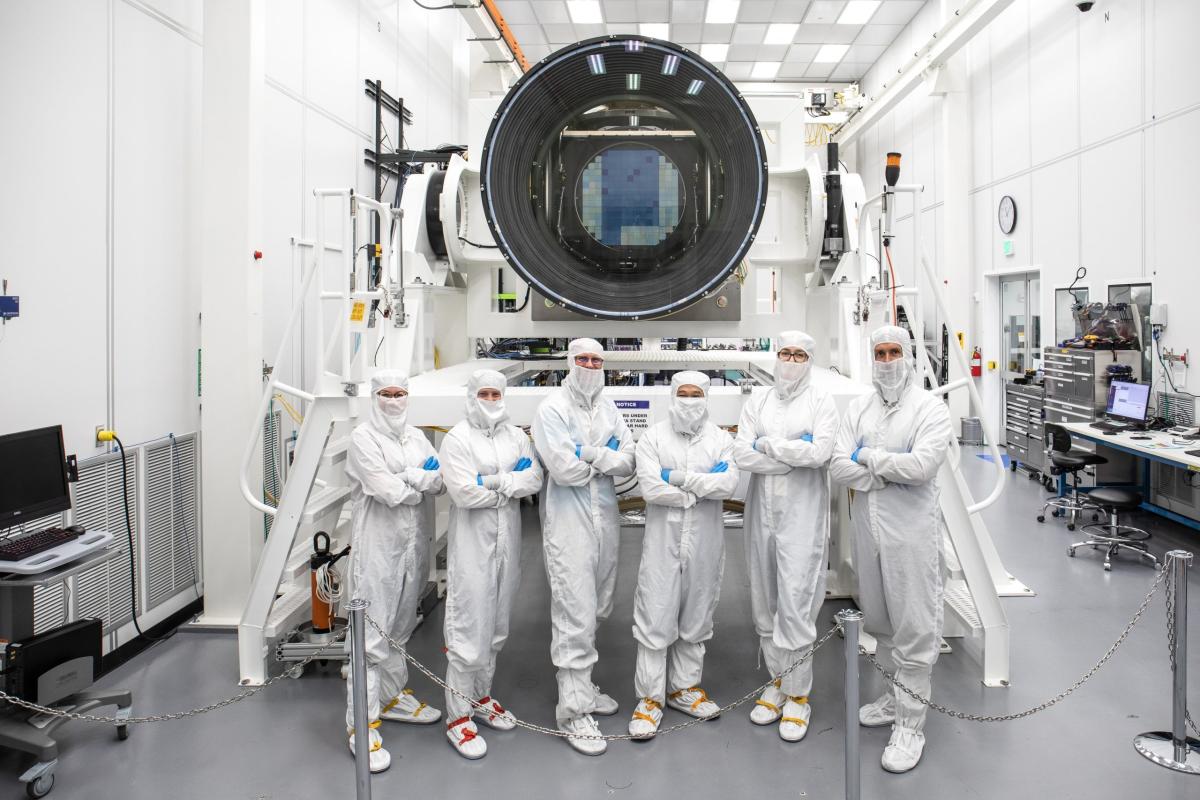 Team of engineers who worked on the completion of the camera.
JACQUELINE RAMSEYER ORRELL/SLAC VIA SWNS

Engineers are finalizing work on the 3.2 billion pixel LSST (Legacy Survey of Space and Time) Camera, the world’s largest digital camera, able to view a golf ball from 15 miles away.

Roughly the size of a small car and weighing in at three tons, the camera features a five-foot wide front lens and a 3,200 megapixel sensor that will be cooled to -100 °C to reduce noise.

Although the camera isn’t fully complete, all of its mechanical components are now together for the first time in a clean room at the SLAC National Accelerator Laboratory in Menlo Park, California.

Taking seven years to construct, it is earmarked to ship to the Vera C. Rubin Observatory in Chile in April 2023. Once installed, the camera will produce panoramic images of the complete southern sky – one panorama every few nights for 10 years.

“The camera will survey the southern night sky for a decade, creating a trove of data that scientists will pore over to better understand some of the universe’s biggest mysteries, including the nature of dark energy and dark matter,” said a SLAC spokesperson.

The team at SLAC are testing the camera shutter and the filter exchange system, two dynamic components that were also recently installed.

Before the end of the year, the camera will undergo one final modification: the installation of an updated refrigeration system.

Using the LSST Camera, the observatory hopes to shed light on some of the biggest mysteries of the universe, including dark matter and dark energy.

The camera’s focal plane has extraordinary properties. Its pixels are very small – about 10 microns wide – and the focal plane itself is extremely flat, varying by no more than a tenth of the width of a human hair. This allows the camera to produce sharp images at a very high resolution.

At more than 2 feet wide, the focal plane is enormous compared to the 1.4-inch-wide imaging sensor of a full-frame consumer camera and large enough to capture a portion of the sky, about the size of 40 full moons.

Finally, the whole telescope is designed in such a way that the imaging sensors will be able to spot objects 100 million times dimmer than those visible to the naked eye – a sensitivity that would let you see a candle from thousands of miles away.

The images are so large that it would take 378 4K ultra-high-definition TV screens to display one of them at full size, and their resolution is so high that you could see a golf ball from about 15 miles away. These and other properties are expected to drive unprecedented astrophysical research.

Rubin Observatory’s LSST Camera is having a moment, and it’s one that’s getting lots of media attention. Although the camera isn’t fully complete yet, all of its mechanical components are now together for the first time—in one photogenic structure.

The team at SLAC National Accelerator Laboratory facilitated media visits to the clean room while the camera is positioned so that visitors can see its impressive focal plane, which contains 189 CCDs (charge-coupled devices) through the camera’s lenses.

The SLAC Staff Scientist and KIPAC Senior Member, Andy Rasmussen, said: “For a precision instrument like the LSST Camera, you could say our motto is ”know your instrument (intimately)”. We continue to strive to produce ‘photon images’ where the effects of the instrument have all been removed to the best of our ability. Hopefully, those effects won’t continue to grow when the camera is buttoned up for the last time, but that remains to be seen!”