So far 10 chameleons have emerged from their eggs, with another 17 still in incubation. 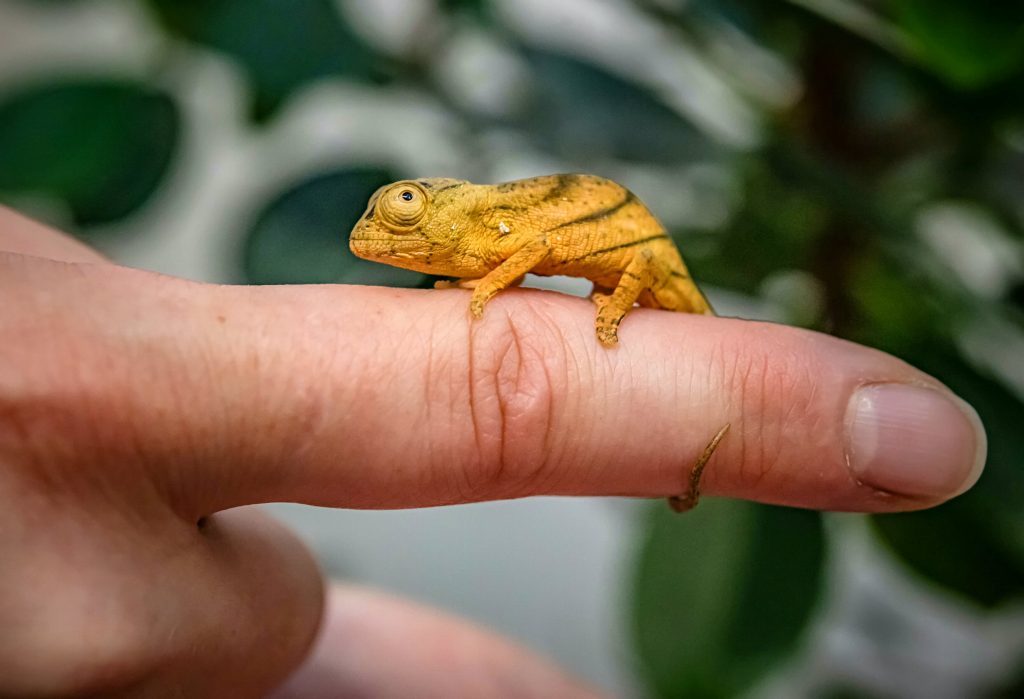 The world’s largest chameleons have been born at Chester Zoo – but the baby critters still only measure 2cm in length.

The breeding involved “meticulous” monitoring of temperature to “mimic” conditions in Madagascar, the zoo said.

So far, 10 chameleons have emerged from their eggs, with another 17 still in incubation.

“To be the first UK zoo to successfully hatch a clutch of Parson’s chameleons is a momentous and exciting event for the team here – but most importantly, it’s a major breakthrough for the species,” said Jay Redbond, Team Manager of reptiles at the zoo.

“The levels of intricate care and attention to detail provided by the team over a number of years to achieve this breeding success has been truly remarkable.”

“We’ve had to carefully replicate the seasonal variations of Madagascar and mimic the exact same conditions these chameleons experience on the island, right here in Chester, and that’s no easy feat.”

“Every slight tweak to temperature and humidity each day and night has been meticulously recorded and, now that we’ve cracked this, we believe we’ll be able to take this information and apply it to help save some of Madagascar’s other threatened reptile species.”

“This important clutch of eggs, along with all that we’ve learned along the way, will now help us play a part in preventing the extinction of this incredible species, and many others just like it.”

The Parson’s chameleon population has declined by more than 20 percent in the last two decades as a result of widespread habitat loss in Madagascar.

“The widespread destruction of the forests of Madagascar has seen more than 90% of its trees cut down for agriculture and logging – taking with it hundreds of precious species that cannot be found anywhere else on earth, just like the Parson’s chameleon.”

As with all chameleons, this beautiful species can change color in response to their surroundings, temperature, and when they are in the presence of other chameleons, especially during mating or fighting. Their slow movement and camouflage enable the predators to catch their prey off-guard.