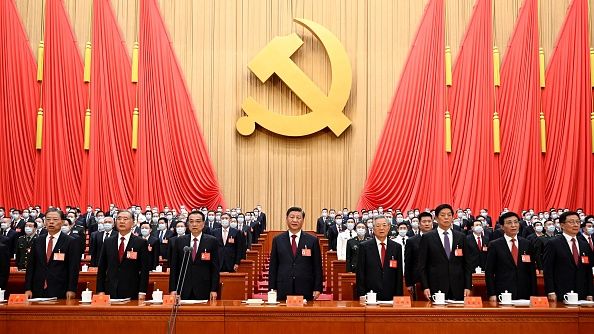 He suggested the long-lived crackdown on Chinese tech stocks may be nearing an end, and encouraged Chinese companies to buy back their beaten-down stocks.

What Happened? Xi delivered a speech at the opening of the 20th Party Congress on Sunday as he secured a third term in power in China.

In the speech, Xi defended his zero COVID policy, which has significantly weighed on China’s economic recovery from the pandemic.

Why It’s Important: Chinese stocks, particularly within the tech sector, have gotten crushed by a wave of headwinds in recent years. Chinese regulators have imposed a crackdown on big tech stocks in an attempt to rein in their power and influence.

In addition, U.S. regulators have enacted their own set of more rigorous accounting standards for U.S.-listed Chinese stocks that threatens to de-list shares of any Chinese company that does not comply.

While most of the rest of the world fully reopened their economies in early 2021, China is still enacting periodic lockdowns of major metropolitan areas, including full or partial quarantines of more than 300 million people as recently as last month.

To complicate matters further, the U.S. recently released a new set of rules restricting the sale of advanced computing semiconductors or related manufacturing equipment to China. The export controls are aimed at protecting U.S. national security and foreign policy interests.

Economic uncertainty in China is spilling over into the U.S. market as well. LPL Financial Chief Equity Strategist Jeffrey Buchbinder said Monday that it’s clear that consensus S&P 500 earnings estimates for 2023 are too high at this point, but it’s not so clear just how much they need to come down.

Until investors get a clear picture of what the new normal is for a post-pandemic Chinese economy and just how much growth Chinese companies can maintain under the gun of both Chinese and U.S. regulators, buying the dip in beaten-down China stocks is far from a safe bet.