Video appears to show two apparitions running across the road at the famed Civil War battle site in Gettysburg, Pennsylvania 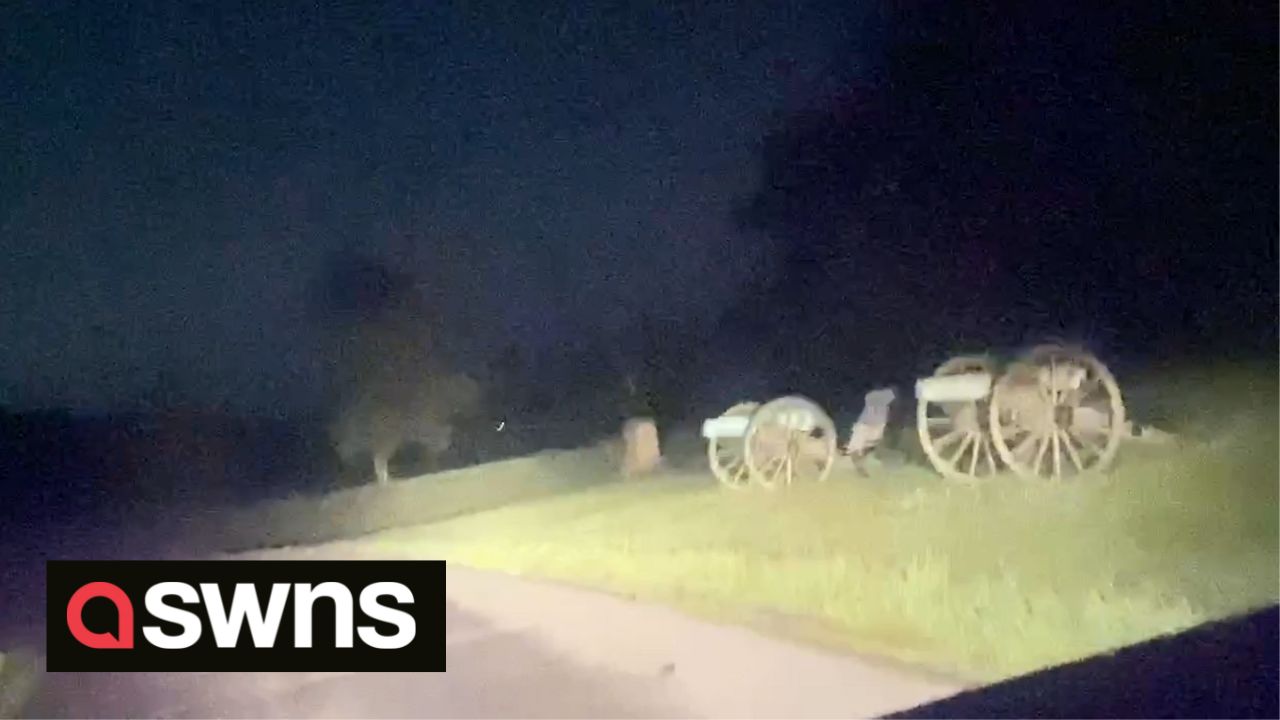 This chilling video appears to show two apparitions running across the road at the famed Civil War battle site in Gettysburg, Pennsylvania.

The sinister footage was shot by Greg Yuelling, a 46-year-old store manager from New Jersey, who was visiting the historic battleground with his daughters and two of his uncles on September 2.

He said: “We just went there as tourists, to learn more about the history of the Civil War and see the old battleground, where the Gettysburg Address was given and all that stuff.”

“Then we saw these shapes moving in the darkness. They were the size of humans. One of them ran right through the cannon.”

“It was weird, it was scary, it was crazy. My uncle got so scared he rolled up the window.”

“We went back and watched the videos over and over again, and then we blew them up on the big screen to get a closer look.”

“That made us even more freaked out.”

“It was really exciting, but I also got this strange, ominous feeling, like something was telling me to go back there. I couldn’t go to sleep, but I was creeped out, so I didn’t go.”

The brutal Battle of Gettysburg was fought between Union and Confederate forces during the American Civil War, in July 1863.

It is estimated that between 46,000 and 51,000 people and 5,000 horses died in the three-day bloodbath, with many more seriously wounded.

Many injured soldiers were left bleeding in agony on the battlefield while the fighting continued to rage around them.

Many more soldiers perished in makeshift triage units that had been assembled on the periphery of the site.

Greg said: “I’ve heard people say you can catch videos of ghosts around there, but we were so skeptical until that night.”

“I always questioned the validity of those ghost videos you see on TV, I was always pretty disbelieving.”

“I believe everything now.”