Torrential rainfall led to dozens of rescues, hundreds of evacuations and thousands of power outages across southeastern Australia 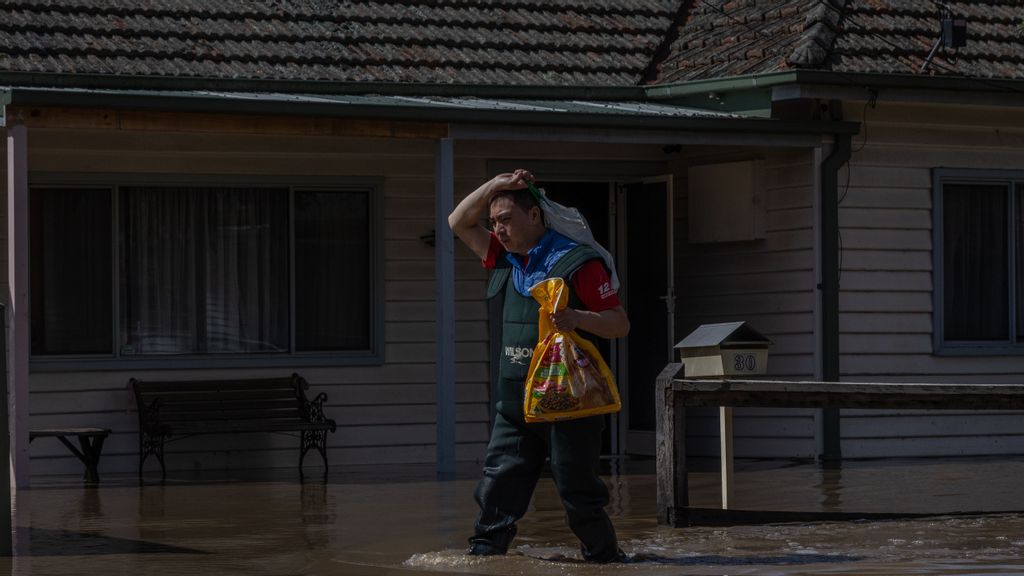 A resident in the suburb of Maribyrnong walks down a flooded street on October 14, 2022 in Victoria, Australia. An emergency warning was issued for Maribyrnong this morning with residents near the river told to evacuate homes as flood waters rise following heavy rain. (Photo by Asanka Ratnayake/Getty Images)

Torrential rainfall led to dozens of rescues, hundreds of evacuations and thousands of power outages across southeastern Australia as a powerful storm buffeted the area on Thursday. AccuWeather forecasters say gushing rainfall quickly flooded streets and caused rivers and streams to swell to dangerous levels.

Portions of the Australian states of Victoria and New South Wales were among the areas hit hardest by the rounds of relentless rain that began late Wednesday. Streets quickly turned into rushing rivers as rain fell too hard to be contained.

On Wednesday night, emergency crews in Victoria rescued at least 23 people who had driven into floodwaters, according to The Associated Press. By Thursday afternoon, that number had climbed to 30, according to The Guardian.

Victoria Premier Daniel Andrews urged people not to drive or walk into floodwaters.

Emergency officials received more than 1,600 calls for help across southeastern Australia since the violent weather began to slam the region Wednesday, the Guardian reported.

Strong wind gusts accompanied this rainfall at times and worsened the threats residents faced during the height of the stormy conditions. At one point on Wednesday night, nearly 10,000 homes in Victoria were without power, according to the AP. Hundreds remained without power as of Thursday evening, local time.

At least one 63-year-old man was missing as of Thursday night, local time, as rain continued to fall, according to the AP.

In a separate rainfall incident earlier this week, a 46-year-old man was killed after his car was submerged by floodwaters near the city of Bathurst, New South Wales, located west of Sydney. At least 20 people have died in 2022 in Australia as a result of flooding, according to Axios.

This recent round of heavy rainfall was the result of a slow-moving front and an associated storm, AccuWeather Lead International Forecast Jason Nicholls explained.

Torrential rainfall also made its way into Tasmania, where one rainfall gauge in the north-central region recorded 12.56 inches (319 mm (1.05 feets)) of rainfall during the last 36 hours. Of this rainfall, 7.28 inches (185 mm (0.61 feets)) came in 24 hours, making Thursday Tasmania’s sixth wettest October day in history.

Heavy rain will continue to fall across affected areas into Friday morning and worsen ongoing flooding dangers. Some rivers across Victoria, New South Wales and Tasmania have already swollen to hazardous levels and are expected to rise an additional amount as rainfall continues, according to Australia’s weather service, the Bureau of Meteorology (BOM).

The BOM has already issued multiple flood warnings, ranging from minor to major in scope.

Rain will begin to taper off on Friday. “The front will continue to move away on Friday, and much of southeastern Australia should be dry this weekend and into this coming Tuesday,” Nicholls added.

While rainfall is set to come to an end by this weekend, forecasters caution that flooding risks will remain high for a time as rivers crest and slowly recede.

In addition, meteorologists say Australians cannot let their guard down to hazardous weather in the short term.

“Another round of heavy rain is possible in eastern Australia from later next Wednesday into the following weekend,” Nicholls cautioned.

It has already been a wet year for portions of Australia, and any additional heavy rainfall will continue to add insult to injury. Earlier this month, Sydney surpassed the threshold for its wettest year in recorded history. More than 7 feet (2,134 mm (0.44 feets) (0.44 feet s) (0.44 feet)) of rain has drenched the city so far in 2022.

«Previous Post
Portions Of Midwest, Northeast In Line For First Snowflakes Of The Season»Next Post
AccuWeather Forecasters Study New Areas For Development In Atlantic As Karl Heads For Mexico