Secret Rave Set Up By Fatboy Slim Halted Amidst Chaos

The event was originally meant to happen at a skatepark, but was shut down by police and moved to a nearby club, Lakota. 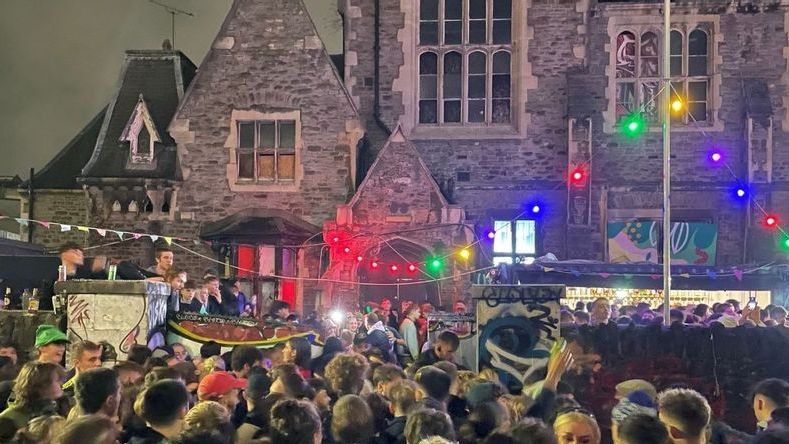 A secret rave set up by Fatboy Slim had to be shut down when it became too dangerous – after hundreds of revelers climbed over the walls to get in.

Party-goers were seen clambering over the barriers to catch a glimpse of the superstar DJ after word spread on social media – leaving organizers no option but to call it off early.

The event in Bristol, which took place last night, Wednesday, October 12, was originally meant to happen at a skatepark, but was shut down by police and moved to a nearby club, Lakota.

Both Fatboy Slim and fellow DJs Eats Everything, were scheduled to play their full sets from the back of a converted van in the club’s car park.

But it quickly became dangerously overcrowded and the gates were locked just before 8:10pm, with a decision made to stop the music shortly afterwards.

Lakota co-owner Marti Burgess said: “Our security have been absolutely on it, and we decided to shut as too many people were trying to get in, and it became unsafe.”

But some witnesses described the scene as “chaotic.”

One said: “I’m afraid the space was simply not big enough to cope with a ‘free party’ considering the social media reach of the two individuals.”

“The correct decision was to stop.”

The chaos began shortly after 4pm, when Homebass, the party organizers, sent a message on their Telegram channel announcing the location of their “biggest rave yet.”

Quickly however, police arrived to tell organizers that they could not hold the rave in that location.

Just before 5.30pm they wrote on Telegram: “The Old Bill (police) have shut us down, New location is Lakota carpark with the van. Get there for 6.50pm latest. No tickets required.”

TONIGHT
FREE PARTY
LAKOTA COURTYARD
From 7pm
BACK TO BACK
BRISTOL TO BRIGHTON pic.twitter.com/0SGMwQsxK1

Initially, queues were formed outside the city centre venue, but chaos ensued when at around 8:15pm dozens of people started scaling the walls to get a glimpse of the artists.

Police arrived at the scene at 8:30pm, but by then the situation had calmed down.

On Instagram, Eats Everything wrote: “Unfortunately we had to change location tonight due to police shutting us down during our setup.”

“We would like to say a massive thank you to Lakota for providing us their venue at such short notice, so the rave could continue.”

“Also a massive big ups to everyone who came out to party. So many of you guys showed up the venue became overcrowded, and we had to shut things down as it was getting unsafe, and we aim to prioritise your safety, so you can come and have a good experience.”