Friendship and faith can be powerful tools to transform a life. 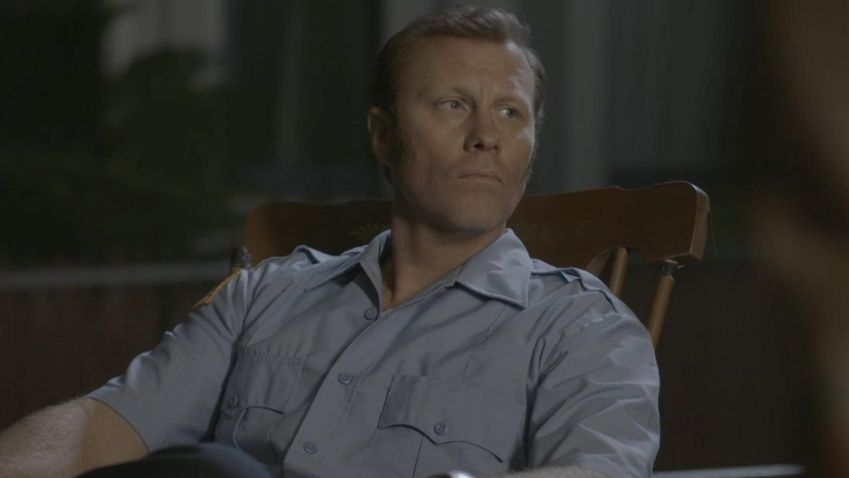 Ryan O'Quinn plays Paul Holderfield, a former racist firefighter-turned-pastor, who started one of the first integrated churches in the South. “Paul's Promise” is based on his life. (Damascus Road Productions)

The world of Christian cinema has dramatically improved over the past few years with various films revamping the genre.

The category mixes the teachings of Jesus with thought-provoking and entertaining storytelling. Films such as “I Can Only Imagine,” ”Unplanned” and “The Case for Christ” have turned religious messages into quality cinema by taking a true story and successfully bringing it to life.

There is a thin line between preaching to the choir and pandering to secular audiences. “Paul’s Promise” tries to bridge that gap. It brings a broken man’s road to redemption to the big screen.

The Story: “Paul’s Promise” is the true story of a man named Paul Holderfield (Ryan O’Quinn), a racist firefighter growing up in North Little Rock, Arkansas, during the height of the civil-rights struggles in the mid-1960s.

Racial tension in the town is at a fevered pitch. Black residents have their homes set on fire, while Paul ignores the bigotry within his own ranks. Then Paul’s mother, Minnie (Linda Purl), is hospitalized with terminal cancer. Minnie is a strong religious woman whose dying wish is for her son to attend church and turn his life around.

Paul is reluctant to accept his mother’s wishes. He gave up on religion, having witnessed his father’s abuse and his mother’s illness. With Minnie’s condition worsening by the day, Paul must make a decision. However, he must first mend his past relationships with many of the townsfolk before he can give his life to the Lord.

Bright Spots: The film touts a long list of veteran actors who deliver solid performances. The emotional aspects of the movie are noteworthy. Linda Purl’s performance is the emotional rock that holds the film together. The central conflict of the story revolves around a Christian mother begging her son to fulfill her last dying wish. Paul’s relationship with his mother creates a yin-yang dynamic often found between parents and children.

Paul wants to escape his father’s shadow, but is reluctant to use faith to change his life. The message of “Paul’s Promise” is that it’s important to focus on family and doing good in the world.

The story embraces redemption and salvation by showing a family overcoming an abusive household and racial turmoil in the Deep South using the transformative grace of Jesus. Holderfield started one of the first integrated churches in the South.

Weak Spots: The film tells the true story of a man who overcame his bigoted ways to become a pastor.  However, the film gets so bogged down in the relationship with his mother, it ignores the core arc of Paul’s internal journey.

Audiences are shown scenes of a younger Paul who wasn’t quite bigoted, but allowed his friends to be the target of racist attacks. Aside from a drinking problem, the character is not inherently bad. Because he’s not portrayed as an evil man, we don’t buy into the story of his redemption. If Paul was a much more problematic person in real life, that needs to be illustrated. The greater the conflict, the more telling the dramatic transformation.

By focusing on the relationship between Paul and his mother, the film ignores other plot lines that could better sell a redemptive tale. In the film, Paul has a strained relationship with his old childhood friend Jimmy (Josef Cannon).

The film gives audiences a few flashbacks showing their relationship when they were younger, but doesn’t spend enough time addressing their racial conflict as adults.  At one point, Paul’s mother assumes he and Jimmy are still friends, meaning there is a big chunk of dramatic development missing from the film. The film is also missing the payoff: Seeing Paul’s character become an agent for change in a racially divided Arkansas town.