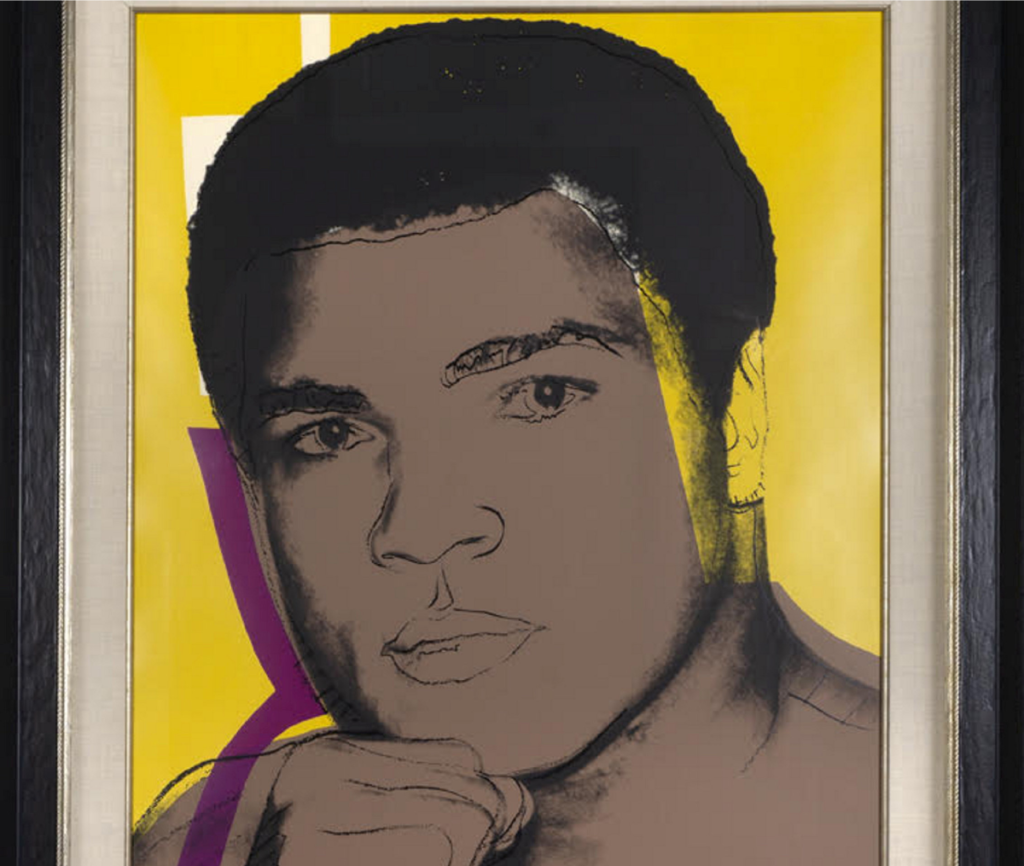 A rare set of Muhammad Ali prints by Andy Warhol are expected to fetch more than $1 million at auction.

The set of four is just one of six in existence signed by both men from an edition, size of 150, according to the seller.

Auctioneer the Memorabilia Network says Warhol was commissioned to do a series dedicated to sports figures in 1977.

Fixated on celebrities, the iconic artist picked some of sport’s biggest names – including Ali.

Also up for grabs in the auction, which runs from October 24 to November 6, is Ali’s training robe worn in the lead up to his iconic “Thrilla in Manila” fight with Joe Frazier.

Over 300 additional items of memorabilia dedicated to the legendary boxer will also go up for sale.

Harlan J. Werner, chief of the Memorabilia Network, is selling parts of his own personal collection in the auction.

“What makes this special is that for the first time I will be able to share stories, talk about how things were acquired, and create a living provenance that collectors, investors and fans, will be able to have in their collections in perpetuity,” he said.

“It is, in my view, the most accurate and complete way to allow fans the inside story behind how the items were acquired&mldr; by getting the story straight from the source.”

Kim Vidt – Muhammad Ali’s former assistant – discussed with the Memorabilia Network, Muhammad Ali’s numerous sketches and drawings that he created throughout his life.

Many of the pieces in the video are available in The Memorabilia Network’s Heroes, Icons & Legends Auction taking place from October 24th to November 6th, 2022.

Prospective buyers are able to bid using an online system and can visit the auction calendar here.

Ali – nicknamed “the greatest” – died in 2016 at 74. He is still considered one of the most influential sports figures of the 20th century.