The findings are based on electronic health records of 559,106 US veterans people. 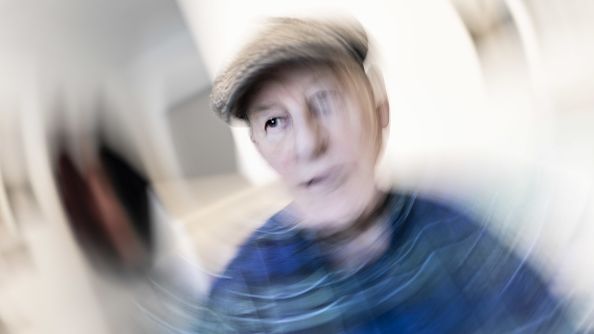 In this photo illustration a portrait of an old demented man on April 02, 2022 in Heidelberg, Germany. (Photo Illustration by Ute Grabowsky/Getty Images)

Common diabetes pills can slash the risk of Alzheimer’s by more than a fifth, according to new research.

A study of more than half a million patients found those taking them were 22 percent less likely to develop the neurological disease.

People with type 2 diabetes, the form caused by unhealthy lifestyles, are more vulnerable to dementia. Both conditions are linked to poor circulation.

Lead author Dr. Jin Zhou, of the University of Arizona, said: “Type 2 diabetes is associated with an elevated risk of all-cause dementia, including its two main subtypes, Alzheimer’s disease and vascular dementia (VaD).”

The tablets are taken once or twice daily with or without food. They work by targeting insulin resistance, enabling the hormone to improve glucose control.

By reducing the body’s resistance to insulin, the hormone is allowed to work more effectively at improving glucose control. They also lower blood pressure.

In the UK, they have been prescribed under the brand name Actos for more than two decades.

The findings are based on electronic health records of 559,106 US veterans people diagnosed with type 2 diabetes between January 2000 to December 2019.

In the most extensive study of its kind, Dr. Zhou and colleagues tracked them for an average of almost eight years.

Specifically, cases of Alzheimer’s and vascular dementia fell by 11 and 57 percent respectively among those given Actos or Avandia, another TZD.

This was compared to peers receiving alternative diabetes medications – either metformin or pills called sulfonylureas.

It opens the door to repurposing TZDs to fight dementia. The number of people living with it is set to triple to more than 150 million worldwide by 2050.

After at least one year of treatment, TZD was associated with a 22 percent lower risk of dementia, compared with the use of metformin.

“Some studies comparing TZD with either placebo or standard care within patients with type 2 diabetes have reported reduced risk of Alzheimer’s.”

Further analysis showed under 75s benefited the most, highlighting the importance of early prevention for dementia.

One of the reasons drug trials have failed to date is they are prescribed once the disease has already taken hold.

They also appeared to be more protective in overweight or obese participants, said Dr. Zhou.

He explained: “This may result as TZD reduces central obesity, a recognized risk factor for dementia.”

Interestingly, those taking sulfonylureas (SUs) were 12 percent more likely to develop dementia than those on metformin (MET).

“SUs users could be at an elevated risk of dementia, compared with MET or TZD users. Thus, monitoring cognitive functions regularly is more important to this population.

“Supplementing SU with either MET or TZD may partially offset its prodementia effects. These findings may help inform medication selection for elderly patients with type 2 diabetes at high risk of dementia.”

Alzheimer’s and other forms of dementia affect over 920,000 people in the UK – a figure that will reach two million within the next three decades.

The study is published in BMJ Open Diabetes Research & Care.