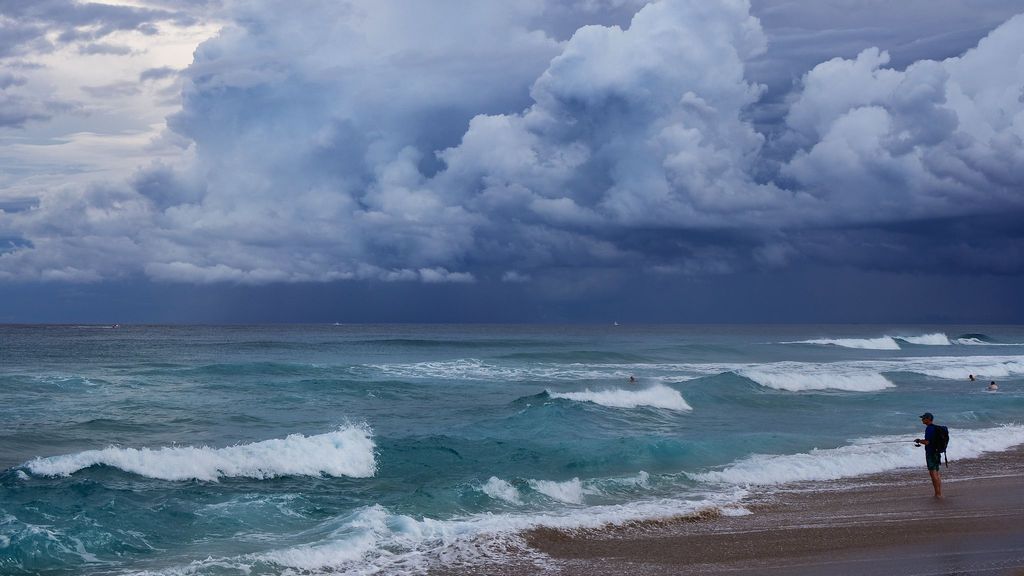 Several houses have become surrounded by water after an historic inlet was blasted by high seas and flooded following Hurricane Ian.

The inlet, which was historically open, as it now is, was called the Penon Inlet. But devastating winds and high water, caused by Hurricane Ian, washed away sea defences and flooded the beachfront properties.

Parts of the highway were completely covered and many of the houses now lie empty, as the neighborhood is mostly inaccessible.

Docks, once allowing access to the water, are now on dry land, as well after the tides washed up sand and silt.

Repairs in the Summer Haven area are estimated to possibly reach up to $18 million. Summer Haven has been battling coastal erosion since its founding in the 1800s, with 10 million already having been spent on repairs since 2008.

Geoff Parnum, 40, the owner of a car suspension company, has spent the last couple of weeks documenting the changes to the coastline and says they are cause for concern.

“But that beach, it’s constantly changing. There are all sorts of erosion, and problems with properties that were occupied before but aren’t now.”

There have been complaints by locals for years that the neighborhood is becoming less and less accessible, according to Geoff and reports from locals.

According to Geoff, the area is almost completely inaccessible during high tide, even by foot.

He said: “It’s also the fact that you have these houses that were “permitted” by the county, and when they were built that was actually a highway.”

“There was a main highway there, and it was all paved, there were fire hydrants, there were telephone poles, municipal water, there was everything, all the services.”

“The residents there all pay their taxes, and a couple of storms wipe the place out, and the city never rebuilt it.”