Vitally, an unmanned turret and auto-loading ammunition system would reduce crew size from four to three. 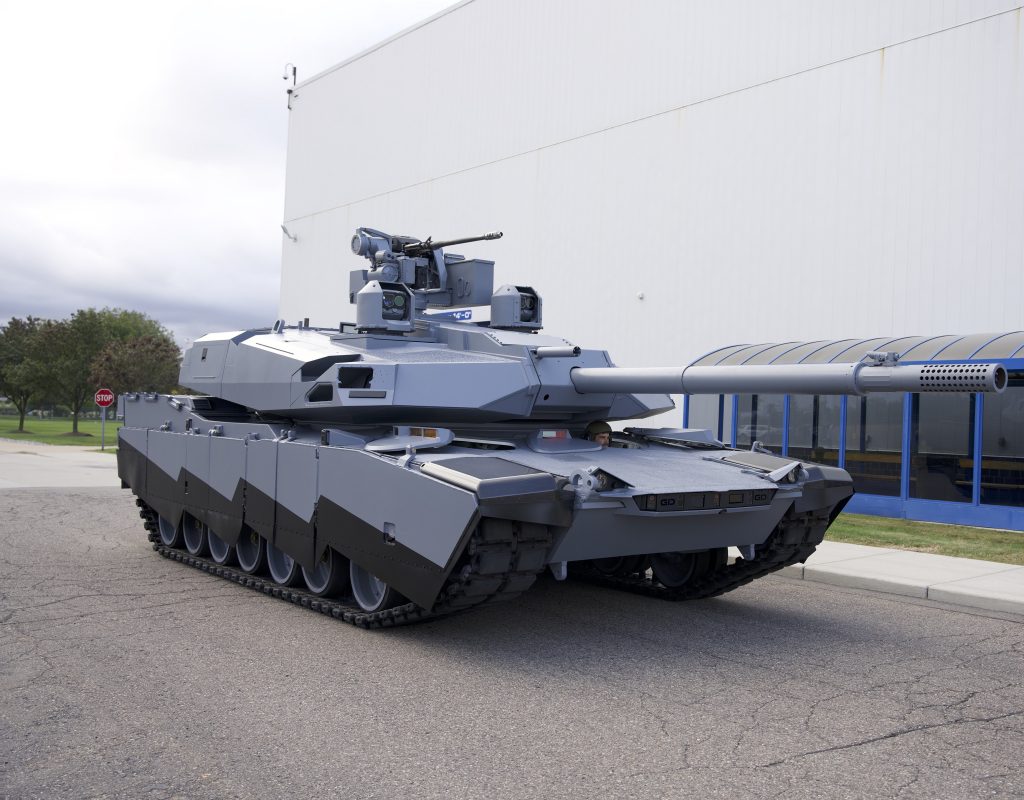 A “technology demonstrator” of the AbramsX has been shown off at the U.S. Army’s 2022 AUSA event in Washington, D.C. this week.

It showcases a next-gen, space-age design and boasts many improvements on the battle-worn previous incarnations of the previous Abrams main battle tank.

The tracked vehicle will be lighter, require half the amount of fuel, and be more stealthy thanks to a hybrid power system.

Vitally, an unmanned turret and auto-loading ammunition system would reduce crew size from four to three.

“With a reduced crew size and AI-enabled lethality, survivability, mobility, manned/unmanned teaming (MUM-T) and autonomous capabilities, AbramsX can be a key node in lethal battlefield networks and serve as a bridge from Abrams SEPv3 and SEPv4 to a future tank.”

The AbramsX was rolled out at the U.S. Army 2022 AUSA Annual Meeting in Washington, DC, which is described as the army’s “premier professional association and host of the largest land power exposition in the U.S.”

«Previous Post
Is This Quirky Flying Machine The Future Of Flight?»Next Post
A Hotel For Electric Vehicle Owners Is A New Concept From This Automaker