Scientists Think One Of Saturn’s Moons Could Contain Life

The Cassini spacecraft discovered water under the moon’s icy surface, opening up the idea that it could sustain life. 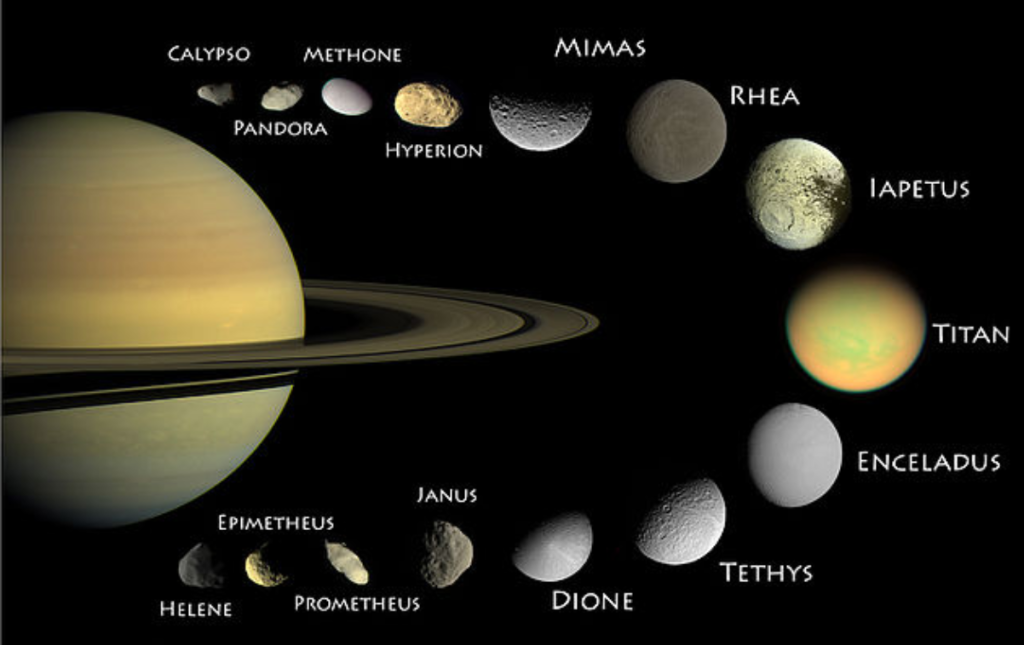 Scientists have found that Enceladus’ ocean is likely rich in phosphorus, a key component for life.

Phosphorus, in the form of phosphates, is essential for the creation of DNA and RNA, energy-carrying molecules, cell membranes, bones and teeth in people and animals, and even the sea’s microbiome of plankton.

“Enceladus is one of the prime targets in humanity’s search for life in our solar system,” said Dr. Christopher Glein, a leading expert in extraterrestrial oceanography at Southwest Research Institute, and a member of the team.

“In the years since NASA’s Cassini spacecraft visited the Saturn system, we have been repeatedly blown away by the discoveries made possible by the collected data.”

The Cassini spacecraft discovered water under the moon’s icy surface, opening up the idea that it could sustain life.

Scientists are now going beyond water and looking for specific molecules that can support life.

“The quest for extraterrestrial habitability in the solar system has shifted focus, as we now look for the building blocks for life, including organic molecules, ammonia, sulphur-bearing compounds, as well as the chemical energy needed to support life,” Glein said.

“Phosphorus presents an interesting case because previous work suggested that it might be scarce in the ocean of Enceladus, which would dim the prospects for life.”

Glein said, “What we have learned is that the plume contains almost all the basic requirements of life as we know it.”

“While the bio-essential element phosphorus has yet to be identified directly, our team discovered evidence for its availability in the ocean beneath the moon’s icy crust.”

To make this discovery, scientists developed the most detailed geochemical model to date of how seafloor minerals dissolve into Enceladus’s ocean, and predicted that phosphate minerals dissolve unusually easily there.

“The underlying geochemistry has an elegant simplicity that makes the presence of dissolved phosphorus inevitable, reaching levels close to or even higher than those in modern Earth seawater,” Glein said.

“What this means for astrobiology is that we can be more confident than before that the ocean of Enceladus is habitable.”

For Glein, the next step is clear: “We need to get back to Enceladus to see if a habitable ocean is actually inhabited.”

One of the most profound discoveries in planetary science over the past 25 years is that worlds with oceans beneath a surface layer of ice are common in our solar system.

Other moons with these oceans include Europa, the moon orbiting Jupiter, and Titan, another one of Saturn’s moons.

The discovery of these oceans greatly expands the number of habitable worlds likely to exist across the galaxy.

This study has been published in the journal, Proceedings of the National Academy of Sciences.