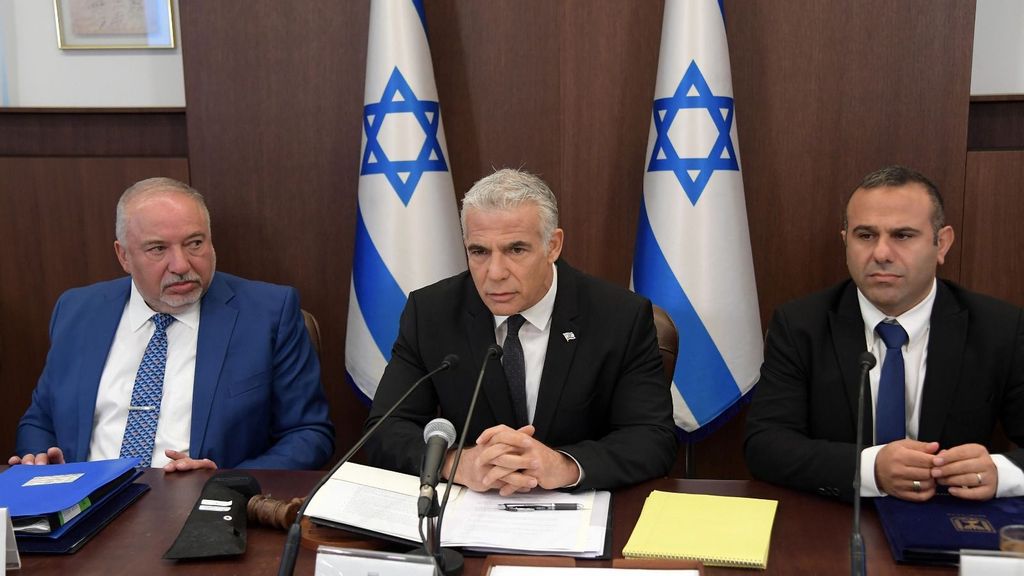 Israel’s security cabinet voted on Wednesday in favor of a maritime and gas agreement with Lebanon that was mediated by the United States. The issue will now go to the full Cabinet for approval. It will be submitted to the Knesset for review, but the Cabinet has yet to decide whether the legislature will vote on the issue. Wednesday’s vote concluded a session in which the various aspects of the proposed agreement were discussed, which involved senior members of the Israeli military.

The cabinet voted in favor of a summary of the agreement that was formulated by Prime Minister, Yair Lapid. The summary states, “There is importance and urgency in reaching the maritime agreement between Israel and Lebanon at this time. The members of the Security Cabinet express their support for the Government of Israel to advance the agreement.” All the security cabinet (formerly known as the Ministerial Committee on National Security Affairs) members voted in support of Lapid’s summary except for Interior Minister Ayelet Shaked, who abstained. Among those who voted in favor was alternate Prime Minister Naftali Bennett, Shaked’s former political partner.

The latest US-mediated proposal will reportedly draw a border between the two countries’ exclusive economic zones (EEZs) based largely on a boundary known as Line 23, and award a disputed area of around 840 square kilometers (324 square miles) to Lebanon, while recognizing Israel’s claim to the Karish gas field and to royalties (an expected share of about 17 percent) from the section of the Qana field that extends into the Jewish state’s EEZ. Israel’s demand to preserve a five-kilometer line from the coastline into the sea, running north of Line 23, was accepted by Lebanon.

“When I assumed my role as prime minister, I started the negotiation process with Lebanon over economic waters. I did this out of the desire to create a reality [promoting peaceful relations] of [gas] ‘field to field’ and in Israel’s economic, security and strategic interests. Not all that is good for Lebanon is bad for Israel. There are instances where it is possible both sides benefit.” said Bennet in a statement. Bennett added that he saw value in reaching an accord, “but not at any price, and certainly not under threat. Now, we have reached a deal under different circumstances and through a different path than planned. Still, under the current circumstances, it is right to approve it. With deep familiarity with the elements of the deal with Lebanon, and after I learned all of the heads of security agencies’ views, I have decided to give my support.”

Israeli opposition leader Benjamin Netanyahu has accused Lapid of caving in to Hezbollah. The Iranian-backed terror organization has threatened to attack Israel if it began extracting gas from the Karish reservoir before reaching an agreement with the Lebanese government.