A landslide in Las Tejerias has destroyed hundreds of homes and left a death toll of at least 36 as of Tuesday afternoon. 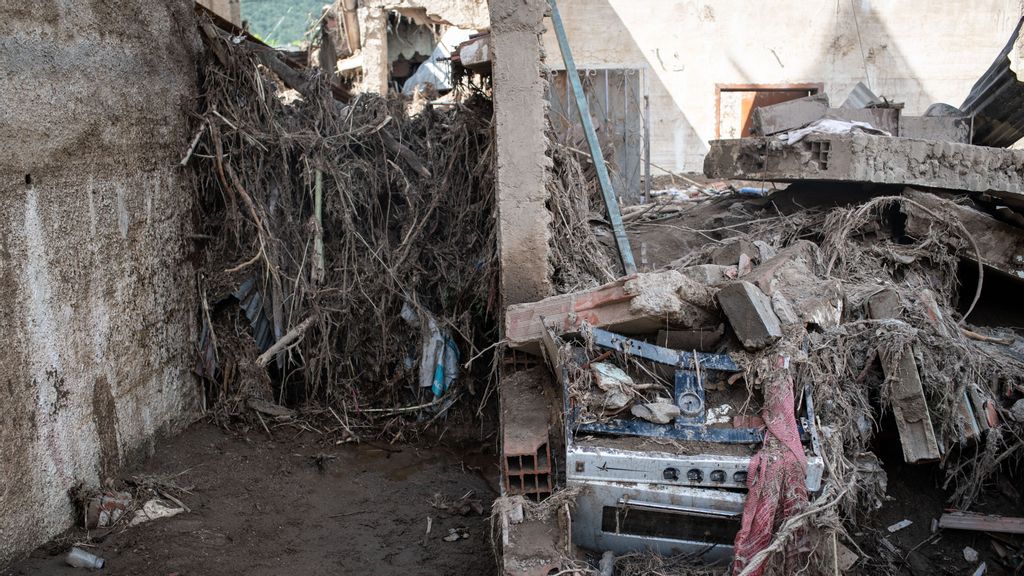 View of a kitchen of a house full of mud and debris from the landslide on October 11, 2022 in Las Tejerias, Venezuela. Search for missing continues two days after deadly landslides caused by heavy rains hit the town of Las Tejerias, 68k from Caracas. (Photo by Carolina Cabral/Getty Images)

A landslide in Las Tejerias, a city in Venezuela, has destroyed hundreds of homes and left a death toll of at least 36 as of Tuesday afternoon.

“We have not experienced a landslide of such magnitude in Venezuela in many years,” President Nicolas Maduro told Venezolana de Televisión 360 on Monday when he visited the area.

According to AFP, this landslide occurred on Saturday and has already become the worst natural disaster in Venezuela of the century. Maduro said authorities counted almost 400 houses that had been completely destroyed and 400 more with some damage.

Las Tejerias is nestled in the mountains about 30 miles from the country’s capital, Caracas, and home to about 54,000 people. AFP reported more than 3,000 rescuers had been deployed to the town to help those affected.

Isaac Castillo, a resident of Las Tejerias, said one of his main concerns was the people who are still missing. Maduro said there were about 60 people missing as of Tuesday.

“We don’t know if there are still people under this rubble,” Castillo told AFP, pointing to the ground next to him.

The community, along with the authorities, have come together to clean up the debris from the streets and the homes. But some homes have been deemed uninhabitable, adding to the residents’ frustration.

“Civil Defense says the house is uninhabitable,” Miguel Segovia, a resident of Las Tejerias, told AFP. “They won’t give me a house, and if they ever do, it will take years.”

The United Nations System in Venezuela, with a mission to respond to the population’s needs in the most vulnerable situations, acknowledged the devastating events in a tweet on Sunday evening. Gianluca Rampolla, a resident coordinator of the system, tweeted the organization was “mobilizing support in close coordination with the authorities.”

Excessive rainfall fueled at least in part by Hurricane Julia and La Niña, a climate pattern marked by cooler-than-normal water across part of the Pacific near the equator, played a role in the disaster, AccuWeather meteorologists say.

“As much rain fell in eight hours as normally falls in a month,” Vice President Delcy Rodriguez said, as she blamed the “climate crisis,” according to AFP.

Hurricane Julia went on to claim at least 26 lives in Central America as the storm unleashed flooding rainfall across the region and resulted in widespread damage from Panama to Guatemala.

Castillo said regardless of the recovery and aid efforts, not all residents were eager to start cleaning up. Some had expressed their concerns about the area’s ability to recover properly.

“We have not yet begun to clean up the little that can be cleaned, if it can be cleaned up, because here the majority of the neighbors agree to abandon this area,” Castillo told AFP.

“Tejerias will never be the same again, it will take a thousand generations to recover these towns, this was totally devastated.”