Could Meditation Help Protect Against Alzheimer’s?

It boosts attention, awareness and emotional health – faculties that decline with dementia 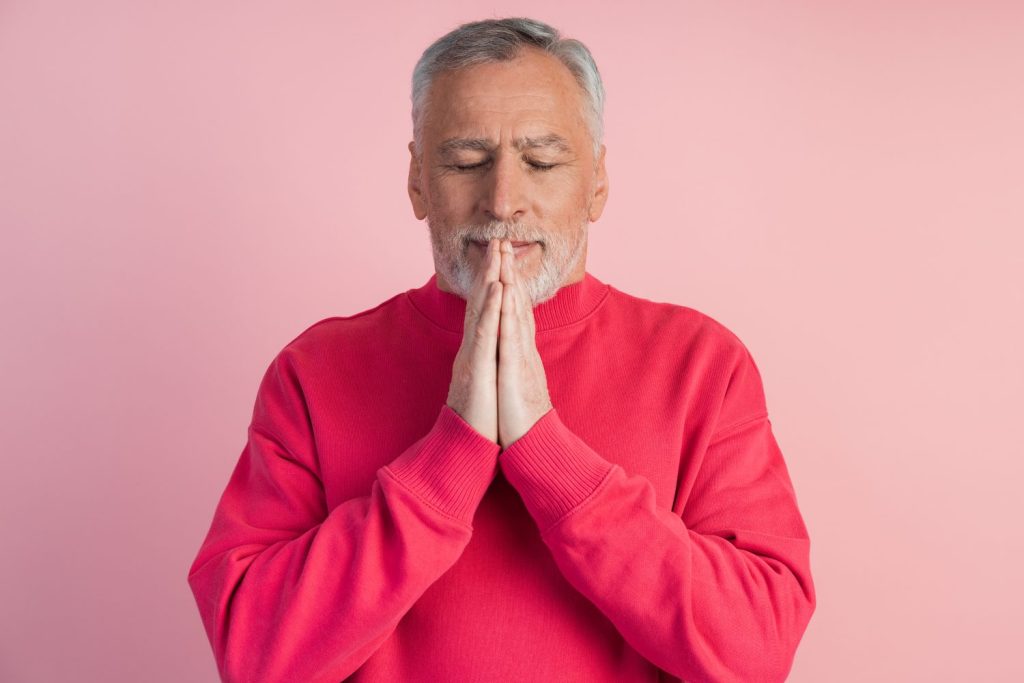 Meditation could protect older people against Alzheimer’s, according to new research.

It boosts attention, awareness and emotional health – faculties that decline with dementia.

The findings shed fresh light on how the disease works and open the door to better therapies.

They add to the evidence that mindfulness reduces symptoms and even helps ward them off.

French participants assigned to an 18-month course did better than those given English lessons instead to keep their brains busy.

Corresponding author Dr. Gael Chetelat, of the University of Caen-Normandy, said: “Meditation was superior to non-native language training on changing a global composite score and two of its subscores reflecting attention regulation and socio-emotional capacities.”

They have been linked to well-being – suggesting meditation improves mental health and “human flourishing”.

“In the context of meditation practices, this capacity allows a heightened awareness and monitoring of the contents of experience without becoming absorbed by them.”

“Socio-emotional capacities decreased substantially after non-native language training, suggesting the difference observed may be due to maintenance of skills by meditation.”

Celebrities including Gwyneth Paltrow and Richard Gere have extolled the virtues of intense concentration.

They also did home practice of at least 20 minutes a day. A control set carried on living their lives as normal, with no intervention.

“The study findings confirm the feasibility of meditation and non-native language training in elderly individuals, with high adherence and very low attrition.”

Meditation has become increasingly popular over recent years. It has helped people quit smoking, cope with cancer, and even prevent skin condition psoriasis.

“Future analyses on secondary outcomes will determine the measures most sensitive to meditation training and the factors associated with responsiveness to the intervention.”

Previous research has suggested it slows onset by helping people to stay focused and boosting happiness.

Staying ‘in the moment’ has been part of philosophical and contemplative practices for thousands of years.

The hallmark of many forms of mental illness is a preoccupation with one’s own thoughts – a condition meditation seems to affect.

Dr. Chetelat said: “Strategies to prevent dementia are urgently needed. Mental training that targets stress and attention regulation has the potential to improve both cognitive and emotional aspects of aging.”

“Mindfulness meditation can also reduce stress, anxiety and depression – including in older adults.”

The number of dementia cases worldwide will triple to over 150 million by 2050. With no cure in sight, there is an increasing focus on lifestyle factors that are protective.

Mindfulness-based cognitive therapy (MBCT), which combines meditation with orthodox ‘thought training’, is already recommended for depression in Britain and is available on the NHS.

Dr. Chetelat said: “Meditation appears to be a promising approach to preserve brain structure and function as well as cognition and thus to reduce dementia risk by directly targeting psycho-affective factors.”

The study is in the journal JAMA Neurology.