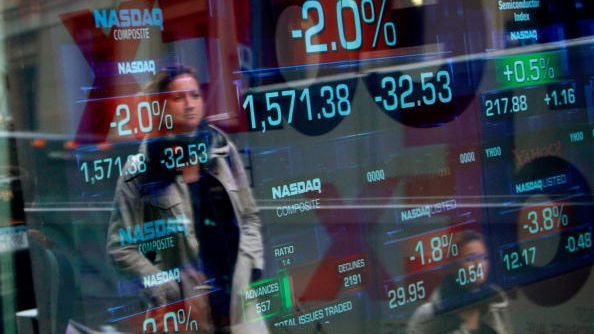 What Happened: Jones, founder and chief investment officer of Tudor Investment, warned that the US economy is headed for a recession if it’s not already in the midst of one Monday on CNBC’s “Squawk Box.”

“The Federal Reserve board is fighting something it hasn’t seen really in almost four decades,” Jones said.

“Inflation is a bit like toothpaste. Once you get it out of the tube, it’s hard to get it back in. The Fed is furiously, right now, trying to wash that taste out of their mouth, and they’re doing it by raising interest rates.”

Last month, the Fed raised its benchmark rate by 0.75% for the third straight time and indicated that it will continue to be aggressive in its fight against inflation.

The target fed funds rate sits between 3% and 3.25%, the highest levels seen since before the 2008 financial crisis. More rate hikes are expected, as Fed Chair Jerome Powell has warned that pain is ahead.

“Powell’s already talked about pain. I take that as a metaphor for recession. And if we go into recession, that has really negative consequences for a variety of assets,” Jones said.

Why It Matters: For inflation to get back to 2%, wage inflation has to come down, Jones said. The problem is that many workers are expecting an increase in pay to make up for the rapid inflation increase that has taken place so far this year, he said, suggesting the Fed needs to keep being aggressive.

“If they don’t keep going, and we have high and permanent inflation, it just creates, I think, more issues down the road,” Jones said.

“If we are going to have long-term prosperity, you have to have a stable currency and a stable way to value it … so there’s going to be short-term pain associated with long-term gain,” Jones said.

Jones believes the Fed needs to stay aggressive and as a result, he’s “assuming we are going to go into” a recession, if we aren’t already in one.

The billionaire hedge fund manager rose to fame after he correctly predicted the 1987 stock market crash, known as “Black Monday.”

U.S. markets dropped more than 20% in a single day during the “Black Monday” stock market meltdown of October 19, 1987. Computer-driven trading algorithms that followed a portfolio insurance strategy and investor fear are believed to have been the primary causes of the crisis.