‘We Are Resilient People’: A Project To Keep Cultures And Land Above Water

Separated by thousands of miles, two Indigenous groups are working together to elevate their voices on a shared problem. 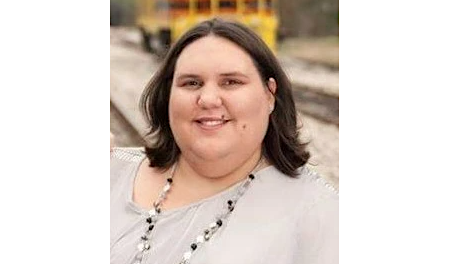 Separated by thousands of miles, two Indigenous groups are working together to elevate their voices on a shared problem that’s exacerbated by climate change.

Chantel Comardelle, the tribal secretary of the Biloxi-Chitimacha-Choctaw in Jean Charles, Louisiana, and Dennis Davis, a Kigiqtamiut Inupiat artist from Shishmaref, Alaska, live nearly 4,000 miles apart. Yet their joint-effort photography piece featuring their islands tells a shared story of the threat of displacement and worry over losing close-held traditions and ways of life.

Isle de Jean Charles, an island about 60 miles south of New Orleans in the bayous of Terrebonne Parish, Louisiana, stretched across 22,000 acres as recently as 1955. The island was the refuge for a band of the Biloxi-Chitimacha-Choctaw Tribe after being displaced by Indian Removal Act-era policies and remains the epicenter for the tribe’s traditions. Since then, however, it has lost about 98% of its land to erosion and saltwater intrusion caused by canals carved through the surrounding marshland by oil and gas companies. Levees separating the island from the Mississippi have led to subsidence and land loss, and with the rising sea level, the “Island Road” that connects Isle de Jean Charles to the mainland floods frequently, hindering travel and access to medical services.

After every storm, Davis, a Kigiqtamiut Inupiat resident of the island, sends out his drone to see just how much land the island had been lost to the ravenous waves. For 15 years, he’s been recording the loss of land, trying to amplify it via social media in an effort to put a spotlight on what’s happening in other Alaskan villages as well as his own community.

The impacts of climate change have exacerbated both situations. The Kigiqtamiut Inupiat people live a subsistence lifestyle, living off the ocean and land, as they had been taught to do for a millennium, Davis said. However, the ice in Shishmaref has started melting from the bottom faster than it melts at the top, creating a dangerous situation for those who go out on the ice.

Davis described that with climate change, Shishmaref is like “the poster child of what’s going to happen in the rest of the world.” But while he has spoken with film crews from Japan to Denmark to Greenland, he said there’s been little attention to the situation from the United States itself.

In Isle de Jean Charles, hurricanes hit hard. Hurricane Ida was the latest storm to tear across the island, leaving catastrophic damage and displacing the community’s elders. With the water closing in, the Tribal Council made the difficult decision to resettle. It’s an effort that’s been ongoing for nearly two decades. Due to the resettlement efforts, the Biloxi-Chitimacha-Choctaw tribe of Isle de Jean Charles has been referred to by some as the first “climate refugees” as a result of their resettling — a description that was like driving a “stake in our heart,” Chantel Comardelle said.

“That’s not the idea of what we are,” Comardelle, the executive secretary of the Biloxi-Chitimacha-Choctaw tribe of Isle de Jean Charles and director of the Preserving Our Place Movement, told AccuWeather. “‘Refugee’ is something that’s labeled to people who are fleeing from some tragic event and there’s no hope. There’s no clear direction on where they’re going or what’s going to happen to them. But we have clear objectives of where we want to be, where we want to go.”

“[Journalists] take their pretty pictures of a house falling in the water or a house damaged by hurricanes, and they post that all over the media and that’s not what we see as our community’s going through climate change,” Comardelle said. “We’re actually adapting our lifeways and our sustainability. We’re adapting all of those things to be resilient in our community.”

The adaptations in Jean Charles have come in the form of stilted homes to mitigate flooding impacts to people continuing to find ways to live off the land via fishing or crabbing. In Shishmaref, Davis employs the use of his drone to check the safety of the ice before people go out on it.

After connecting through a mutual friend and learning of their similar situations, Comardelle and Artist Dennis Davis began to work on a photography piece to counter how the voices of Indigenous tribes in the policy of displacement are hindered on a national level.

“One thing we discovered was we can do that by showing what we see as our community goes through climate change,” Comardelle said.

From this thought came the Knowledge is Power Exhibit, currently housed on the Biloxi-Chitimacha-Choctaw website, which documents its changes due to climate change and the changes the people have made to combat it. Their next step, Comardelle said, is to find a building to house the gallery.

The gallery also serves as a part of the Biloxi-Chitimacha-Choctaw’s Preserve Our Place Movement, an effort as old as the resettlement plans that focuses on preserving the community and traditions as people move away from the island due to repeat damage, flooding or health reasons. Comardelle herself made the difficult decision to move after developing asthma following two hurricanes flooding her home in the same year.

“Tribal leaders saw this and realized that in order to preserve the cohesion of our community, we needed to do something as a Tribal Council,” Comardelle, also the director of the movement, said. They began working on a resettlement plan that involved not only moving people who live on the island but that also allowing those who have moved away to return to the community and allow it to grow.

“That’s really how our ancestors — our grandparents and great-grandparents — taught the culture, is by living it, so it’s really important that we keep those natural lines of teaching from one generation to the next together,” Comardelle said.

When Comardelle was young, that meant going from house to house visiting relatives, all of whom lived within about a quarter of a mile block of each other.

“If one of them wasn’t cooking or didn’t need your help doing something, you go to the aunt’s house and they were hanging the palmetto from the bottom of the house to dry it out, so we learned. That’s how we learned: by doing, and if our community isn’t together, then we can’t do that,” Comardelle said. “So that’s part of Preserving Our Place. Preserving those traditions, those lifeways in any way possible before they just go by the wayside.”

When elders were displaced by Hurricane Ida, there was a renewed urgency to record the knowledge they carried with them. This includes traditions such as basket-weaving and medicine but also extends to individual Tribal members’ history, family history and the history of their culture.

“Every house has major catastrophic damage [from Ida], so it’s just very important for us to document, video these elders doing their crafts and their basket weaving, cast netting, all these things so that way the next generation can actually see it, even if they can’t experience it because the island is gone,” Comardelle said. “But at least they can have a taste of it and see it preserved in this museum movement.”

The U.S. Department of Housing and Urban Development back during the administration of Barack Obama designated $48 million to the Biloxi-Chitimacha-Choctaw effort to resettle the community about 40 miles north of Isle de Jean Charles. The area is located in Schriever, Louisiana, the land dubbed “New Isle” and is expected to be completed in 2022.

However, there has been criticism of how the project had been handled. In 2019, Albert Naquin, chief of the Jean Charles Chief band of Biloxi-Chitimacha-Choctaw, told the LA Times that decisions were being made by the state and not the tribe, as had been intended.

“Since the HUD award was announced in early 2016, state planners have steadily erased our role as leaders of the resettlement process, excluded our Tribal leadership from decision-making, disregarded Tribal protocols during community engagement activities, proposed we give up our Island home and that the new land be opened to public auction or to house other so-called ‘climate refugees’ from throughout the coast,” Comardelle wrote in a press release from 2019. “Moreover, planners have exacerbated tensions within our Tribe.”

“We worry that the state of Louisiana’s vision for a resettlement is assimilationist and more about moving people from the coast without taking the care to preserve and strengthen social relationships and distinct traditional ways of life that have been strained throughout this integrational crisis of land loss,” she added.

While many have already moved from the island, the Biloxi-Chitimacha-Choctaw are still fighting to preserve the island as long as possible rather than allowing it to slip into the sea. Up in Shishmaref, Alaska, Davis is facing a similar battle.

“You just can’t take a community or a tribe and move them to the city and expect them to survive,” Davis said. “I mean, yes, you can survive, but then it’s a whole different process of living.”

He pointed to Dubai’s Palm Islands and Japan’s Kansai International Airport, all artificial islands, as examples of what could be done to save the islands.

“There could be a lot more done than just trying to say, ‘Oh, well, you know, we’ve got to move you guys,'” Davis said. “The Kansai Airport in Japan was nothing and they built an island and an infrastructure, an airport, literally an international airport from the ocean,” he continued, referring to the international airport that serves Osaka and was built on an artificial island and opened in 1994. “And you’re telling me you can’t do anything to help these villages?”

“You’re not going to tell the whole city of Miami, ‘You have to move,'” Comardelle said, invoking the specter of Miami one day being underwater due to rising sea levels in the absence of interventions. “You’re going to do some adaptations. You’re going to do some modifications…you can’t expect everybody to just pick up and move. That’s how I would hope that folks will look at us and see themselves and how they would deal with climate change. We’re just one facet of it.”

Comardelle put her tribe’s challenges in the context of other climate-related disasters that impact people.

“Folks that are dealing with heavy, heavy snow or drought, because of the climate patterns changing, they’re dealing with something different. The fires, you know, we don’t expect them to up and leave because there are fires,” she said. “Every year we try to figure out ways to adapt. That’s what we do. We are resilient people, and I think it’s time for us as a people to stop looking and judging and figure out ways how we can all adapt and be resilient together.”