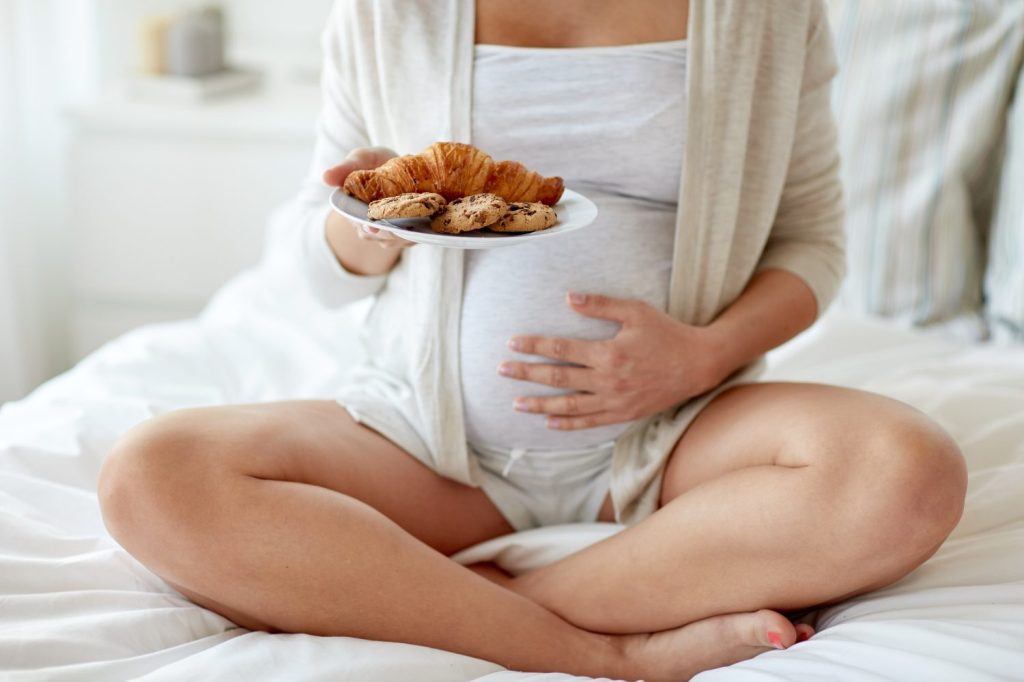 Kids born to mums who ate too much junk food are a quarter more likely to be overweight, according to new research.

Younger women should reduce their consumption of ultra-processed foods such as chips, biscuits, and cakes.

Intake is linked to obesity in their children – regardless of other lifestyle factors, say scientists.

The corresponding author, Professor Andrew Chan, of Massachusetts General Hospital, Boston, explained: “Offspring of mothers who were in the highest consumption group of ultra-processed food had a 26% increased risk of incident overweight or obesity compared with mothers in the lowest consumption group.”

More than half the calories the average person in the UK eats come from ultra-processed foods.

Animal and human studies have shown maternal undernutrition and poor diet quality could change genes involved in the regulation of growth, energy balance, and insulin resistance in offspring.

Other biological mechanisms might involve the proinflammatory additives in ultra-processed foods, including sodium, emulsifiers, sugar, and artificial sweeteners.

“Emulsifiers and sweeteners are common ingredients found in store-bought beverages and dairy-based desserts such as ice cream and frozen yogurt, both of which were associated with childhood overweight or obesity in our analysis.”

According to the World Health Organization, 39 million children were overweight or obese in 2020 – leading to increased risks of heart disease, diabetes, cancers, and early death.

In the UK, one in two women of childbearing age – and around a third of children – are overweight.

Chan said: “Maternal diet during child-rearing is likely to shape offspring’s diet and lifestyle choices, which subsequently exert a profound impact on their risk of being overweight or obese.”

The US team called for dietary guidelines to be refined and financial and social barriers removed to improve nutrition for women of childbearing age.

Chan said: “Our study highlights the potential benefits of limiting ultra-processed food consumption among mothers and women of reproductive age to reduce the risk of being overweight in their children.”

“However, we should not overlook social determinants of health that could impede women from reducing their ultra-processed food intake.”

They include a lack of adequate time to prepare unprocessed food and the additional costs of a more healthy diet, such as limited shelf life that might result in greater waste.

It is also possible that mothers are not solely responsible for household food and face limited access to healthy options due to geographical location.

Additionally, many women might already experience shame for weight-related health behaviors during pregnancy and child-rearing.

Chan said: “We caution against using this data to further stigmatize their food choices.”

He added: “Addressing these financial and social structural barriers to making healthy food choices is critical for developing achievable and responsible dietary guidelines for women of childbearing age.”

The findings in The BMJ were based on almost 20,000 children aged seven to 17 born to around 14,500 mothers who were tracked for an average of four years.

Results showed a mother’s ultra-processed food consumption was associated with an increased risk of overweight or obesity in her offspring.

For example, a 26 percent higher risk was seen in the group with the highest maternal ultra-processed food consumption (12.1 servings/day) versus the lowest consumption group (3.4 servings/day).