Elon Musk is being criticized for suggesting Chinese control of Taiwan, after he recommended accepting Crimea as Russian land. 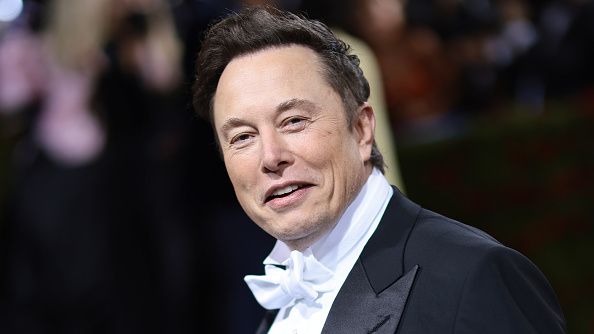 Elon Musk attends The 2022 Met Gala Celebrating In America: An Anthology of Fashion at The Metropolitan Museum of Art on May 02, 2022 in New York City. (Photo by Dimitrios Kambouris/Getty Images for The Met Museum/Vogue)

Tesla CEO Elon Musk found himself in hot water over his suggestion to make Taiwan a “special administrative zone” under Beijing.

He weighed in on the China-Taiwan issue recently in an interview and advocated an increased Chinese control on the island.

“It’s possible, and I think probably, in fact, that they could have an arrangement that’s more lenient than Hong Kong”, said Musk, pointing to an inevitable conflict over Taiwan and how it would impact the global economy.

Taiwan’s de-facto ambassador to the US, Hsiao Bi-khim, came down heavy on Musk’s solution of the cross-strait conflict saying: “Taiwan sells many products, but our freedom and democracy are not for sale.

“Any lasting proposal for our future must be determined peacefully, free from coercion, and respectful of the democratic wishes of the people of Taiwan”, Bi-Khim added.

However, the billionaire’s comment received praise from China’s ambassador to the US Qin Gang, who said: “One country, two systems is part of China’s basic principles for resolving the Taiwan question.”

To many, Chinese eulogy of the world’s richest man is not separate from his big business interests in the Asian country. Tesla runs a factory in Shanghai which is reported to have accounted for half the global deliveries of the company past year.

This was not the first time that Musk’s remarks caused displeasure. Earlier this month, he held a twitter poll on his four points proposal to end the war in Ukraine which included permanently ceding Crimea to Russia and a “neutral” Ukraine.

The billionaire’s Ukraine peace plan was met by a feral response by the outgoing Ukrainian ambassador to Germany Andrij Melnyk who told Musk to “f**k off”, saying that it was still a diplomatic reply.

“The only outcome is that now no Ukrainian will EVER buy your f&mldr;ing tesla crap. So good luck to you”, he added.

The episode has caused some commotion outside the diplomatic community as well. “Big Short”, investor Michael Burry expressed his bewilderment over Musk’s opinion, tweeting, “I don’t get it. We just saw what happened in Hong Kong.”

The electric car manufacturer’s hot takes have invited controversy twice within a week’s time, while he maintains his proposals call for peace and speedy resolution of conflicts.

«Previous Post
The Rupee’s Fall Against US Dollar Not Welcome By Indian IT Industry, Unlike Before»Next Post
What Does Prophetic Paul Tudor Jones Have To Say About Economic Future