Bains follows a rigid training regime, exercising for an hour and a half, six days a week. 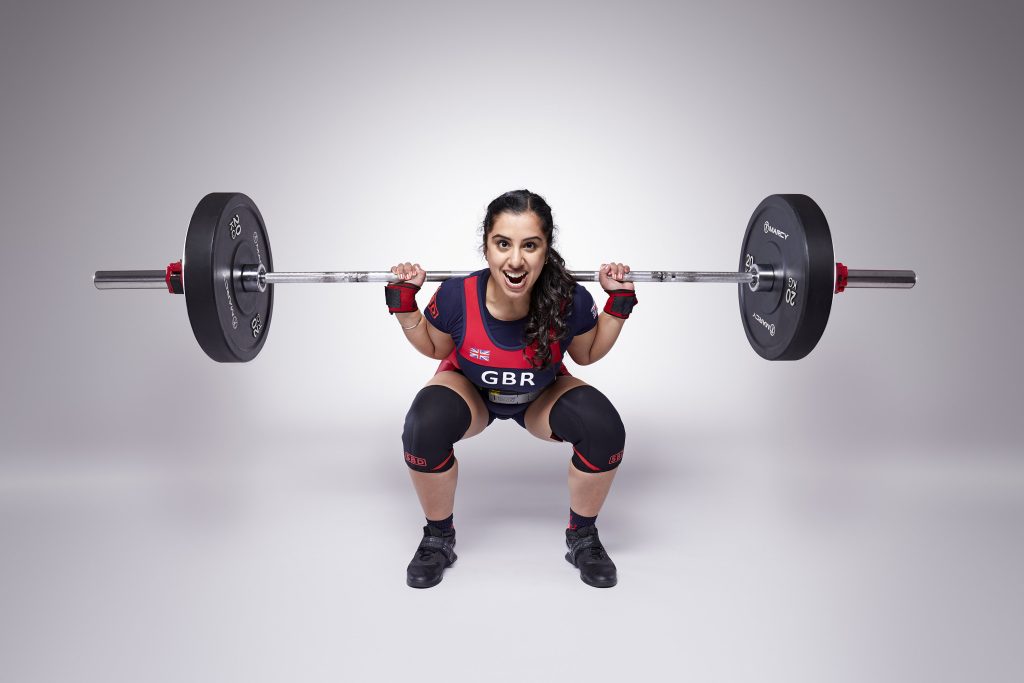 A British powerlifter has broken the world record for the most times a anybody has squatted her own body weight in one minute. (Paul Michael Hughes /Guinness World Records via SWNS)

A British female powerlifter has broken the world record for the most times anybody has squatted their own body weight in one minute.

Karenjeet Kaur Bains, 26, who was the first Sikh female powerlifter to represent Great Britain in 2019, has now gone on to make another piece of sporting history.

Bains, of Warwick, now holds the title for the most times a person has squat lifted their own body weight in a single minute – 42 reps of 67kg (147 lb).

“I am extremely proud to be the holder of a Guinness World Records title,” she said.

“To say I have made a mark in history by not only being the first British Sikh female to represent Great Britain in Powerlifting, but to also be an official world record holder is an incredible feeling.”

“The target to beat was 30 reps, so I was super pleased to have smashed that and set a record much higher than this.”

“I also managed to beat the number of reps that had been set by the male equivalent of this record, which was only 34, so that did feel quite empowering.”

“Breaking this record has given me a buzz to set even more records, so watch this space because there are many more to come.”

Her father, a former powerlifter, has been her coach ever since the beginning of her career, and they continue to train together in a gym they set up in the back of her garden.

Bains follows a rigid training regime, exercising for an hour and a half, six days a week.

All this hard work must be done alongside long hours at her day job since her sports category is not funded by sponsors.

She only had two weeks of training to break the squat record on March 7, 2022, which was all done alongside her usual competition training.

As well as family, religion has played a vital part of Bain’s powerlifting journey.

“As Sikhs, we are supposed to be known as the ‘warrior race’, serving to protect the innocent and stand up for injustice, and this is the same mindset I channel when I compete,” she said.

“Often you see me let out a warrior battle cry just before my deadlift (you may have seen pictures of me roaring) and I channel this mindset of going out to the battlefield or the arena towards my lifting.”

Bains, who hopes her success will inspire other young girls to “break barriers, to defy expectations and show that females can be strong too.”

“Sometimes it takes just one person to start it off, to be that role model,” she said.

“If I encouraged even one young person to take their sport seriously to the next level, I believe I would have done a good job in my life.”

Bains features in the 2023 Guinness Book of World Records, out now.