It was a closed adoption, where the adoptive family and the biological family had no contact. 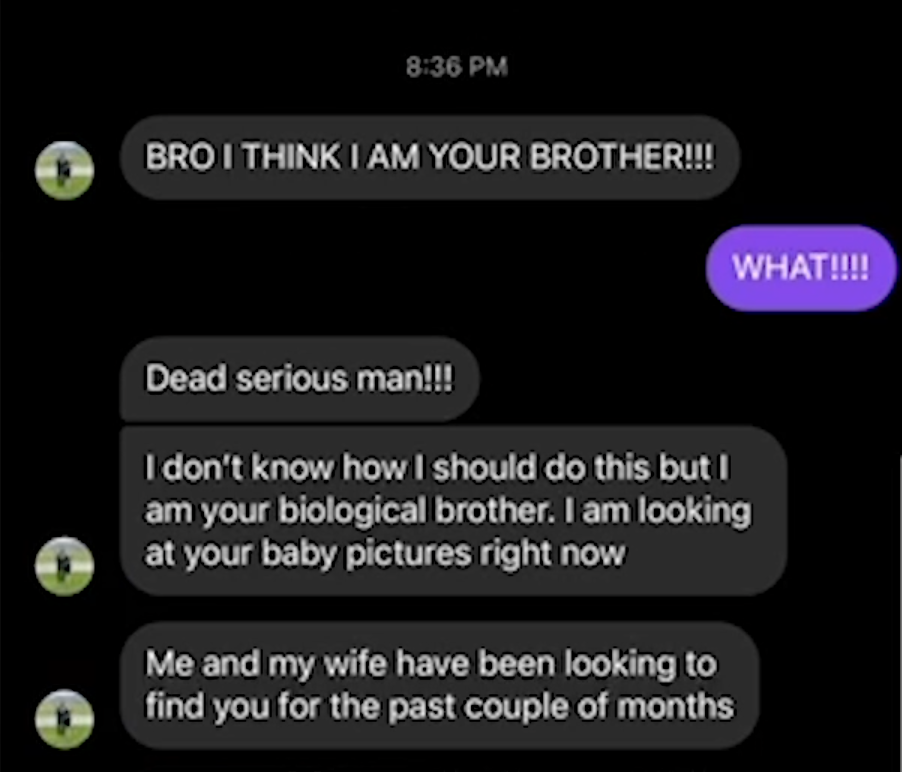 An adopted man discovered his biological family when his brother tracked him down on Instagram, thanks to his unusual first name.

Iverson Poff, 20, was adopted from birth but always secretly wondered who his biological family was.

Raised in Portland, Oregon, by his adopted parents, he was given no information about his biological mom.

It was a closed adoption, where the adoptive family and the biological family had no contact, and the adoption agency shut down when he was five.

His older brother, Jalen Vickers, 22, explained that thanks to Iverson’s unique first name, it was easy for him to be found.

Jalen sent this Instagram message to Iverson in July.

Iverson said: “I opened the message instantly, and I knew straight away who it was. I just knew.”

“I now have that date tattooed on my arm because it is so important to me.”

Just 16 hours after receiving the message, Iverson was on a flight to Salt Lake City, Utah, where his mother and three biological siblings were waiting to meet him.

He described the union as the “most euphoric moment,” and ended up staying there for three weeks.

He is now considering moving to Utah to be closer to them.

Iverson, currently living in Eugene, Oregon, said: “When I first met my family, it was like seeing angels. It was crazy – I can’t even explain it.

“I was actually in the process of doing DNA tests to try and find them on Ancestry, but they found me before I had a chance to finish.”

“I knew I had two biological siblings, but I never knew I had three. It’s all very surreal.”

“I never expected to ever meet my biological family. I have to count my blessings.”

Iverson grew up in a happy household with his adoptive parents and three adopted siblings, with whom he is close, but he always wanted to know more about his birth family.

He said: “I have a great relationship with my adoptive parents, but I always felt like there was a void, or a missing puzzle piece.

In Utah, he learned from his birth mother, Danielle Zimmerman, that she had been unable to support him at the time she got pregnant.

She had flown from her home in Florida at the time all the way to Utah give birth to Iverson there, so his adoptive family could take him straight into their home.

It had originally been a closed adoption, but over time the family changed their minds because Jalen was keen to meet his brother.