The Rupee’s Fall Against US Dollar Not Welcome By Indian IT Industry, Unlike Before 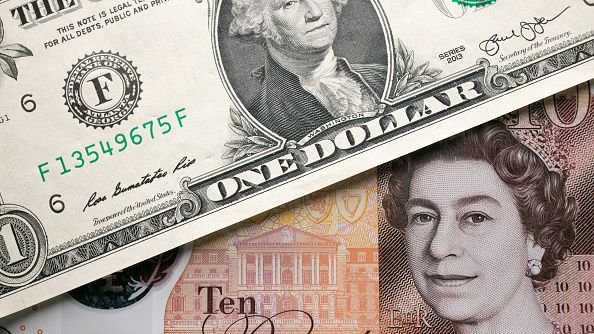 In this photo illustration, the new £10 note is seen alongside a US dollar bill on October 13, 2017 in Bath, England. (Photo Illustration by Matt Cardy/Getty Images)

The US dollar index is hovering at a record-high level, but it is not a good news this time around for an export-oriented Indian IT services industry

The strengthening of the greenbacks against the Indian Rupee would have been cheered by Indian IT firms in a normal scenario, as the rupee’s fall in the past has supported their operating margins and boosted their revenues.

But things look different this time. Rupee is not the only currency that the US Dollar is strengthening against. It has also been going strong against all major global currencies including Euro, Pound Sterling, Australian Dollar, and Japanese Yen among others.

As a result, the Indian rupee has rather strengthened against many of these global currencies. Such volatility in the cross currencies has created a situation wherein Indian companies have to forgo most of the gains coming from rupee depreciation.

With the UK and EU regions contributing around one-third of large IT firms, much of these gains are shaved off.

“The net impact of the rupee fall against the US dollar is positive as Indian IT companies draw more than half of their revenues from the US. However, the rupee appreciating against Euro and Pound Sterling will limit those gains.

Those companies with the highest exposure to the US market will reap maximum benefit, while firms with more European exposure will see cross-currency impact eating into their gains coming from rupee depreciation”, said Pareekh Jain, an IT outsourcing advisor & founder of Pareekh Consulting.

The $227 billion worth Indian IT Industry draws more than 50% of its revenues from the US, while Europe contributes about 30% with the rest coming from other geographies including the Asia Pacific (APAC) region.

With the rupee depreciating around 10% in 2022 so far against the dollar, Indian IT firms could have added about 2% to their operating margin. Usually, a 1% depreciation in the rupee improves operating margin by 15-20 basis points for Indian IT companies. However, such gains are going to be limited owing to cross-currency headwinds.

However, industry experts are of the opinion that the impact of this volatility will be company-specific. For instance, India’s largest IT services exporter Tata Consultancy Services (TCS) drew 53% of its revenues from the US during the first quarter that ended June 2022. During this period, the UK as geography contributed 14.9%, and continental Europe 15.2%, while the APAC region contributed about 8%.

“Exposure to regions will determine the effect of currency volatility. Forex hedging policy is another factor to look out for,” said Jain.

Meanwhile, global consulting firms also said that IT services providers are likely to pass on the increased cost to clients for protecting margins.

“In Europe, currencies such as the Pound are losing ground against both Euro and INR. Some providers (IT firms) serving the European market have expressed that they may have to pass on higher costs to customers.

Hence, IT service providers would like to include the price risk factor into deals”, said Mrinal Rai, Senior Manager, and Principal Analyst at a consulting firm, ISG.

“Although providers hedging strategies have worked to tackle such (forex volatility) situations, providers with smaller hedging periods may benefit,” he added.

Indian IT services providers are facing huge pressure on their operating margins owing to rising wage costs. High employee attrition numbers in the last one-year amid increased demand for technology talent have forced companies to raise compensation and provide out of turn bonus and other incentives.

In the first quarter of FY23, most large and mid-tier IT firms have seen more than 20% employee attrition levels. However, of late companies have taken various measures including holding back variable payments in their bids to reduce costs.

In this perspective, cross-currency headwinds may aggravate margin pressure for the Indian IT industry in the coming quarters.