It is capable of holding objects hundreds of times its size – and is woven into elaborate structures to help humanity. 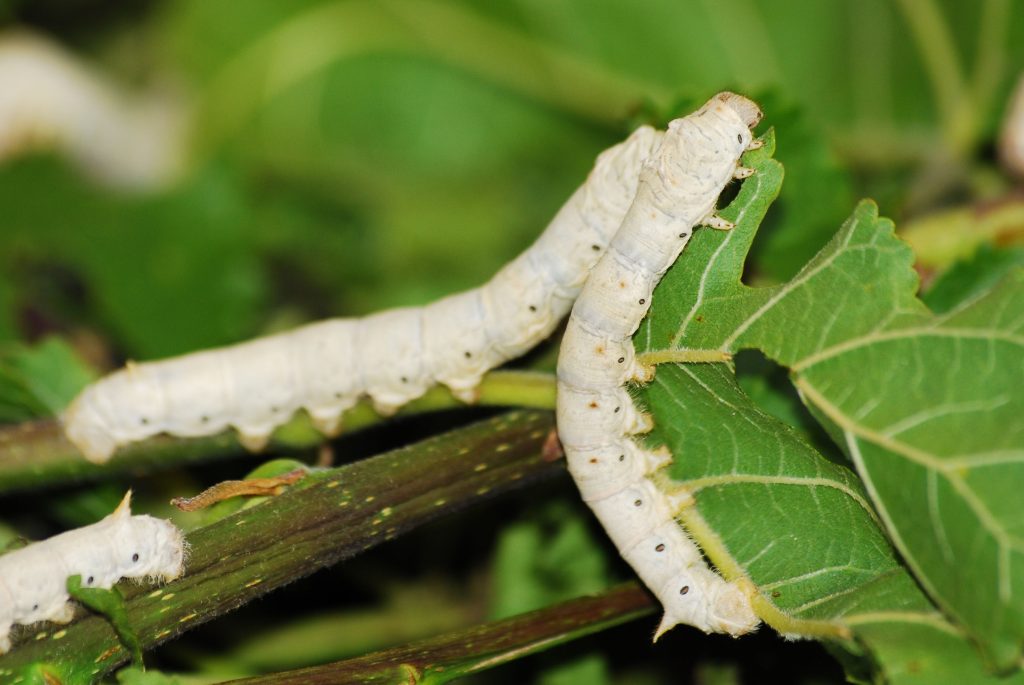 Silkworm thread has been turned into the world’s most powerful natural material, according to new research.

Scientists have made it 70 percent stronger than a spider’s by removing a sticky outer layer – and spinning it manually.

Thinner than human hair, silk is lighter than cotton but five times harder than steel – relative to weight.

It is capable of holding objects hundreds of times its size – and is woven into elaborate structures to help humanity.

Spiders hold the market for producing the best but are too aggressive and territorial to be farmed.

The next best alternative involves incorporating their DNA into silkworms – an expensive and difficult-to-scale process. Now a Chinese team claims to have the answer.

The breakthrough described in the journal Matter could be a game-changer for industries ranging from construction to medicine.

Silk symbolized wealth and status. It was used in luxury robes and apparel, fitting for royalty alone.

Today, it is more likely to be found in biomedicine for stitches and surgical mesh or for tissue regeneration due to its biocompatibility and biodegradability.

Farmed silkworms are the most common source. But these silks are weaker and less durable than spider draglines, which naturally do well under high tension.

Dr. Lin said: “Dragline silk is the main structural silk of a spider web. It is also used as a lifeline for a spider to fall from trees.”

Silkworms use their softer silks for the construction of cotton-ball-like cocoons during the transformation into moth forms.

Dr. Lin and colleagues were inspired by the artificial spinning of spider egg case silk – a close relative to silkworm silk that does well in the spinning process.

Natural silkworm silk is composed of a core fiber wrapped by glue. It interferes with spinning for commercial purposes.

So the researchers boiled silk from the common silkworm Bombyx mori in a bath of chemicals that could dissolve the glue and minimize the degradation of proteins.

Solidifying it in a bath of metals and sugars then enhanced spinning.

Dr. Lin said: “Since silkworm silk is very structurally similar to egg case spider silk, which has previously been demonstrated to do well in a mix of zinc and iron baths, we thought to test this alternative method to avoid hazardous conditions used elsewhere.”

“Sucrose, a form of sugar, may increase the density and viscosity of the coagulation bath, which consequently affects the formation of the fibers.”

Once manually spun and drawn, the silks are thinner than the original silkworm silk, reaching nearly the same size as spider silk.

Scanning them under a microscope showed they were “smooth and strong” – indicating the artificial fibers could withstand force.

Mimicking the silk that silkworms and spiders create is big business. Natural silk has existed for more than 300 million years.

It is produced by animals belonging to the phylum Arthropoda. Silkworms, spiders, and lacewings are among the creatures that can produce incredible natural substances.

Silk is beautiful, but outside the aesthetic value and the ability to create garments, the property most people are interested in, is its strength.

The fibers are some of the strongest in nature – and are well tolerated when implanted in sheep, rats, and pigs. This means they have promising applications in medicine.

Spider and silkworm silks are made using unique proteins that are spun in the creature’s glands.

Silkworms are the larva, or caterpillar, of the Bombyx silk moth and can be used for silk textile production as they are easily farmed in great numbers.

The silkworm pupates in a protective cocoon which it spins from silk secreted by its salivary glands.

The cocoon’s silk is colorless and it is easily cleared of minerals, making it an ideal material for winding into a thread.

In contrast, spiders use their silk for web building, reproduction, and catching prey, although they produce comparatively small amounts.

Predatory spiders spin out their silk to make webs and cocoons, while a silkworm uses the silk to produce cocoons for metamorphoses.

The fibers that they make are lightweight, elastic, and strong. Both of these kinds of silk have the potential to be used in medicine and the military.