I still go down there and look for her, I still expect to see her. 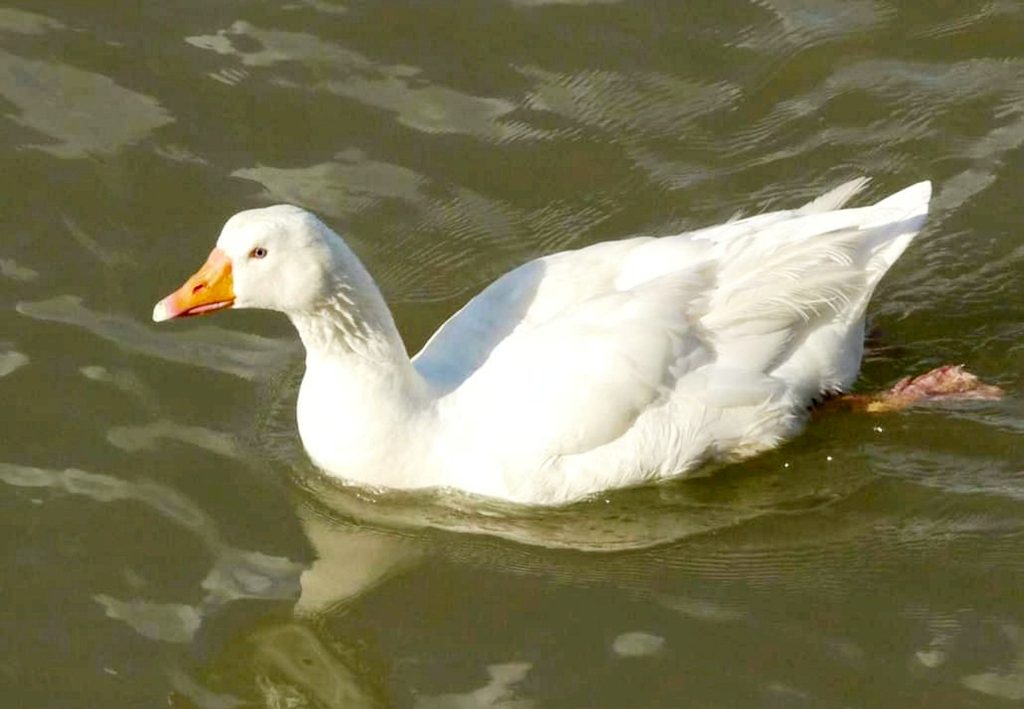 Derek the goose having a swim. (Photo by Carron Scott via SWNS)

A much-loved female ‘celebrity’ goose has been immortalized – with her own STATUE.

The Snow Goose named Derek, despite actually being female, vanished in October 2021, leaving only some feathers and is presumed to have died.

The loss was felt hard in the town of Wachet, Somerset, where Derek had lived in the harbor for more than a decade.

Residents feared she may have fallen victim to an animal attack, as a pet peacock was recently taken by a fox.

The statue of Derek was funded by donations from around the world and has now been put up in the harbor where she was fed by boaters.

Derek was initially thought to be a male snow goose – it was not until she laid eggs that she was identified as a female bird – but the name stuck.

She was regularly fed by boaters at the marina and became noisy when she was not fed on time.

The memorial was organized by Carron Clark, who started a petition to raise the required funds for it.

The sculpture was made by local artist Chris Phillingham’s business, Creative Fusionz, and was unveiled on October 2.

Cllr Lorretta Whetlor, who was instrumental in getting Derek’s sculpture approved by Somerset West and Taunton Council, said: “All the boat owners used to feed her, and she became quite a celebrity.”

“I still go down there and look for her, I still expect to see her.”

Having migrated to the town ten years ago with a gaggle of geese, Derek stayed behind to enjoy regular snacks from the locals of broccoli and Weetabix.

Derek’s fame increased after she disappeared, with Goose Island Beer Company naming an IPA after her.

At the memorial, Clark said, “It’ll just bring a sort of cheer.”

The statue received donations from around the world, including people living in the United States and Australia.

Clark said previously: “I’ve had people contact me who saw Derek while they were here on holiday.”

“She was fun and never afraid of the limelight and made several TV appearances, often in the background.”

“Derek is a part of Watchet’s history.”

Watchet harbor was notably the inspiration for Samuel Taylor Coleridge’s poem “The Rime of the Ancient Mariner”, which is commemorated in a bronze statue along the harbourside.

Carron, who runs the Facebook page ‘Derek the Female Goose‘, received a huge number of supportive comments though expressing sadness at the loss of Derek.

One woman commented on a post announcing the death of Derek; “Very sad day. Derek gave so much pleasure to visitors and locals. Will be so missed.”

While another commented: “This is very sad, I’m new to Watchet only having arrived in August, but I leave very early for work and saw Derek on the slipway in the harbor my first morning, and have seen Derek most mornings since.”