Those With Early Onset Dementia More Prone To Committing Suicide

Patients receiving a dementia diagnosis before the age of 65 had 2.82 times increased risk of suicide. 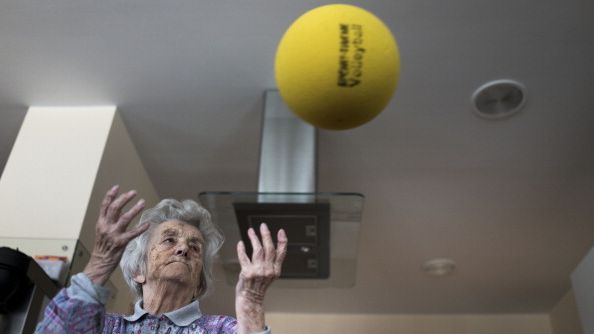 Day guest Helga during a sport lesson in the geriatric day care facility of the German Red Cross (DRK, or Deutsches Rotes Kreuz) at Villa Albrecht on March 18, 2013 in Berlin, Germany. (Photo by Carsten Koall/Getty Images)

In the UK, around 850,000 people are currently living with dementia, and it is the leading cause of death. Around 42,000 of those have young onset dementia.

It is estimated that only around two-thirds of those living with dementia have received a diagnosis, and improving access to a timely and accurate dementia diagnosis is a major National Health Servicoe (NHS) priority. However, the expansion of memory clinics for diagnosing dementia has not always been accompanied by additional resources for supporting patients in the difficult period after they are diagnosed.

“However, a dementia diagnosis can be devastating, and our work shows that we also need to ensure that services have the resources to provide appropriate support after a diagnosis is given.”

Researchers from Queen Mary University of London and Nottingham University, undertook a study of medical records from 2001 to 2019 to determine if there was a link between dementia diagnosis and suicide risk. The team found that just under one in 50 patients diagnosed with dementia died by suicide.

The findings, published in JAMA Neurology, showed that patients were at a higher risk of suicide after a dementia diagnosis if aged under 65, during the first three months after a diagnosis, or if they had a known psychiatric illness.

The research team said that early recognition and a timely accurate diagnosis of dementia, combined with specialist support, are “hugely important” factors in reducing the distress caused by a young onset diagnosis.

Lead author Dr. Danah Alothman, of the University of Nottingham, added: “These findings suggest that memory clinics should particularly target suicide risk assessment to patients with young-onset dementia, patients in the first few months after a dementia diagnosis and patients are already known to have psychiatric problems.”