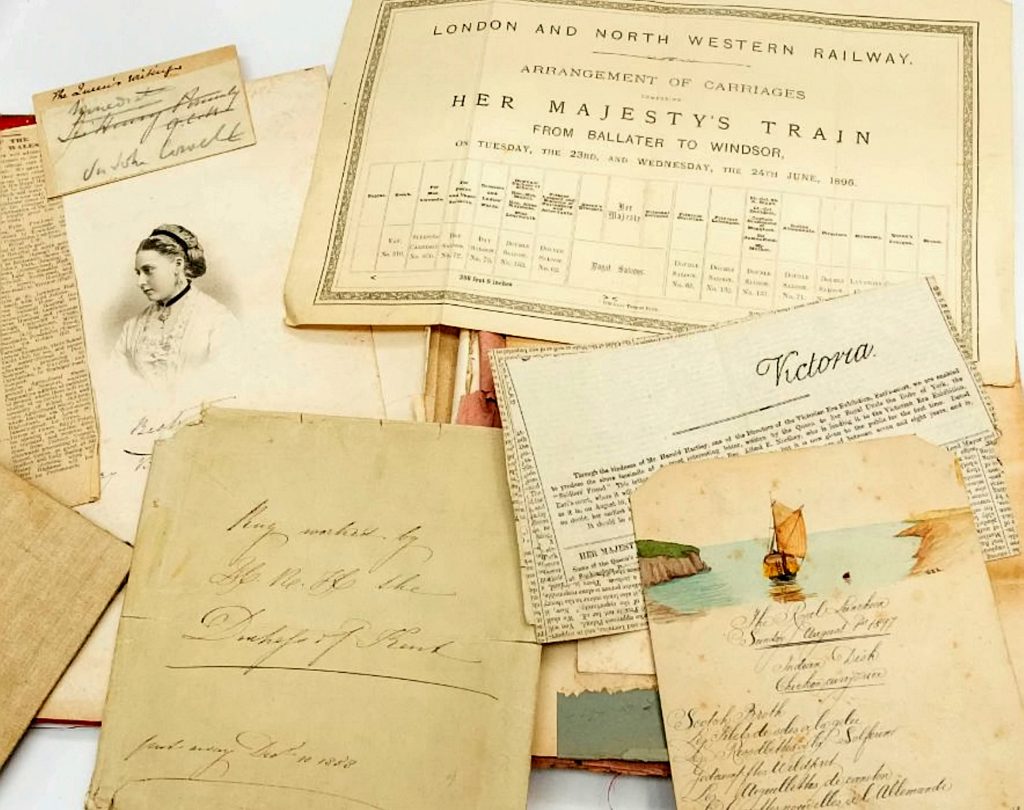 A fascinating haul of royal letters reveals that Queen Victoria may have been one of the first people in the world to use drunken ‘textspeak.’

The British monarch often penned letters while tipsy and preferred using shorthand versions of words – including the letter ‘q’ for queen.

In one handwritten letter, she wrote: “The q. wishes to know the height of the gypsies’ male donkey.”

The unsigned letter also shows ‘which’ shortened to ‘wh’, which is not dissimilar to modern textspeak.

The scrawled drunken notes were discovered in the home of a retired antiques dealer on the Isle of Wight, close to Queen Victoria’s beloved vacation home, Osborne House.

The haul, along with other royal trinkets, is set to fetch thousands when they go under the hammer at Hansons Auctioneers in the UK.

Paper specialist Jim Spencer said: “A forensic graphologist helped me with the letter as it was near impossible to decipher any of it.”

“Letters written in her final years are notoriously challenging to read.”

“The graphologist confirmed it is by Queen Victoria, and managed to transcribe most of it.”

“They suggested she may have been a little drunk when she penned it due to the way the words drifted off and the fact that they were so large – about three words to a line.”

As well as the royal correspondence, finds include a royal menu featuring chicken curry, Queen Victoria’s nightdress, her daughter Beatrice’s bloomers and toy box, and a 1632 stumpwork Bible.

“However, her absolute favorite tipple was said to be Scotch whisky mixed with Claret.”

Other items include a signed letter from Princess Helena addressed to her mother, Queen Victoria, on Cumberland Lodge letterhead, April 23, 1884.

She wrote: “Darling Mama, I am sending you a little book I think you may like to have. Some of it is very beautiful – indeed I like it all. Your devoted child, Helena.”

A lithographic letter granting permission to visit Osborne House, headed in ink, ‘Windsor Castle, November 17, 1897’ and four menu cards, 1896-97, for Her Majesty’s Dinner, the Royal Luncheon, and the Royal Wedding Breakfast, including an ‘Indian Dish of chicken curry & rice,’ is set to fetch up to £1,500 ($1,698 USD).

Bloomers that belonged to Princess Beatrice, the fifth daughter and youngest child of Queen Victoria and Prince Albert, have been valued at £400-£600.

The items were found at the former home of Marilyn Rose, 90, who opened her first antique shop in the mid-70s on the Isle of Wight.

Her son, Tim Rose, 64, a retired forester from Warwickshire, said: “My mother is moving, and we have been clearing the period property.”

“The royal correspondence, bloomers, and nightie were among several fascinating finds, some of which are new to us.”

The sale also includes a piece of lace bearing a note which reads, “Portion of the Pall that covered Queen Victoria’s coffin on her last journey from Osborne. Isle of Wight, Feb 1st, 1901”

The royal haul will go under the hammer on Friday, October 10.